Kevin Taft is a critic with Edge Los Angels. This account has been auto-generated, and does not indicate that this person is an active member of Show-Score.com. That said, if you "follow" this member, you will automatically be updated whenever s/he writes a new review. 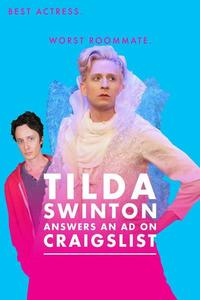 for a previous production "The cleverness of Lane's script and the sharp comedic mastery of Lenk makes 'Tilda Swinton' a play you won't forget...Lenk is simply remarkable...He takes the iconic and quirky actress and amplifies the things about her that make her sort of kooky...Lenk's immaculate timing is what makes the role work...Consistently hilarious...For a show with a set up as goofy as this, it was a surprise to also be moved in between stomach-clenching laughter." Full Review