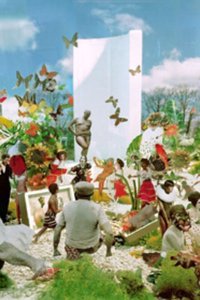 See it if You want a transformative experience in the theater and you care about what great art has to say about the times we're living in.

Don't see it if You want to be entertained.

Also MASTER was a transformative experience in the theatre. It is poetically and politically resonant on so many levels. The space itself (the set?) is a sprawling gallery filled with sensitive and often devastating visual art by a man named Uncle Jimmy who was obsessed with re-framing Mark Twain's Huckleberry Finn on terms that reflected the political and social realities of the Black experience in America. Eventually - Uncle Jimmy's surviving family speaks about the man himself and the gallery is transformed in their narration of the great works on display. I haven't seen a piece of theatre that addresses race and art in America like this one does - it's emotional, raw, and staggeringly beautiful. It also doesn't tell you how to think or feel - it just lets you have an experience, and leaves you in the end almost breathless and heartbroken, but ready to see differently. It was one of the most meaningful experiences I've had in the theater in a very long time and I won't forget it.... Read more Read less