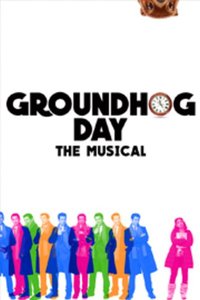 See it if If you are a super fan on the movie, Andy Karl, or Tim Minchin.

Don't see it if You have something better to do and wait until ticket prices drop.

Also Andy Karl is the only saving grace of this production. His voice and acting skills are on a higher level than his counterparts - although he is only seen as a jerk and narcissist the entire show, it's hard to like his character.

The towns people on the other hand are way too over the top. I don't honestly believe that everyone in this town is that happy. If they are fantastic, but man they need to tone it down.

There were only two numbers that I actually enjoyed - I'd tell you which ones they were, but unfortunately one of them shares a title with three other numbers in this show. Was that supposed to be clever, because I found it annoying.
... Read more Read less