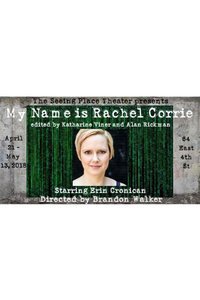 See it if you are interested in great one woman shows or like to learn about other points of view.

Don't see it if you are unable to separate the Jewish people and the Israeli government.

Also I've read the negative reviews here and am frankly perplexed. Yes, there are images shown on the walls, but they all tie into the words and emotions.

Hearing Rachel's own voice from childhood journals to letters home from Palestine allows the viewer to build a picture of a young woman learning about herself and the world, seeing her inherent privilege and facing human indifference to suffering. She was a young idealist, perhaps foolish, but living her truth.

I was drawn in by Erin Cronican's performance, and the time flew. I knew approximately the date of Corrie's death, and as it drew closer, I couldn't believe we were there already. I wasn't ready. Cronican wasn't reading out of notebooks. Her character was.

I highly recommend it.

I find it disappointing that critics are refusing to review the play. It's won a Tony in the past and was a hit in London. It's not exactly propaganda. It's a look at a complex situation from one young woman's point of view, a young woman who died.
... Read more Read less 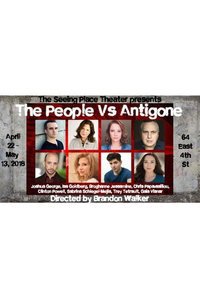 Don't see it if you don't like teenage emotions

Also I very much enjoyed this modern adaptation of Antigone by Brandon Walker. He stayed true to the original while highlighting the play's relevance for today.

The actress playing Antigone was very strong. I felt her passion and her confusion. She perfectly captured the roller coaster that is the teenage mind--seeing the world in black/white, right/wrong.

This was the first time I'd seen Antigone and felt some sympathy for Creon! The actor playing the part emphasized that Creon cared for this young woman, but the stability of the state and the safety of people were paramount.He would do what he had to do, but he would personally regret it bitterly.