Meredith Ganzman is a critic with Center on the Aisle. This account has been auto-generated, and does not indicate that this person is an active member of Show-Score.com. That said, if you "follow" this member, you will automatically be updated whenever s/he writes a new review. 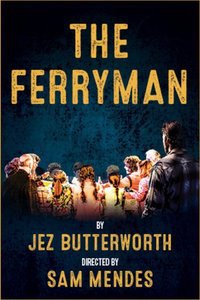 "This incredible thriller, with Sam Mendes at the helm, is a ticket not to be missed...As wonderfully cohesive and skilled as the large ensemble is, the real star of the show is Butterworth’s writing. The Tony nominee dives deep into the dark and tragic tale of generational violence in Ireland...The journey on 'The Ferryman,' though three hours and fifteen minutes with one intermission and one pause, is a straight shot — gripping every minute." Full Review 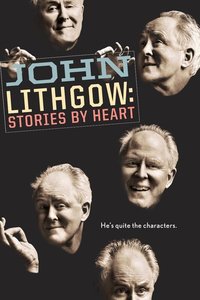 John Lithgow: Stories by Heart
Midtown W
Center on the Aisle
Meredith Ganzman
Get Alerts Alerts On Alerts Off

"Even in a large Broadway house, its an extremely intimate evening with the brilliant Lithgow. He performs almost a dozen characters throughout both his stories. They’re people he has come to know like family. And although as an audience we inherently come to the theater for a good story, Lithgow reminds us that we also take them with us when we go. And a good one can become a part of our character, shaping us for generations to come." Full Review

“Yes, ‘Come from Away’ is heartwarming. One cannot help but be moved and inspired by seeing the citizens of a tiny island band together and selflessly open their doors to help thousands of strangers. And yet something is missing. Although it is based on true, unique stories from 9/11, the musical seems to glaze over the actual tragedy of the events…It would be a more successful show if it dug a little deeper for context and meaning.” Full Review 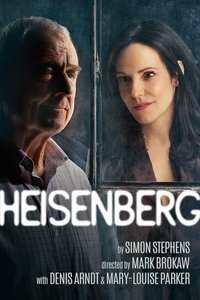 "It’s hard to say what, besides a kiss, brings these two characters together...They are an unlikely and arguably entertaining pair. But that’s less to do with Stephens’ script. Credit is more due to Parker and Arndt, who returned to the play after its off-Broadway run last year. Parker’s Georgie, indeed exhausting in her neurosis, alongside Arndt still charms. And although Arndt is making his Broadway debut so late in life, we are lucky to see him there now." Full Review 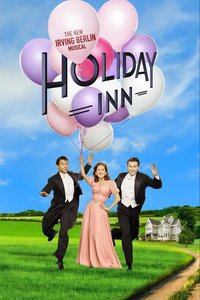 "Unfortunately, much of the production is fairly dim. This is largely due to the book and direction. There are little to no stakes for the characters and the staging, though meant to be nostalgic, lacks any nuance. Though the book may be boring, the cast, led by Pinkham and Bleu is not. Pinkham is truly a renaissance man onstage...'Holiday Inn' is not an inspiring history lesson or theatrical rock and roll concert. And that’s okay. There’s room enough for some simple and brief joy." Full Review 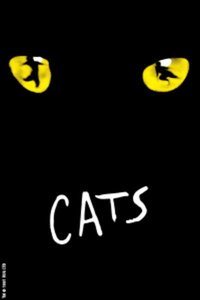 "'Cats' mostly feels old. This musical’s better days may now be behind it, leaving you to question, how did the fur ever take flight 24 years ago?...Not even the nostalgia of magical, Mr. Mistoffelees, danced spectacularly by Ricky Ubeda, can turn back the clock to a time when 'Cats' was considered to be one of the purest expressions of theatre magic and fantasy. Now it all just seems too familiar." Full Review 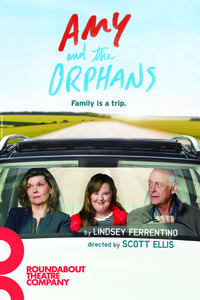 "A good dose of family drama does lend itself to some funny moments...But some late in the show surprises for Jake and Maggie about Amy really just contradict everything the play has previously constructed. Trying to weed through these difficult family dynamics and history overwhelms whatever story 'Amy and the Orphans' is trying to tell. Monk and Blum give strong performances, and Jamie Brewer is a standout as Amy...Our ride along with them may feel even more stagnant." Full Review 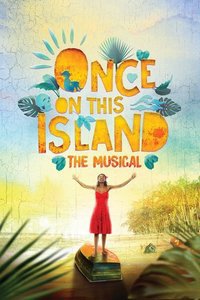 “It is a joy to enter director Arden’s warm, immersive tropical world...Kilgore, in an exuberant Broadway debut, has a stunning voice...It’s lovely to see Lea Salonga back on the boards. Her grace, even in an ensemble role, is just entrancing. Ahrens & Flaherty’s music sounds fresh and vital...Audiences will surely want to see this story again and again. And thankfully, there is beautiful production to tell it.” Full Review 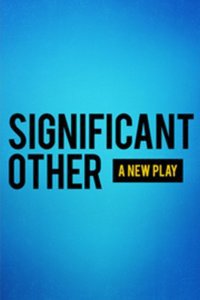 "The Broadway transfer has only strengthened the play. The often quick scenes flow effortlessly and bleed into each other. And all but one cast member, Rebecca Naomi Jones, transferred from the off-Broadway production, and all give strong and unique performances. But this time around, I did feel differently for Jordan. Truly a complex, complete and relatable character, he is a man who longs for a relationship but is in no way ready for or deserving of one." Full Review 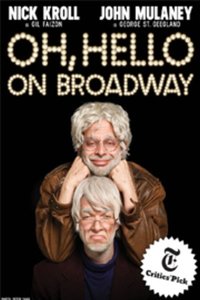 Oh, Hello on Broadway
Midtown W
Center on the Aisle
Meredith Ganzman
Get Alerts Alerts On Alerts Off

"Creators Kroll and Mulaney have honed these characters for more than ten years, who were first born in live sketches and then online videos...For an audience of theatre and comedy nerds, Kroll and Mulaney’s love letter (perhaps stalker note they say) to the theatre is simply hilarious." Full Review

"It’s a delicate and intricate dance between writer and star Simon McBurney, and his sound designers Gareth Fry and Pete Malkin, in this one-man play...At the end it’s all just a little too unclear–the story is unable to uphold the heft of its internalizing questions. Despite the bright lights and big sounds, you’re kind of just left in the dark." Full Review