N
Get Alerts Alerts On Alerts Off

Nobuko Tanaka is a critic with The Japan Times. This account has been auto-generated, and does not indicate that this person is an active member of Show-Score.com. That said, if you "follow" this member, you will automatically be updated whenever s/he writes a new review. 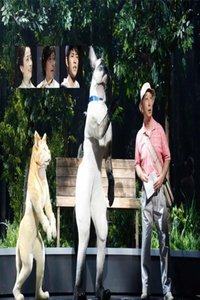 for a previous production "As astonished as the audience was, the novelty soon wore off and those compartmentalized sets became obstacles to the flow of the drama. They started to dominate the stage rather than complement performance, especially when it took a considerable time to shift the set-boxes around...Despite these performances, though, perhaps we should take 'Kafka on the Shore' as an exception that proves the rule when it comes to Ninagawa. There’s no doubt that the director can be a genius on the stage. It’... Full Review