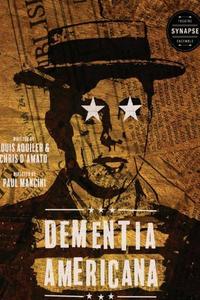 See it if You like being excited by smart, witty, and entertaining productions performed by talented people who are having fun being onstage.

Don't see it if You take yourself very seriously and have serious things you have to do with your serious friends.

Also Honestly some very unique and original directorial choices from Mancini that I am totally going to steal and pass on as my own for future projects, (the reversing of the shooting scene was genius.) Chris D'Amato, Lizzy Lincoln, and Kenneth Marlo gave incredible performances along with the rest of the cast.

There ARE a bunch of anachronisms that people seem to be all butt-hurt about, (Existence of Rollo May, costumes, and the script's dialogue,) but I took that as intentional.

The idea of dementia itself could easily lead into the script's lack of "historical self-awareness" and as the play takes us through the American mindset, this hodgepodge of time periods, music, (the music change during the second shooting scene along with the sound FX of the gunshots causes a dissonance proving this play is not meant to be totally sane,) speech, and dress all show how crazy things were and are, and how they could all easily get worse. 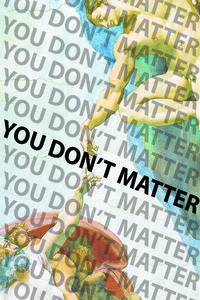 See it if You want to be FOREVER CHANGED by a BRILLIANT script. (Disclaimer: I wrote and directed this play.)

Don't see it if you actually can't see it anyways because it's done.