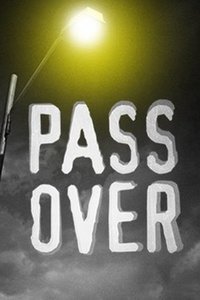 Also 10-minutes into the play, flanked on either side by a row of sleeping audience members of the mature variety, I realized what an interesting venue Lincoln Center was for a show like Passover. It raises the question: who needs to see a politically-geared call-to-arms show like this the most?

Passover holds nothing back. Our protagonists pass the N-word between themselves from sentence to sentence, an intentional choice which one can *feel* send a ripple of discomfort through the audience. This also becomes a major plotpoint. Who are we trying to appease?

Any ardent theatre-goer has likely seen more than one take on the classic, often-frustrating Waiting for Godot format - characters going nowhere. Passover is not a derivative of any production you have seen before. In this context, the passivity of our characters' situation is both haunting, inescapable and true to life.

Passover is anything but a passive piece of theatre. It's directed to the audience.
... Read more Read less 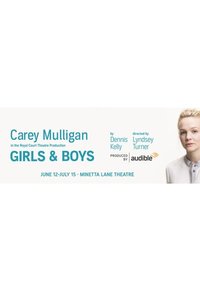 See it if You want to see an incredible actress creating a gem with the material she has been given.

Don't see it if You don't like Carey Mulligan.

Also Girls and Boys is a good play. Carey Mulligan makes it great.

This play has a lot of amusing anecdotes. Kelly clearly is a master of dialogue and I applaud him for crafting such strong spoken material for an actress - I'm sure this is why Mulligan was compelled to take the role. Unfortunately, midway through, we lose a lot of this character's original voice in order to make way for description of certain plotpoints - this is the major flaw of this one-woman script. To avoid giving anything away, there is a reveal which feels overall unearned by the time it comes around. In a 95-minute monologue, of which plenty is discussed, it would have been nice to retrospectively link together moments of foreshadowing. There is too much pointless filler.

The discussions of violence in men - how early can we spot it, can we ever see it coming - is thought-provoking and powerful. However, it isn't spoken about or sprinkled throughout the play nearly enough for it to sell the final payoff.
... Read more Read less 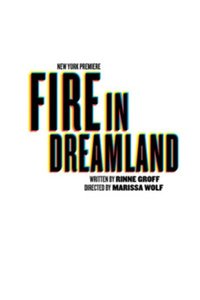 See it if You're a real pragmatist with a hidden desire to be swept away. Fire in Dreamland steeps romance with a healthy dosage of realism.

Don't see it if You want something overtly political, don't like interesting female leads or honest portrayals of middle-age crises.

Also Fire in Dreamland is a deceptively simple play. At it's core, our protagonist wants to be swept away by another person's (in this case, a smoldering European named Jaap) vision of a past event - one so bold, cataclysmic and ambitious that it's nearly impossible to make reality. Against her better judgement, she lets go of her reservations and gets on the rollercoaster.

This is a slow ride. This isn't a bad thing. This play has one of the best monologues I have seen on stage this year and Rebecca Naomi Jones excels in the lead role. When she asks you to close your eyes and imagine - try it.

Like the CGI Jaap wants to use to 'make his dream come alive', Fire in Dreamland suggests that our romanticized notions of how life should be are not always going to come together in the end. The conclusion to this play is real, powerful and heartfelt.
... Read more Read less 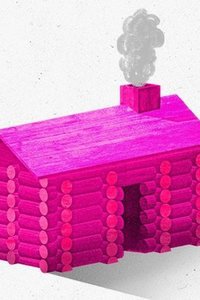 See it if You are interested in dynamics dividing modern LGBTQ culture, depicted by a talented playwright

Don't see it if You don't like plays about LGBTQ people or Jesse Tyler Ferguson.

Also Log Cabin is a thought-provoking piece. I believe anybody who views it will come out of the theatre with opinions on the characters' own views, which is a triumph in itself.

To me, most interesting character is Jules, a middle-aged lesbian whose viewpoints on transpeople veers into TERF territory at some points. Her dismissive attitude recalls certain conservative politicians, and highlights how in 2018 (2012 in the play) complacency in the LGBTQ community can make way for divisiveness - and exclusion. When divided, are we obligated to have empathy when we ourselves our no longer affected?

The play falters in places. Henry's millennial girlfriend, Mina (like the bird) serves only to prove Henry has shades of misogyny - and to call out the relative wealthy luxury our protagonists veil themselves behind. Relevant criticism - but with no other impact on the plot, I struggle to justify her one-scene appearance.

With so many discussions, Log Cabin at times feels like a play about ideas
... Read more Read less 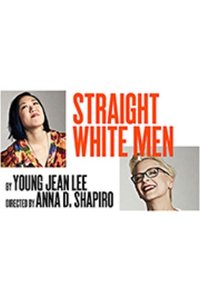 See it if An intelligent play that asks the audience to think for themselves excites you.

Don't see it if You need all the answers delivered to you on a silver plate.

Also As a young woman from a low-income background, I greatly enjoyed being welcomed to the theatre by the music of CupcakKe.

Straight White Men is not a play set out to overtly lampoon its characters. These 4 liberally-educated, intelligent men have been raised to be aware of their own privilege - and it cripples them. However simple the play itself may seem, what the playwright has depicted on this stage is incredibly political. If you feel disconnected to these characters, or have seen dozens of other plays about wealthy white people being mean to each other, that's the point - this is what sells.

This is how POC feel every time an Edward Albee play is restaged. Be open-minded. This is the most thought-provoking play you'll see on Broadway in a long time.
... Read more Read less