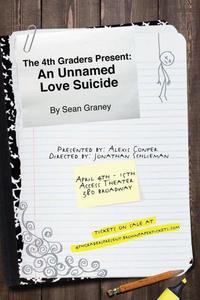 See it if you enjoy a well-designed & well-directed tragedy with tear-jerking performances, hauntingly beautiful music, and charming comedic moments.

Don't see it if you can't handle a rollercoaster of comedy & tragedy, you don't like to feel emotions, you aren't imaginative enough to see adults as kids.

Also The performance I saw was wonderful, with several gut-wrenching performances, especially from the women playing Lucy Law & Rachel. The "mean girls" duo was also terrific. The singer was phenomenal, and her voice, along with the rest of the music and sound design, enhanced the eerie tragedy of the piece. The bully was well-cast. The lead was adequate, but trying too hard to get laughs. A note: This is a tragedy, though there are obvious strong comedic elements; there was someone disruptive in the audience who gave a review here (Radrunninal, 37) who obviously didn't get the show at all. He talked throughout much of the show and cheered when the protagonist committed suicide, which was insensitive, rude, and distracting. If you don't "get" a show, fine, and if you don't like a show, that's your prerogative, but don't be obnoxious at a performance & then give a bad review. The rest of the audience was enrapt due to the emotional subject matter and extremely engaged the night I attended.... Read more Read less