Stephen M. Hornby is a critic with Attitude (UK). This account has been auto-generated, and does not indicate that this person is an active member of Show-Score.com. That said, if you "follow" this member, you will automatically be updated whenever s/he writes a new review. 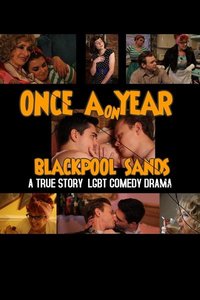 Once a Year on Blackpool Sands
Midtown W
Attitude (UK)
Stephen M. Hornby
Get Alerts Alerts On Alerts Off

for a previous production “The basic premise of the play has a lot of comedic potential and much of it is realized...There is some difficulty of tone between the two parts of the play, and this becomes more apparent in the second half...But overall, Parry’s script convinces. The direction was a bit cumbersome, allowing the pace to drift and as series of scenes to be played with the same mood and tone repeatedly, but the strong central performances carry it...Funny, surprisingly political and full of revelations." Full Review