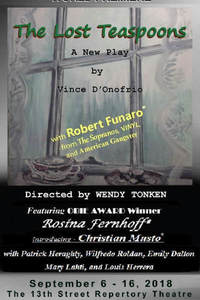 See it if You like good acting from the leads.

Also Had a few funny lines but overall it was not well directed. A lot of the scenes were sitting and with writing that dragged on it was rough at times but the actors did a great job holding it together. The lighting helped isolate the rooms and where to be looking. They had a nice touch of a window where characters would cross back and forth. They oversold the night my wife and I saw the show and to our surprise they asked if people in the audience would volunteer to give up their seats. The set designer did not think about the set changes, they had one person moving everything all alone, they handled it well but it should have been a 3 person job. Majority of the costumes didn’t seem to reflect on the time period. I wouldn’t have known the year, except for a few things mentioned. But worth seeing because some of the cast members do a great job. The lead women does an fantastic job and the young boy has a lot of talent, it’s wonderful to watch.... Read more Read less