W
Get Alerts Alerts On Alerts Off

Will Hermes is a critic with Rolling Stone. This account has been auto-generated, and does not indicate that this person is an active member of Show-Score.com. That said, if you "follow" this member, you will automatically be updated whenever s/he writes a new review. 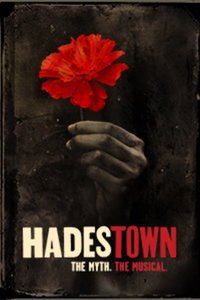 "It’s lost some intimacy from its Off-Broadway run, and gained some more conventional expository show tunes, which lard the opening section perilously...But with the entrance of Persephone — played with boozy authority by Amber Gray, rewinding her Off-Broadway role — things gain steam quickly...The whole cast is on point...The music...generates thrilling momentum with the sort of free-range musicality you rarely hear in Broadway shows.” Full Review