Y
Get Alerts Alerts On Alerts Off 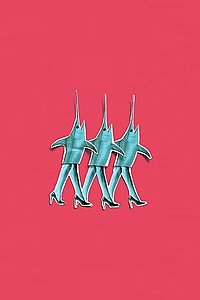 See it if if you want to see great performances, especially by Adina Verson. if you like cheeky jokes and enjoy the empowerment of women.

Don't see it if if you don't like silly comedic plays. if you don't appreciate satire and a bit of absurdism. if you want an intelligently funny play

Also The show is essentially 3 really funny sketches exploring women in relation to the men they are defined by and the other women they are pitted against.

The sketches were clever and very entertaining. Some of the jokes and comedy were great, while much of it felt trite and inorganic. I personally don't think modern text speak and using modern cuss words in a period setting is inherently funny (but this productions does).

That's one of my issues with the production: it thinks it's funnier than it is. When it tries the most is when it fails the most. The casual effortless comedy is rather successful especially when played by the wonderful Adina Verson.

My second issue with the production is the last 2 scenes. The penultimate just falls so flat in comparison with the first 3. It doesn't seem to echo the previous scenes at all, nor does it set up the last scene. The last scene was beautiful to look at, but was over intellectualized and all the words mostly became texture.
... Read more Read less 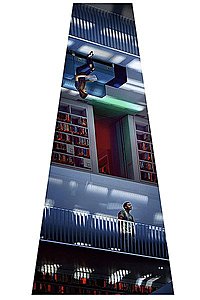 See it if if you enjoy intermittent electronic, light crazy dance sequences. if you like seeing portraits of young millennials on stage.

Also It was fairly decent, though I found the dancing interludes to be quite detached from the story and production, giving them an added on, afterthought, feel to them.

Many of the characters are written so heavily leaning into archetype that I struggled to relate to them or even empathize with their conflicts and decisions.

The portrait of a troubled, and depressed young woman did shine through the show, and I did feel moved by the end with her quiet and slow journey navigating young adulthood. The last third of the scene becomes a twohander (with the young woman and another character) that I found quite moving, and absorbing and genuine (a contrast to much of the first 2 thirds).

The use of a narrator didn't feel productive in this case and even though the end recitation of all the characters' lives was cliche it did make the show feel wider in scale and more moving.
... Read more Read less