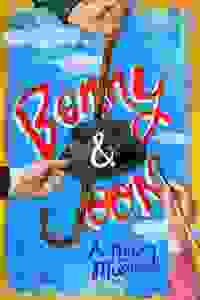 Based on the 1993 film starring Johnny Depp, this new musical is offers a comic and tender-hearted celebration of love: between children and parents; romantic partners; friends; and most of all, siblings. More…

The pair at the heart of the show are Joon, a young woman dealing with mental illness, and Benny, the big brother who’s determined to take care of her. When a charmingly eccentric stranger comes into their lives, he throws their carefully calibrated world off-kilter—maybe for the better.

See it if If you like a nice brother and sister relationship show that is entertaining and warm.

Don't see it if If your not into serious musicals with a serious subject matter.

See it if You’re a fan of the movie. Bryce Pinkham is the perfect Sam

Don't see it if You want serious theatre. This is a fun, light show full of great physical humor.

See it if like small musicals with focusing on characters that are quirky. a small show that would do well in an off-Broadway space

Don't see it if need big production numbers then this is not for you. music is nice but not memorable

See it if you want 2 c a very sweet, moving musical about a brother/sister relationship & the importance of family in caring & protecting each other.

Don't see it if you don't like serious musicals that touch on mental illness told through the eyes of the brother/sister relationship & the sacrifices made.

See it if Ok, I was prepare to be disappointed. But this show won me over completely. The music and lyrics are uneven and mostly forgettable. But this

Don't see it if cast was spectacular. Bryce Pinkham and Hannah Elless both shine. Bryce in particular gives one of my favorite performances in a while.

Also It's definitely worth the trip.

See it if Raw material with so much possibility...needs to be further developed and songs reworked. Bryce,

Don't see it if Not currently a classic, or even a hit.

Don't see it if you need a stronger book, score and direction from this show that can't help wandering off. The show's strongest moments involved Pinkham.

See it if You can find a production! If you like musicals with heart, this is one that shouldn't be missed. Hope the cast is as fine as this one was!

Don't see it if You are turned off by characters with disabilities & don't think that you'll enjoy the subject matter in a musical, however wrong it may be

See it if you've never seen the movie so don't know what the production is missing; willing to sit through many phoned-in songs for a few good ones

Don't see it if you love the movie, expect great music throughout, want a nuanced Sam. Pinkham's choice of deadpan except for impressions didn't work for me

Also We were sitting in the mezzanine and the emotions/music didn't carry that well. Probably would have rated this higher if we were closer. Also, this production needed better miking!... Read more Read less

See it if You like Bryce Pinkham - great actor. You've never been to Papermill Playhouse - SO cute and easy to get to from NYC. You liked the movie.

Don't see it if You did not like the movie and you do not like quirky shows. It is definitely different, not a standard musical.

See it if You love romance and want to see a sentimental, moving work of theatre.

Don't see it if You do not want to make a trip out to New Jersey.

Also The show needs some work if it is going to move to broadway, but it is an amazing work of art!... Read more Read less

See it if You loved the movie and are looking to see it come alive on stage.

Don't see it if You’re looking for something that’s fluffy and doesn’t challenge your intellect.

See it if You enjoyed the film and enjoy theater with a deeper message, even hidden behind fun songs.

Don't see it if You are looking for a super happy musical. There is a lot of sadness in the show.

Also The actor who played Sam was incredible. I saw him in a prior show and thought he was much better in this one. The female lead did not portray mental illness accurately and it detracted from the show.... Read more Read less

See it if You know and love the movie, like stories that deal in a lighthearted but truthful way about mental illness.

Don't see it if You want a high-energy musical with big production numbers. This is more like a play with music. It's more play than musical.

Also I enjoyed Benny and Joon. The lead, Hannah Elless, is exquisite. A fine actor with a beautiful voice, and a sensitive interpreter of lyric. (The best songs in the show belong to her). Bryce Pinkham as Sam (the Depp character) is nothing short of brilliant. He does Buster Keaton proud and his mimicry skills up there with Kevin Spacey's (sigh). Jacob Keith Watson (Enoch Snow in the recent Carousel revival on Broadway) does fine work in two roles (video store owner and Waldo).

The backdrop, a green aerial view of suburbia, is simple and static. Moving kitchen/bed works well.

The show belongs to Elless and Pinkham, who get the complexity of these characters right--and sing beautifully on top of it.

Act II is far better than Act I, which falls flat. It's sweet but something's missing (applause was lukewarm vs My Very Own British Invastion). Tatiana Weshsler and Claybourne Elder have no chemistry (her Ruthie is off-base). Both upstaged by Pinkham and Elless. (The movie date well-done.)

See it if You want something original portrayed with clever staging, outrageous acting, and great singing.

Don't see it if If you need production numbers with dancing, and splashing sets.

Also This show was staged spectacularly with simple but clever machinations of props. Bryce Pinkham alone will make anyone enjoy the show. The topic and plot were engaging and not predictable. The character development made the individual personal foibles understanding, empathetic, and endearing. Reward yourself and see this show.... Read more Read less

See it if you enjoyed the movie, you should enjoy the musical. The songs were OK, but the performances are strong. Act 2 was much better than Act 1.

Don't see it if you're expecting great theater. Musical from popular movies rarely work. In this instance, this worked better than Pretty Woman.

See it if you like the film or any of the actors in it. See it for Bryce Pinkham alone

Don't see it if talks or scenes of mental illness makes you uncomfortable, want memorable music, or are not a fan of the movie to musical trend

Also Saw this May 1 (evening). It was 2hr 30min with one intermission
-Not only was Bryce Pinkham the strongest actor in this production but he carried it too. He truly is an actor who does vaudeville and 1910s/20s silent comedy stylings justice. He was adorable as Sam! (Wish I could have seen Conor Ryan in this too) His impersonations were phenomenal. If they ever do a bio pic of Buster Keaton CHOOSE HIM PLEASE.
-Weakest actor was Claybourne Elder. He felt very flat to me - both acting and singing
-Hannah Elless was wonderful. Saw her in the Other Josh Cohen and now this.
-No lie, Colin Hanlon looks like a younger Raúl Esparza and he kept throwing me off cause of it
-2.5 hours for this production felt a little bit too long. Could do with a few cuts. If it was under 2 hours it would be perfect. The book and songs still need work but it's promising
-I thought the staging/scenery was fine
-The overhead map thing that Sam does reminded of Groundhog Day. Honestly loved it!

Also Bryce Pinkham dazzles with his many impersonations, physical comedy, and overall quirky performance. Hannah Elless as Joon was also quite good. My greatest disappointment was in the music, which outside of maybe 2 songs, I didn't think added much to the story-telling or emotional weight. It probably speaks volumes to say my favorite musical moment of the show was titled the "grilled cheese ballet"... Read more Read less

See it if This is a delightful production, cleverly staged and well acted.

Don't see it if you don’t have a heart

See it if you liked the movie

See it if Enjoy the movie and would like to see if translated into a musical. Great singing by some and quirky comedy.

See it if You like romantic funny musicals or are a fan of the film. A great take on mental health issues. Also get to visit Milburn and the Papermill

Don't see it if You don't have a romantic heart, or want a huge production.

See it if You want to see a quality show in NJ. It’s different and it’s sweet.

Don't see it if You just want to be entertained by a big musical. There is a story here and that is the focus more that a big, entertaining production.

Also It does drag in parts so would have given higher ratings if it was 20- 30 minutes shorter.... Read more Read less

See it if you can get an inexpensive ticket. The production values and the performances are good.

Don't see it if you are fed up with well-known film titles being made into musicals.

Also This show is the perfect example of why every film should NOT be made into a musical. The production team did their best to capture the charm of the film; however, the subtlety that supported the movie performances doesn't translate to the stage.... Read more Read less

See it if You are interested in a thoughtful, well told story about people who are struggling real life challenges. A must see for Bryce Pinkham fans

Also I had never seen the movie so was not sure what to expect. It was a great, heart warming show. The sets/scenery was so clever! And Bryce Pinkham was awesome (as was the rest of the cast - but to me - he stole the show... Read more Read less 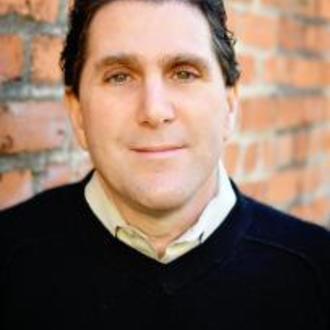 Nolan Gasser
Composer
Get Alerts Alerts On Alerts Off 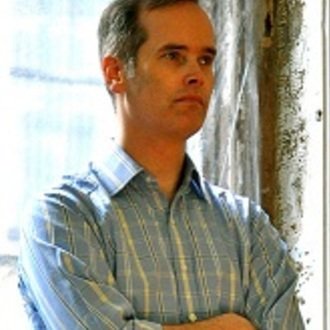 Jack Cummings III
Director
Get Alerts Alerts On Alerts Off 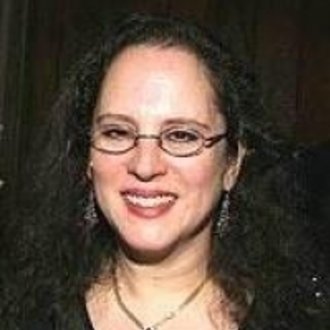 Mindi Dickstein
Lyricist
Get Alerts Alerts On Alerts Off 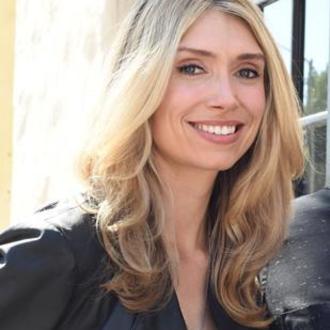 Kirsten Guenther
Bookwriter
Get Alerts Alerts On Alerts Off