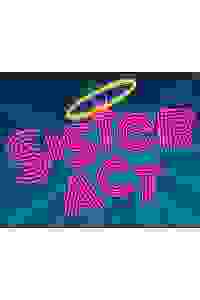 Paper Mill Playhouse presents a new production of the madcap musical about a disco diva, who, after witnessing a murder, goes into hiding in a convent.

Based on the 1992 hit film, this feel-good musical comedy smash sizzles with powerful music, spectacular dancing, and a story brimming with heart. The madcap plot is set in motion when disco diva Deloris Van Cartier witnesses a murder and must go into hiding in a convent—where she clashes, hilariously, with cloistered life. Deloris inspires the sisters with her soulful style, but the church choir’s newfound fame attracts the attention of the bad guys. Featuring original music by Tony and eight-time Oscar winner Alan Menken (Newsies, Beauty and the Beast, Little Shop of Horrors), the musical was nominated for five Tony Awards, including Best Musical.