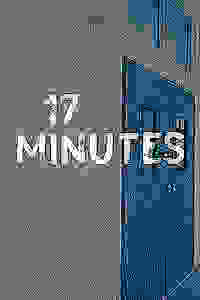 See it if you like an extremely well crafted play with superb acting/directing that tackles the psychological crisis of an individual & his community,

Don't see it if you dislike serious delving into a story of a mass school shooting and the horrible effects it had on a main character & the community.

See it if More focus on the police's perspective in a school shooting than the family / victim. The moment of an angry mother was the most powerful.

Don't see it if Guns / school shootings are triggering. Puts some blame on the police, when it really should be on gun control, not more police in schools.

See it if you want to experience almost first hand the emotional trauma and effects on relationships to everyone involved in a school mass shooting.

Also Every actor in this play is real and very talented.

See it if Powerful & moving theatrical experience which gives a prospective of the aftermath of a school shooting, in a small town. I was on my seat!

Don't see it if This is not a feel good play. If you want to walk out feeling great then skip this one. This is a very realistic drama.

Also Go see it before it moves to a larger house! This is a small gem! Bravo to the entire cast!... Read more Read less

See it if you enjoy well-constructed slice of life, "ripped from the headlines" dramas, performed by a good ensemble cast.

Don't see it if you're looking for an in depth study of the why of school shootings or a fully staged play.

Also This was good, but I didn't like it as much as The Thing with Feathers, the most recent Organ/Barrish offering by TBG. No real twists in this one. Moreover, at times it seemed as if each scene were a separate mini one act play without good transitions from one scene to the next. Seemed written for tv anticipating commercial breaks, if that makes sense. It's the acting rather than the writing that's the reason to see this one & the acting really was good. IMO,everyone was excellent, but Lee Brock stole the show as the mom of one of the victims.... Read more Read less

See it if as a timely piece on a relentlessly tragic phenomenon that engages instantly & keeps you in a slow burn. Cast & writing don't disappoint.

See it if You're not afraid of having the conversation about school shootings and guns in America. You like an intimate theatre (audience faces each

Don't see it if other), with awesome actors. Don't see it if the topic triggers you, if seeing a gun frightens you, or if you're opposed to harsh language.

Also I actually could've stood to HEAR gunshots, in the preamble (beginning), to heighten the emotion... and then take it from there. The production opted not to, but, it was still a great and emotive piece of work...... Read more Read less

Don't see it if you find the topic of mass shootings too difficult.

See it if you want to see a powerful play about guilt and accountability that takes place after a school shooting.

Don't see it if you want a lighthearted or elaborate production. This is a heavy drama that consists of a series of two-person scenes and a bare-bones set.

Don't see it if You’d dislike a somewhat slow-motion & stilted emotional spinning machine of a play. Not much meat on these highly predictable bones.

Also This production is technically excellent & every actor here did a great job with what the script had to offer.

The lighting & set are also marvelous.

I just was not impressed with the script.

Except for the first and last scenes (2 out of 7), the play seemed more stilted than real.

And much longer than those 17 fatal minutes when the deputy did nothing to halt the bloodbath.

Don't see it if you like comedy, you are a fan of guns, you don't care about gun control

Also This play was riveting and very well done. The only problem is that it was staged with audience on opposite sides of the playing area, which meant that when the actors' backs were turned you missed a lot of what they were saying. And what they were saying was important.... Read more Read less

See it if You want to see good acting in a heavy drama that has a somber tone.

Don't see it if You want something insightful. The play does not reach a conclusion.

See it if you want a well acted, well directed play about a school shooting and the effects on the families community and the police...well done...

Don't see it if you don't want a heavy drama that stings...

See it if You are interested in seeing a slow burn character study.

Don't see it if You want a comedy.

Also Some of the early scenes are very slow paced and I felt I was 2 steps ahead of everything that was happening. But everything turned for me in the plays final 3 scenes where realism and acting became very strong.... Read more Read less

See it if Aftermath of a school gunshot; perspectives of various agents; all actors are great; playwright aims to provoke but not to resolve

Don't see it if Audience seated at both sides of a middle ground/stage, can see others’ faces in scenes; 80 min no intermission; super depressing ending

See it if You like topical plays that present their story as almost vignettes . Enjoy good dialogue and a few powerful moments.

Also This play is basically a situation. In the end if you tried to describe the lead character (a sympathetic portrayal based on the officer who did nothing in the Parkland shooting) you would describe the situation not any arc or trait or archetype. The author thought the play was about guns so inserts discussions about guns (often ignorantly) in every scene. In the end a play can’t be about guns because they are inanimate objects, a play can only be about people. The play’s focus on guns means the narrative is weak and the characterizations are weak. While each scene works why they are flowing and what they are building to is not clear. BUT the two scenes with parents are powerful particularly the final scene. The dialogue is well done, and the roles of both people is clear. Those two scenes power carries the play.... Read more Read less

See it if A community tries to heal after a tragedy

Don't see it if Play some about school violence

See it if a tight drama about the aftermath of a school shooting with themes of judgement & forgiveness seems like your thing. Excellent production.

See it if A well written, superbly acted, authentic-feeling play about the aftermath of a school shooting interests you.

Don't see it if It’s as bleak as it sounds. While it feels realistic, the story does not go in any unexpected places. At the end, feels a bit pointless.

Also Clearly inspired by the Parkland shooting deputy sheriff who was paralyzed by fear as the massacre unfolded, 17 Minutes is a thought-provoking, polished play. Deputy Andy Rubens is portrayed as a likeable man, who cared about the victims. And yet, the town and audience cannot help but blame him, even if many would react just as he did. Lee Brock is especially good as a grieving mother, filled with anger but still capable of forgiveness. Only after it ended did I feel slightly disappointed. Other than depicting one aspect of a horrific tragedy, 17 Minutes seems to lack purpose. It’s a series of somber, deftly acted encounters that don’t add up to a satisfying work. Compared to, say, the brilliant novel We Need to Talk About Kevin, narrated by a school shooter’s mother, 17 Minutes feels slight and by the numbers. Nonetheless, there’s a lot to admire in this production.... Read more Read less

See it if Interesting play about a school shooting and the after effects of an officer's activity during the tragedy. Good storyline kept me engaged

Don't see it if You prefer a lighter subject matter. Play ran about 75 minutes. Good acting, lighting, and simple set design made for an interesting evening

See it if You’re interested in a story about the aftermath of a U.S. school shooting. A thought provoking exploration of bravery vs. cowardice.

Don't see it if The topic is off putting. If sad, intense works don’t appeal to you. If you want more insight into the characters, or why shootings happen.

Also 17 Minutes is smartly written and well acted by the entire cast. The minimalistic staging is clever and effective, but I found the circular stage distracting. The audience is on both sides, and one can’t help but stare across at fellow audience members. Telling this story from the point of view of the cowardly deputy is an interesting and novel approach. Still, I would have liked greater insight into the characters. We never learn why the deputy froze, why the female officer was brave, or why the shooter committed this heinous act. I found the ending frustrating, as it provides no answers or sense of closure. Despite all this, 17 Minutes is still a play to see, due to the strong writing and excellent performances.... Read more Read less

See it if If you want to know what happens to security people when a shooting occurs in a school.People have very strong emotions about these particul

Don't see it if If you want to see an elaborate set or for that matter some name actors.If you want to deal with a subject which occurs in the US.

Also ar shootings because they involve our children.This play is about the anguish that the security people suffer from when this horrendous thing occurs.Very moving and very sad,It is worth going to see.... Read more Read less

Don't see it if You want to be politically correct and avoid the serious issue.

Also judgment, accountability and forgiveness.
Left the theatre thinkig-What would I do if I were in such situation ?-What would I say to a mother who has lost her child???
-How would I feel as a citizen ???
Also observed the audience, leaving very
quietly, typical of moving drama.

See it if you want to see current news (with a decidedly progressive perspective) brought to life in an intelligent professional production.

Don't see it if you want a two sided argument -- although it pretends to be fair -- a gun rights person would not sympathize with this protagonist here.

See it if you want a very well done play that explores a school shooting from perspectives we don't usually take. Rebuts "good guy w/ a gun" argument

Don't see it if you can't handle the topic. 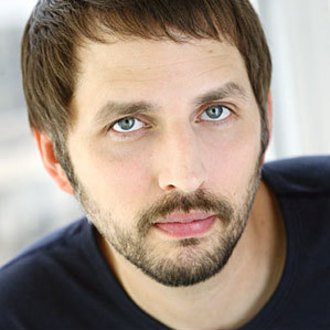 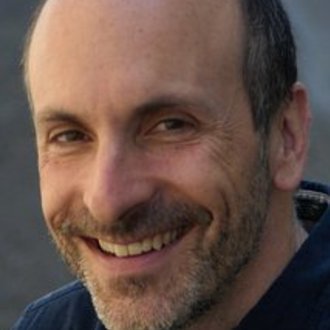