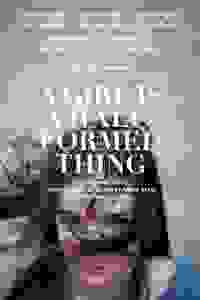 Closed 1h 25m View in admin
A Girl Is a Half-formed Thing
Midtown W
87
Buy tickets from $25
Score it Scored!

A Girl Is a Half-formed Thing NYC Reviews and Tickets

Ireland's The Corn Exchange makes its New York debut with this one-woman stage adaptation of Eimear McBride's novel, which chronicles the inner narrative of a girl from womb to age 20.

'A Girl is a Half-formed Thing' tells the story of a young Irish girl’s devastating adolescence as she and her sickly brother struggle for a semblance of normalcy in the shadow of sexual abuse, denial, and chaos at home. Aoife Duffin portrays a character of astonishing resilience and intelligence, determined to rise above her deprived childhood.

"And by the end of a timeless 80 minutes, you’ll have grasped the dimensions of an entire individual life, in all its confused clarity. This uncanny act of materialization is the more remarkable in that it is also an improbable act of translation, from what would seem to be uncompromisingly literary material...Ms. Duffin is tireless, passionate and exact in her performance...Every image has emotional heft and specificity...Make no mistake, it leaves an indelible mark on the memory."
Read more

"Aoife Duffin gives an intense, spirited and valiant performance in the interminable 'A Girl is a Half-formed Thing'...Though she is commanding, the nature of the material ultimately renders her performance and the overall experience of the play as wearying. She goes from one painful vignette to another while acting a succession of characters often rapid-fire. Due to the obtuse writing, this panorama often lacks clarity. Not much of it is memorable or makes much impact."
Read more

"To say that Duffin’s performance is a tour de force may not be doing the actress justice...Perfectly adapted for the stage by director Annie Ryan...While it’s true that 'Girl' may not be everyone’s cup of tea, the play’s importance can’t be underestimated–it has a lot to say and a lot that needs to be heard...Theater for those willing to be challenged. And then there’s Aofie Duffin, whose titanic talent and fiercely honest portrayal of the girl is nothing less than magnificent."
Read more

“Words, their syntax and sound, provide the blood flow of the play, but it is Duffin, in a pin-drop portrayal of a damaged but smart individualist, that sustains its pulse; so too the mix of traditional, pitiful, vicious and funny characters in her midst, all of whom Duffin seamlessly transforms into….For those who wish to see something truly extraordinary, albeit complex and emotionally demanding, ‘A Girl’ should not be missed.”
Read more

"It’s been rightly hailed as a tour de force performance since the show’s premiere...The takeaway from this adaptation, of course, is all Duffin, whose portrayals reveal an admirably sensitive reading of the characters...Duffin’s performance taps that mystic quality of ancient ritual, where the living and the dead, the present and absent, the visible and the invisible walk and talk as one."
Read more

"McBride's text is not stage text. Delivered aloud, it loses its mystery. We don't hear the text's misspellings or Joycean jabberwocky, so we focus instead on the girl's short life, a series of grim revelations. Ryan and her performer, Aoife Duffin, are intent on keeping things understandable...McBride's trick was to disorient us so thoroughly that we believed—against all the evidence—that the narrator might rise above her childhood. Why snuff out even that little hope?"
Read more

"Duffin does not falter, swapping between the voices with skill and humour. It is the scathing honesty of her caricatures that makes us laugh…There is no respite in this taut and expertly paced production, save the humour, and even that fades away into utter bleakness. Duffin left the stage visibly broken, and it is no wonder. She lives the girl’s story night after night so that audiences are forced to confront how terrible her story really is. And this is terribly important."
Read more

"A Joycean storm of words that doesn’t so much possess a narrative as hurl out a barrage of imagery so searingly that the story is blasted into your cerebellum, even if only half the words really make sense. Of course, you can’t have a tour de force monologue without a tour de force performance, and it’s impossible to imagine it without Duffin riding its lightning...It’s difficult to shake the sense that it’s all a bit much...But ultimately this ferocious, gorgeous show transcends mere story."
Read more

"Speaking in clumps. Fistfuls of words at a time. Not sentences...To hear nothing else for 85 minutes grows wearing, as some readers have found over the 200-odd pages of the novel...The material is as relentless as the presentation. Performer Aoife Duffin shows phenomenal discipline and memory skills, but she doesn’t actually get to do much...A play has some kind of dramatic arc or progression. McBride tells not a story so much as a chronicle."
Read more

"Annie Ryan’s adaptation, which she also directs with unshowy clarity, is faithful to the novel without slavishly replicating it. She captures its strange, fierce poetry and choppy stream of consciousness. The result is a bleak, claustrophobic portrait of a young woman’s existential collapse…It doesn’t all make sense and its relentlessness is exhausting. But Duffin is vulnerable and majestic, investing each lilting anecdote, garbled memory and jolt of black comedy with a mesmerising rawness."
Read more

"It is a play that leaves you feeling both helpless and horrified...'A Girl is a Half-formed Thing' is also a remarkable piece of writing...To begin with it's hard to follow, then, as the rhythm takes hold, you become immersed into the world. Duffin gives a scorching, intense performance that makes you feel as though you're an extension of the girl onstage. Neither Duffin, nor the play, lets up for its full one hour and twenty minutes run time…It's haunting, heavy and shocking."
Read more

"Annie Ryan’s sensitively constructed script retains all the poetic fluidity of the original. Released from the confines of the page, McBride's language is thrown across the bare stage to an audience who hang off every word and movement. We're gripped from beginning to end…The intensity of Duffin’s performance, in which subtle shifts in tone or idiosyncratic gestures indicate a new character is forming, is a triumph…It's at times uncomfortable to watch, yet impossible to look away."
Read more

"Aoife Duffin does a marvellous job of keeping us captivated single-handedly, slipping seamlessly from character to character…This production with its poetic phrasing and interesting formulation of fragmented wording is a testament to what one can portray outside of conventional communication. The downside is it’s not always easy to follow…A challenging production in both form and content that’ll keep you thinking long after you leave the theatre."
Read more