A Musical About Star Wars

This new meta-theatrical musical-comedy epic celebrates the magic, the fandom, and the legacy of all things "Star Wars." More…

A long time ago, in a galaxy far far away…a Staten Island Blockbuster Video to be exact…

Two Star Wars fanatics, Scott and Taylor, write the most epic musical tribute to the force EVER! On their endless quest to perform it at Comic Con - a restraining order, that we won't mention, stands in their way - they have opted to perform it on the glamorous off-broadway stages instead. However, dark forces are looming over their production, and her name is Emily.

"Do Scott and Taylor prevail? Does the show make it to Comic Con? The answers are less important than the good time you'll have getting there...May the FUN be with you!" -Theasy.com

See it if Not the worst parody ever but still groan-worthy.

Don't see it if You don’t know the Star Wars universe.

See it if You are familiar w/Star Wars. You enjoy parodies. You want to support a fan-created work that's performed w/ a lot of heart.

Don't see it if You have no familiarity w/Star Wars. You want a consistent tone: veers from good bad camp to actually bad theatre. You dislike parody.

Also The good bad camp: the costumes & the send-up of Parts 1, 2 & 3.
The just bad: the story within the story: 2 stereotypical geeks trying to convince a woman to like SW.
I wish they had stuck to the parody. It was far more successful than the uncomfortable framing story: mansplaining SW to, their words, a real girl. + the creaky idea of geeks who can't get a date. Awkward !!
Props for the parody. Thumbs down for the story.

Don't see it if The book is dreadful and cringeworthy. Couldn't wait to get to the next song. Too long (ends 1:40 after time printed on ticket).

See it if you are looking for something light and mindless and also like Star Wars. Some clever songs and clever costuming

Don't see it if you are looking for a Star Wars parody or something that has a story line akin to Star Wars. Plot was silly

Also It was fun and I was entertained, but could have been better. The songs were well done--some of the in between dialogue was OK, but some was painful. The trivia displayed during the pre-show was a fun (and very challenging) way to get you in the mood for a Star Wars story.... Read more Read less

See it if you love Star Wars, like farces, like meta-theater, enjoy highly referential theatre. Want a light night out.

Don't see it if you want good songs and an interesting plot. While the cast can sing the songs were just not good and that meant the musical never took off.

See it if you are a Star Wars fan. You will understand the references.

Don't see it if like me don't think much about Star Wars.

Also Interesting points about early "Star War" movies being sexist and maybe racist. I found it a little too "cute" for me.... Read more Read less

See it if you're a fan of Star Wars . There were clever bits in the show that kept it interesting.

Don't see it if you want an actual story and not just 3 people talking about Star Wars through songs.

See it if you're into Star Wars fandom

Also different than what I was expecting, kind of dumb though had some good moments like the Hamilton sendup of the prequels.... Read more Read less

See it if You are a Star Wars fan and like silly, easy Star Wars jokes, and like the traditional "girls don't like Star Wars trope"

Don't see it if If you're easily annoyed at stale geek misogyny, and want something polished.

Also The first half was rather lackluster, but once they get to the "Everyone Has A Backstory", and get into why Star Wars is good, it takes off and is enjoyable.

However, as a female Star Wars fan (and it seemed like that was most of the audience), the tired "Girls don't like Star Wars" schtick is annoying and stupid.

See it if if you are a Star Wars super fan, if you do go to Comic-Con & want to laugh about SW inside jokes

Don't see it if If you're not big fan of all the movies. If you want to see a big Broadway production, this is not that. 3 actors; all inside jokes about SW

See it if Star War movie experts. Those who loved the movies and the stars

See it if You are a Star Wars fan and are willing to let go of any notions of granduer.

Don't see it if You are expecting great theatre. It’s fluffy at best but is fun.

See it if For the ticket price, this could be a fun show if you're into Star Wars. I'm not a HUGE Star Wars fan, so I didn't get many of the jokes.

Don't see it if You don't like Star Wars. You're looking for something much more polished than what this is.

See it if You like silly comedy, bad Star Wars costumes and do not want to miss any Star Wars related art.

Don't see it if If you expect a reasonable relationship to Star Wars or prefer more professionally produced shows.

See it if You love Star Wars, and want to see a cute and clever show which basically makes fun of Star Wars fanatics.

Don't see it if You don’t like or know much about Star Wars, since most of the jokes will go over your head, or need a polished show.

YankeeLady36
Astoria
35-49 | Female
160 reviews
Get Alerts Alerts On Alerts Off
During previews
65
Had heart., Fluffy, Funny, Cliched, Disappointing
May 2nd, 2019

See it if For the Star Wars fan. I think the more intense than I, but I couldn’t quite tell. If you’re newer to musical spoofs too. It’s all heart.

Don't see it if Not enough surprise. Too many similarities to Puffs, [Title of Show], and The Complete Works..abridged series for me. It didn’t push a niche

Also It definitely falls in no-man’s land/middle ground for me, and that was sad. The intense references I got enough to know I didn’t get them, and so I periodically felt left out. And yet they were trying to grab too wide an audience. Their musical theatre in, (trying to convince the lone female “non-fan actress” it was worth doing their musical and love Star Wars) was full of way too many cliches. So it didn’t successfully get a musical theatre audience. I found those jokes, (even the best song about the prequels,) very lazy. Spoofing Hamilton is already played out. I also didn’t see much need for singing. Her voice was definitely better, but the songs... eh.

Puffs succeeded because it’s a very specific joke within the large universe that drives their story. It’s unapologetically Potterhead. This was trying to do too much.

Don't see it if You dont know anything about SW or have seen the movies ages ago (see comments). You want a big production

Also I had seen the originals and the prequels a looong time ago, but felt i was familiar with the overall story. That being said, i didnt get a lot of the references in the show (a lot of quotes and jokes that Star Wars fans seemed to enjoy). So if you're a big fan i think you'll enjoy the show, it's a cute treat. If you're not, you won't get a lot of it. (I got a free ticket through Show-Score, i probably wouldn't have bought it myself).
It's silly, kind of a teenage humor type of show. It was funny but still a little dumb in my opinion (again, perhaps if you get all the jokes and references it's more enjoyable)
That being said, the Hamilton parody style song for the prequels was brilliant! Best part of the show and im happy i got to see it. Along with the costumes, that song made it worth it.

See it if you want a low budget musical about two passionate Star Wars fans. This is more about them than the franchise. Get discount tickets!

Don't see it if you love Star Wars and want to see a show that dives into all the movies or conversely, you don't like Star Wars.

Also The two actors are amazingly passionate about Star Wars and very talented as well. The highlight of the show was a bit about the prequels. The rest of the show was weird - a strange socio-political plot, time wasted convincing someone to like Star Wars while the audience probably already loves it, and a random trivia game that fell flat. While Star Wars was referenced throughout, a lot of the show was just noise. It's a shame.... Read more Read less

Score: 85%. "Written by Elizabeth Ann Foster From the moment you turn into an alcove and enter St. Luke's theatre it is fun. Fellow theatre goers are dressed in Star Wars gear including the iconic Princess Leia hair style. It felt like you were at a private party. Last time I was at St. Luke's Th...
read more
Get Alerts Alerts On Alerts Off
for a previous production "The set-up is admittedly rather silly, but in a format reminiscent of a 1970s variety show, the frame allows for some clever songs (by Billy Reece) and sketches. The best are those that merge Broadway musical kitsch with 'Star Wars' in-jokes...Not everything in the show works, and a whiff of ted...
read more
Get Alerts Alerts On Alerts Off
for a previous production “For ‘Star Wars’ fans who liked the music in the cantina scene and need a fix until the next movie is out...The story moves along at a pretty quick pace under the direction of Michael and Tom D’Angora, although I would have been okay with trimming the characters' backstories. And Billy Recce has ...
read more
Get Alerts Alerts On Alerts Off
Vital Thrills
for a previous production "This fun, light-hearted show provides lots of laughs and entertainment for all...This show is an irreverent tribute to the entire ‘Star Wars’ franchise, where nothing is sacred or off limits for parody, yet done so with a loving hand...The prequels are even brilliantly presented through a parody...
read more
Get Alerts Alerts On Alerts Off 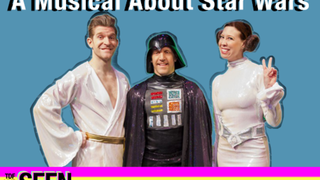 It’s a blend of cultural satire, heartfelt love of a franchise and the genuine desire to have fun onstage, even if it does mean breaking out very tight droid bodysuits. 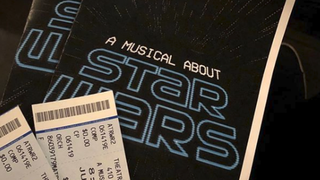 A Musical About Star Wars Review

A Musical About Star Wars is nothing short of a joyride that will entertain and impress any fan of The Force! 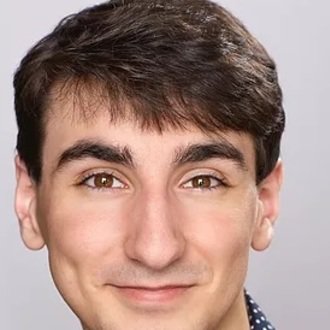 Billy Recce
Composer / Lyricist
Get Alerts Alerts On Alerts Off 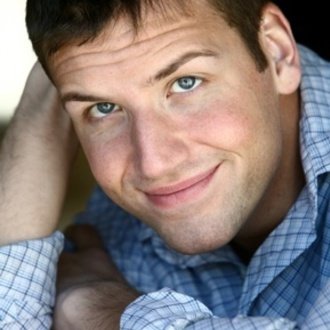 Tom D'Angora
Bookwriter
Get Alerts Alerts On Alerts Off