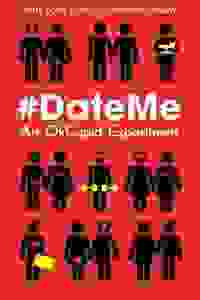 48 million Americans have tried online dating, "#DateMe: An OkCupid Experiment" is the outrageous, true story of one. More…

Robyn Lynne Norris is unlucky in love but determined to understand it better, so she logs on to the world's most popular dating site: OkCupid. Creating 38 "undateable" profiles as an interactive scientific investigation into online dating, Robyn unwittingly sets in motion the social experiment of our generation. Part improv, part sketch comedy. "#DateMe: An OkCupid Experiment" makes one conclusive result: there's no algorithm for love.

See it if You like light weight spoofs with music.

Don't see it if You want a story told.

See it if You like internet-themed catfishing comedy, or things like Aziz Ansari's book on "modern romance."

Don't see it if This isn't a "play" in a traditional sense, though I suppose it has an arc (she gets a date). Also, there is audience participation.

See it if you want a funny improv show that is very adult and centers around the world of online dating. There is a lot of audience interaction.

See it if you like a talented cast. Improve was impressive, but subject matter did not resonate with me.

Don't see it if don't like fluffy shows. While there were different characters, many of the situations were too similar to be interesting.

See it if you have ever experienced on-line dating or are 'in the market' for it it is a useful primer to what to expect.

Also A bit of a fluffy show despite the fact that it is based on real life experiences. The cast are good at ad-libbing with members of the audience and they certainly put lots into the show.... Read more Read less

See it if you audience participation is your thing. They make up the show not the play as it goes on

See it if you're familiar with internet dating; are easily entertained; and enjoy slapstick humor with some good singing

Don't see it if you like serious, sophisticated drama or musicals. I found it to be sophomoric.

Also My boyfriend liked it a lot.

See it if You are on a date.

Don't see it if You want a traditional multi-character drama. While there are multiple actors and multiple characters the story focuses on an individual.

Also While it is experimental theater, as it is billed, it does have a story and a plot.... Read more Read less

See it if A combination of improv based on selected audience members & disjointed ramble about online dating. I stayed expecting more that never came.

Don't see it if You want a storyline, good singing & acting & had enough of theater that is more cliche than real entertainment. Skip it

See it if very strong acting in a mediocre vehicle

Don't see it if I walked out.

See it if you really like online dating. You don't mind off-base cringe comedy. You want to see an ambitious idea that doesn't quite work.

Don't see it if you want to laugh. The novel use of an app didn't work as intended, and the humor is...weak. The show feels like a missed opportunity.

See it if Are currently into the online dating scene and want to laugh at the pitfalls, hazards and experiences online

See it if You want a bit of harmless fun

Don't see it if You take things seriously

See it if you enjoy fluffy humor and improv related to dating in the social media era.

Don't see it if you want a story, or any serious insight into the impact social media has had on society.

See it if Clever idea, but show was slow, with the exception of some improvisation, which was done very well.

Don't see it if You don't enjoy audience participation and can't relate to internet dating.

Don't see it if Show far too long at 2 hours; drop intermission & cut to 75 minutes. Far-side seats have poor view of actors/screen + lights in eyes.

See it if you are interested in online dating experiences, you have a low threshold for entertainment, you enjoy audience participation

Don't see it if you like sophisticated humor or drama

Don't see it if you don't like improv and standup comedy

Also I think the idea of this show has potential but quality-wise it feels way too much like an evening of murder mystery theatre. It's presented like a class in dating with skits and songs interspersed with online dating statistics so it never really engages you. It's audience interactive (which I always hate) Some of the actors do a lot with the thin material, notably Chris Alvarado, Jon Gregg and Megan Sikora. The problem is that it doesn't feel like a play. Maybe it's appealing to singles in the online dating scene. Having met my husband before online dating was a thing, we never experienced the highs and lows of the process and as such aren't invested in any of the outcomes. We all see funny screen names online ourselves so we don't really need to have them highlighted for us in musical form. In all, this show isn't horrible but it also isn't good. It just is. The cast does give it everything they've got though, god love em. Still at $55 a ticket we felt ripped off.... Read more Read less 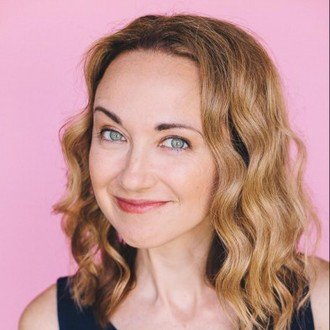 Robyn Lynne Norris
Playwright
Get Alerts Alerts On Alerts Off 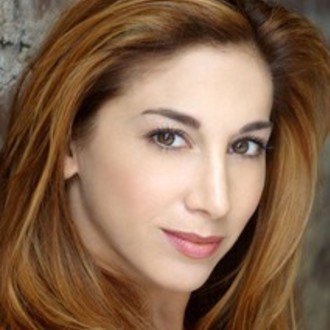 Lorin Latarro
Director
Get Alerts Alerts On Alerts Off