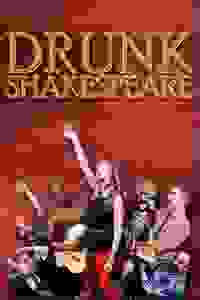 An actor drinks heavily (in the vein of Comedy Central's 'Drunk History') and then tries to corral others into enacting a story by the Bard. More…

Every night in a hidden library on 47th and 8th with over 15,000 books a Drunk Shakespeare society member will have at least five shots of whiskey and then attempt to perform in a Shakespearean play. Each performance by The Drunk Shakespeare Society requires a Patron, an audience member to be the King or Queen who helps run the show. Anything can, and does, happen. Craft cocktails available during the show.

See it if You want to see a classically trained cast have fun with Shakespeare in a frat-boy manner. You enjoy improv.

Don't see it if You want more Shakespeare & less drunk. You don't like audience participation. You want traditional Shakespeare. You want silly, not stupid.

Also I enjoy re-interpretations of classics that don't take them too seriously, so I was excited to see this. What a disappointment! It was very drunk heavy w/a lot of meaningless, confusing & unfunny shenanigans that had nothing to do w/Shakespeare. It didn't help that the "drunk" actor was acting, rather than being drunk, making her antics cringe-y & off-putting. The cast also had a "we're smarter than you" attitude: stopping the Shakespeare numerous times to explain basic knowledge + 1 actor insisting that audience members who said they read Macbeth were lying
The whole thing felt like their rehearsal, & not a finished, professional production.
It's extra disappointing to me, since I've seen several of the cast members in other Shakespeare productions, & they're talented performers! I wish they trusted the audience w/the verse & presented a better balance between the Shakespeare & the drunk.

See it if You are interested in getting drunk, while bored.

Don't see it if You are expecting to be entertained.

See it if I saw this show 2x. In 2014, was hysterical, w/ great Shakespearean acting. Last year, it was overloaded with foulness, down 25 notches.

Don't see it if If you hate drunkenness, foul language and bad acting, or any combination of the above. Every other word is "f..."

See it if You are going out with a group and are up for an interactive experience. It's fun, it's drunk, but it's still Shakespeare in old english...

Don't see it if The thought of being called on horrifies you or you cannot tolerate Shakespeare content.

See it if If you understand Shakespeare and just want to have a fun time;

Don't see it if If you're not a Shakespeare buff and love to empathize with characters;

See it if you're in a mood to have a silly fun time w/ friends? or maybe by yourself wanting to kill boredom? - Laughter is still the best medicine !

Don't see it if you are clueless of any Shakesperean work (particularly Macbeth-the one I saw -not sure if they use same play all the time but i think so).

Also I like the unconventional set up of the venue (like a library/bar?), the interactive method, and diff't style of comedy. It's a mash up of stand up comic (including getting the audience involved in the humor hence audience impact/ participation/ humor is half the key to the success of show) & amateurish staging (w/ minimal costume/props) as it is not a serious attempt to stage shakespeare really but it was funny nevertheless. Cast is very hyper in a good way, so you would come out maybe livelier after (in spite of, or maybe moreso because of- the drinks you would have ordered during the show). Yes, both actors and audience are encouraged to drink as they have a bar inside. Bottoms up!
PS: I would have scored higher if they played one I (or the audience by voting) would be more familiar with.
Here's a thought : what if they stage diff't plays at diff''t times of the wk & indicate it so we could choose which drunken version of play we would like to see and/or at least browse on ahead!

See it if you want another view to shakespeare

See it if Want to see an actor get drunk and others try to keep the storyline, and enjoy Some moments of good soliloquies, or see a long sketch.

Don't see it if If you like seeing shows by yourself (like I do). If you want to see a hilarious show, not a long comedy hour.

Also I went by myself and the main actor seemed determined to ignore me at all cost. He engaged w everyone in the front bench (where me and 20 or so people sat) but me. He reached out to people behind me. But he just avoided me. I found it very strange and awkward. You’d think a woman seeing an off off Bway show alone in a weeknight would make a good joke but I guess not to him. Couldn’t identify if it was bc I was alone or he thought I don’t speak English. Very strange.... Read more Read less

See it if You want some serious fun! Would have scored it higher if the pun wasn't calling my name.

Don't see it if Not a family show nor is it Shakespeare in the typical sense. Modern reinvention for sure! Also not fun if you don't like libations.

See it if You're into sophomoric drunkfest, after coming into Manhattan from a bridge or tunnel. Only redeeming quality is the venue, itself.

Don't see it if You want a modicum of substance to your evening: I don't even think designated actor was drunk; assuming this, the acting was o.k.

See it if find a lot of manic acting and some sophomoric antics entertaining and hilarious - and you are familiar with Macbeth.

Don't see it if you're not interested in a manic, somewhat confusing show (and I don't confuse easily). Not nearly as funny as I thought it would be.

Also I was very looking forward to this show (having heard it was hysterical) and was pretty underwhelmed -- and I don't underwhelm easily either. Having said that, there ARE some funny shticks and the mostly young audience seemed to be VERY entertained. The "drunk" actor was TERRIFIC and super funny - but that's about it.... Read more Read less

See it if You enjoy a rowdy time.

Don't see it if You were hoping for traditional Shakespeare.

See it if you have kids who need a distraction.

Don't see it if you find Disney to be rather cliché and gauche.

See it if You'll like it if you like parodies and Shakespeare, are an out-of-towner looking for something less serious and more bawdry than Broadway.

Also There are genuinely funny moments, with some off-the-cuff moments that are actually off-the-cuff, and some that are obviously scripted. The "drinking" element didn't really factor in as much as I was expecting, this is primarily a Shakespeare parody that is based heavily in reference humor. Some of it's timely, some of it's decidedly not (they called out Mike Pence but also did the Harlem Shake at one point). If I had relatives in town looking for something different I'd send them, but there's a lot better comedy on offer in NYC for locals.... Read more Read less

Also I must add that I've been just this one time. A dear, educated friend (she's 70!) told me I must see this. The thing is, it's been around for years, has had many actors that are rotated and it's not as if it's the same exact show each time, like a play or musical. So, this was my experience, of this one show, and I might have had a different experience on another night. BUT I simply didn't ride the wave that many (though not all) jumped onto.... Read more Read less

See it if you love improv and would rather go to a frat party than the theater. Gimmicky, and the cast seemed to be having more fun than the audience

Don't see it if ...you're looking for something clever & truly improvised. It's clear the script is the same every night with a few small variables changed.

See it if You don’t want to spend much money and you are really up for anything...or nothing.

Don't see it if You like alcohol in your overpriced drinks, you are expecting more than Macbeth, you have hearing trouble. It’s very difficult to hear.

See it if Like drunk people acting out Shakespeare

See it if You like bawdy plays with audience participation. You enjoy Shakespeare parodies

Don't see it if You don't like bawdiness and fraternity style drinking parties.

See it if love drinking and drunkenness, some fun mixed with craziness.

Don't see it if you don't like displays of drunkenness combined with silliness. I found it to be just too ridiculous, although parts were amusing at times.

Don't see it if You're not that good at figuring out confusing plots.

See it if If you enjoy Shakespeare....but don't take yourself too seriously. And like to drink! Everything is more fun with alchocol!

Don't see it if You are serious about your Shakespeare

Don't see it if I thought the dialog and jokes were weak. If you’re not into Shakespeare you might not have much fun either

See it if You are looking to get drunk and watch drunk actors perform Shakespeare.

Don't see it if Looking for a traditional show. 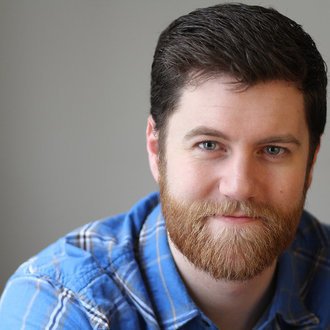 David Hudson
Director
Get Alerts Alerts On Alerts Off 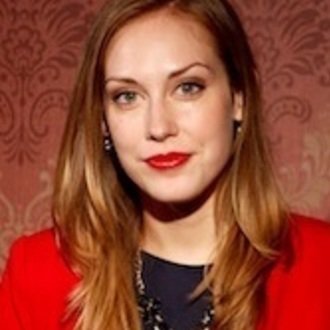 Alison Wien
Perfomer
Get Alerts Alerts On Alerts Off 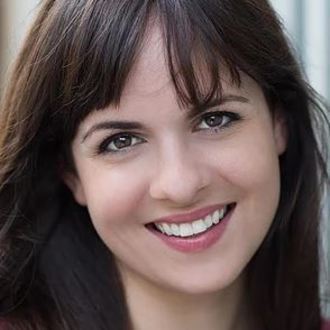 Caitlin Morris
Performer
Get Alerts Alerts On Alerts Off 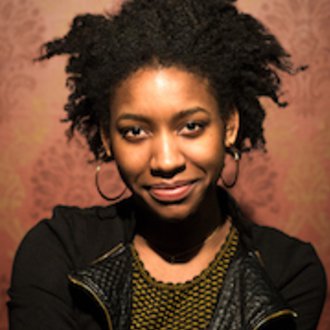 Aubrey Taylor
Performer
Get Alerts Alerts On Alerts Off 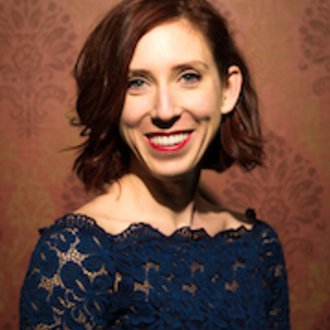 Hayley Palmer
Performer
Get Alerts Alerts On Alerts Off 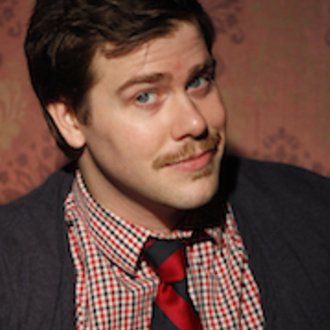 Whit Leyenberger
Performer
Get Alerts Alerts On Alerts Off 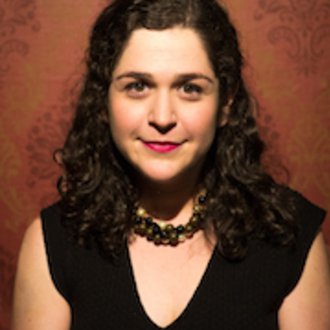 Kelsey Lidsky
Performer
Get Alerts Alerts On Alerts Off