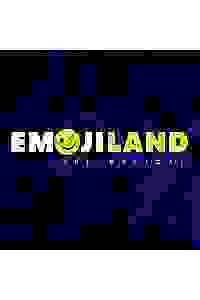 'Emojiland" is a new, electric ensemble piece about a diverse community of archetypes who take one another at face value. More…

Not to be confused with, and very much unlike The Emoji Movie, Emojiland is an electric ensemble piece about a diverse community of archetypes who take one another at face value: a smiling face dealing with depression; a princess who doesn’t want a prince; a skull dying for deletion; a nerd face too smart for his own good; a face with sunglasses who can’t see past his own reflection; and a police officer and construction worker who just want to work together. When a software update threatens to destroy life as they know it, Emojiland faces the most fundamental questions a society – and a heart – can face: Who are we? And who matters?

See it if and only if you are one of those folks who insist on answering text messages with emojis instead of texted response. This show is for you.

Don't see it if you heard that actress Ann Harada is in the show. She is but DOESN'T appear on stage until the second act of this show/. BOO!!!

Also Despite the fact that I LOVED the voice of the Nerd Face Emoji played by actor George Abud, if I were forced into revealing my review of Emojiland The Musical rating the show only using emojis instead of words, I'd happily give it the rating of five POOP EMOJIS as my review of the show. Between you and me, it stunk in so many ways, giving it only five POOP EMOJIS is me being gracious.... Read more Read less

Don't see it if You're hoping for a satire.

Also It didn't work for me. I was hoping it was a satire, but its a pretty cliché story just with emojis. Not sure if it's meant for kids/teens, but it feels that way.... Read more Read less

Don't see it if you yearn for a cohesive plot or characters to care about. A game cast cannot compensate for the lack of these critical elements.

Also Alas, I realized that this show is not for my demographic from the get-go. I had the same reaction at Spongebob Squarepants and Be More Chill. A ton of money must have been spent on this ....the costumes and scenery are elaborate and often witty. BUT this about sums it up: Ann Harada returns to the musical stage as a poo emoji.... Read more Read less

See it if You like some of the all-star cast.

Don't see it if You want to see a new musical that is deeper than a concept.

Also I wish they had found a more clever story to tell. Right now it’s a lot of pop culture references on top of a very cliche story. The actors shine and do their best.... Read more Read less

15 reviews
Get Alerts Alerts On Alerts Off
17
What were they thinking, Boring, Excruciating, Disappointing, Banal
January 19th, 2020

See it if You are young person in your life interested in musical theatre.

Don't see it if You’re looking for a show that is more then just a cute idea.

Don't see it if You want a new musical that is tight and doesn't feel very lite.

Also As perhaps at 30-45 minutes,I could have enjoyed this, but stretched out to over 2 hours it felt very repetitive. No really surprises in the cookie-cutter story, and the songs aren't particularly catchy. Nice charming performance by George Abud.... Read more Read less

See it if You like to see all new musicals. You are a fan of the talented cast.

Don't see it if You want a new musical that is well paced and is more than fluff.

Also I’m all for a fluffy, “sit back and enjoy”, show. But for me none of comedy really lands. There’s a lot of pushing and mugging to try to make cliche jokes and characters work. There’s a song or two that are catchy, but by the time we get to the 2nd act all the ballads sound like ballads we’re heard earlier and same for the up tempo songs.
The design elements and costumes are good.
... Read more Read less

See it if You want to see people who have been on broadway? 🤷🏻‍♂️

Don't see it if If you want to see an actual well written musical. I went in with an opened mind but this show was dreadful. Leslie M. was great.

See it if You enjoy pop music inspired musicals.

Don't see it if You aren’t familiar with emojis. 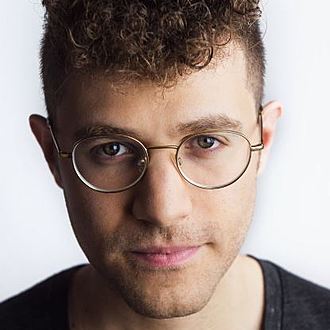 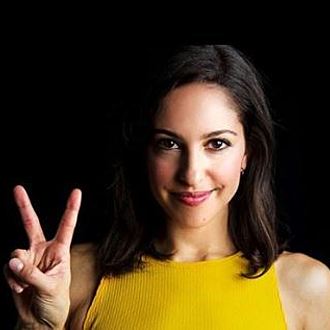 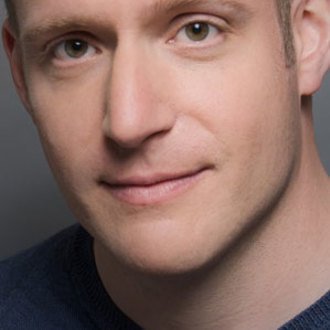 Thomas Caruso
Director
Get Alerts Alerts On Alerts Off