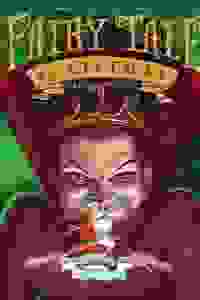 Part of FringeNYC: Santa Claus has been kidnapped! A band of Fairy Tale Villains plan to make all the Fairy Tale Heroes change the endings of their stories, putting an end to 'Happily Ever After' forever! More…

FROM THE ARTIST:
Santa Claus has been kidnapped! A band of Evil Fairy Tale Villains, lead by Cinderella’s step mother, are holding Santa and all of his toys for a ransom—hoping to force all of the GOOD fairy tale characters to change the endings of their stories!

Based on the children's novella, Fairy Tale Christmas by Michael McLean and M. Scott McLean.

“The music by M. Scott McLean and Michael McLean is high energy, fun, and memorable - you’re guaranteed to walk away with a song or two playing in your head...The dialogue and lyrics are more on the sophisticated side for children’s theater, making this show perhaps better suited to ages eight an...
read more
Get Alerts Alerts On Alerts Off
"Although some of the visual elements are lean, the McLean men have come up with some wit…Wisely, they ground the doings in humor…However, there were many instances of too-advanced vocabulary and wordy speeches and the cardinal sin of telling instead of showing, which also can make children confu...
read more
Get Alerts Alerts On Alerts Off