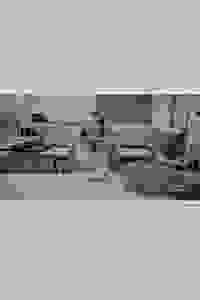 'Innit' explores the angst and scorched heart of the Kelly as she unwittingly discloses a heart-breaking, empowering story. She's bold, vulgar, and broken. But that’s really none of your binnis, innit?

See it if You’re interested in learning more about the life of a UK blue collar teenager.

Don't see it if You just can’t sit through one more biographical one person show.

See it if You like one person shows that reveal inner thoughts. It’s a therapy session basically. Ok, but not riveting.

Don't see it if You like high drama or conversational shows.

See it if you believe in the power of therapy & want to watch a recalcitrant teen (from working-class UK) drop her guard & discover her vulnerability.

Don't see it if you need high production values to satisfy your theatre appetite; you expect a comedy. [There's humor, but this is a mostly serious affair.]

Also This is an adroitly written and poignantly acted one-woman show that really took me by surprise. The set-up indicates that this is going to be an upbeat, quirky British comedy. But what follows for the next 75 minutes was very revealing and quite moving.... Read more Read less

See it if You want a concise, slice-of-life drama w/some comedy that shines a light on borderline mental illness. You want a great acting performance.

See it if Closes tomorrow: SEE IT right before "Get the Boat". Both part of #IrishWomenWrite @ Soho Playhouse.

See it if You want to get into the mind of a blue collar teen living in Manchester and like quirky one woman shows. Very high energy performance.

Don't see it if I think the vernacular and humor were alien to NY audiences and the performer could never quite get her groove. I’m sure this affected her.

See it if If you want to see a one woman show about therapy. The teenager has angst but this is ignored causing the ending. No spoilers...

Don't see it if You dislike one act or one person shows.

See it if You appreciate realistic insights into a brash working class English girl presented no holds barred with humor and finally heartbreak.

Don't see it if You can't handle thick working class English speech. I couldn't catch every word, but I always knew where she was coming from.

See it if you like solo shows & a coming of act monologue on teen angst, anger, "acting out" where, amid the F-word, a troubled soul reveals her pain

Also Born in Feb. 1983, Colette Forde, 35, is portraying KELLY, a young teen who is churlish, frustrated, and going down the wrong path. "The willing suspension of disbelief" was there for me at times -- but many times the illusion was broken perhaps because the heavy Manchester accent caused my attention to be diverted to figuring out the text vs gliding along with the character.

Occasionally, Colette Forde is playing another character -- such as KELLY's mother -- but does not change her voice during the switch.

I do think a dialogue coach should work with her on this, as she develops her one-act drama.

The music / dance intervals ought to be better integrated into the script. Anytime she started dancing, I felt puzzled.

The Slinky was a good prop.

And the conclusion was quite moving as I felt her character's facade drop and the despair take over.

See it if you go in expecting uncomfortable humor that is meant to convey a strong positive message.

Don't see it if you have a hard time with Manchester accents or references, you expect a hilarious comedy sketch, teenage sexuality and angst upsets you.

Don't see it if it doesn’t sound interesting to you

See it if you support developing artistry. This could be a tight, moving one-woman show with some work. It’s mono-pacing is often too slow.

Don't see it if you have no grasp of Manchester, UK accent or slang you will suffer.

Also The beginning and end must be more tightly integrated; right now they are just “there”. Very promising work.... Read more Read less

See it if You like one-woman plays, you enjoy British accents, you're not looking for a big production.

Don't see it if You have trouble with thick accents, you don't like teen angst, you want something polished.

Also If you go see this, please be aware it's a tiny theater, so if you're going to leave before it's over, you're going to disturb EVERYONE including the performer (unless you're all the way in the back). It's only an hour long, sit through it even if you hate it.... Read more Read less

See it if You’re interested in coming of age stories, everyone's, not just your own

See it if You enjoy teen angst topics

Don't see it if You don't enjoy one-woman shows

See it if You enjoy quirky teenage humor with an undertone of deep hurt.

Don't see it if You desire to see a full show. This is more of a work in progress.

See it if you want to see a clever young woman perform a semi-autobiographical piece about her struggles with growing up Irish and poor in Manchester.

Don't see it if you don't like 1 woman shows or are put off by some raunchy language and a British accent.

Also The actress is very talented and really takes aim at teaching young people that therapy isn't so taboo. I saw it with my 16 year old daughter, Saoirse (who's quite probably exactly her target audience), and we both really enjoyed it.... Read more Read less

See it if you are intrigued by raw and real conflicts in emotional development of lower middle class Caucasian teenage girl in Manchester, England

Don't see it if you prefer light comedy, musicals, or large cast and set and standard Broadway length performances, or are not interested in teenage girls

See it if game for an intense, layered, bravura solo act conjuring hard times as a scrappy, lonely Manchester teen from a broken home in the '90s.

Don't see it if you've a very hard time with accents or crass language or you need ensemble cast, resolution, or attractive sets or elaborate scene changes.

See it if you enjoy a solo show-a case study of a teenage girl from a dysfunctional family, are familiar with British slang terms

Don't see it if you have difficulty understanding a heavy British accent & are unfamiliar with the county's slang, & are offended by description of sex acts

Also The acting was great. It was difficult understanding some of the British slang terms: knickers, willy, fanny. Look 'em up before you go.... Read more Read less

See it if You enjoy new talent in a adolescent angst one woman show in a small intimate theater.

Don't see it if You hate small off broadway theaters and prefer fluffy plays or musicals.

Don't see it if you are looking for something light and fluffy. Show ran 55 minutes and needed all your attention to get the crux of the matter

See it if You are unfazed by British accents and terminology. (I lived in the U.K. so I didn't have problems, but can't speak for others.)

Don't see it if You dislike one-person monologues and have no interest in working-class life in the U.K.

See it if you want to delve back into the 80s through the life of a reflective teenage character; you enjoy one-actor, memoir-ish plays

Don't see it if you are triggered by emotional and sexual abuses; you are off-put by actors who are clearly not teenagers playing teenagers

See it if You want to see a standout performance by a fine actor. Difficult but authentic subject matter.

Don't see it if If you object to crude language.

Also I believe that the musical bookends to the piece were unneeded and took away from the theatherical forse of the performance.... Read more Read less 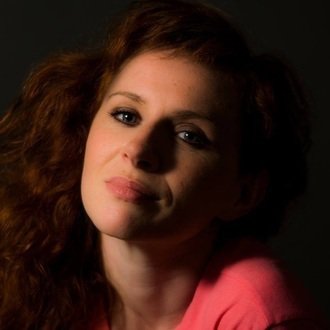 Colette Forde
Writer / Performer
Get Alerts Alerts On Alerts Off

SoHo Playhouse
Presenter
Get Alerts Alerts On Alerts Off