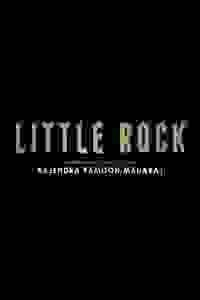 What began as their quest for a better education soon became a national crisis, igniting the passions of a divided country and sparking a historic fight for justice in the Jim Crow South. On the cusp of the civil rights movement, a changing world watched as these nine children from Arkansas battled for their rights with only books and pencils. At once harrowing and hopeful, 'Little Rock' brings urgently to life the Nine’s untold personal stories of challenge and resilience, conjuring memories of America not so long ago.

See it if you enjoy wonderful actors telling the story of segregation in Little Rock Arkansas.

Don't see it if You are a bigot, do not care about manners of humanity or only like light and fluffy theatre.

Also Think that this show was very well done where actors played multiple characters and told a very important story about breaking segregation in the south. During a horrible political climate that we face today, we need more theatre like this to promote change and get people focused on positive changes in society.... Read more Read less

See it if if you are interested in learning more about segregation in the south. Very interesting story and talented cast - small team does a lot.

Don't see it if you need a big production, get confused when one actor plays many roles or you are uncomfortable with discussions of race.

See it if you'd like to get an overview of this group of students who were caught in the crossfire of politics and social injustice.

Don't see it if you crave some deeper insight about what happened. The subject matter is worthy of a better script.

Also It's certainly an interesting account and the cast is terrific, but the play comes off as a series of loosely-related sketches rather than a cohesively plotted narrative. It has several lovely a cappella musical elements and might have been better off as a bona fide musical in which songs could have aided in the storytelling.... Read more Read less

See it if you want to learn more about the nine teenagers who integrated Central High School in Little Rock despite mobs, threats, and violence.

Don't see it if broadly written and played characters will ruin the show for you.

Also Well-staged show with music and projections reminded me a bit of "X: Or Betty Shabazz," because of its use of news stories and speeches/interviews by national figures. I learned quite a bit from the show, for instance, that Louis Armstrong (like Muhammad Ali) refused to represent the US abroad while his own people were being mistreated. The major flaw is overly broad characterization. Each of the students is given one major personality trait rather than a nuanced persona ("I love Shakespeare"; "I want to be a doctor"). They remain two-dimensional until the playwright devotes more time to some of their stories in the second act. The arrangements of gospel songs and civil rights songs are exquisite and could be longer. More care should have gone into making the limited cast of actors resemble historical figures. Mike Wallace, complete with cigarette, is spot on, but Eisenhower with a full head of brown hair? I don't think so. Sit towards the back to get the most from the projections.... Read more Read less

See it if you're interested in the history of segregation, you appreciate great singing

Don't see it if you don't want to experience the slurs and other historically appropriate language, you don't like actors playing multiple roles

See it if you like seeing brave courageous children doing brave and historical events. The show should be shown in every high school in the country.

Don't see it if you are a fuddy-duddy racist who does not appreciate historical events shown on a day-day basis.

Also The show should be expanded to include more scenarios between the white and black students as they attend class.... Read more Read less

See it if you're interested in a crucial moment in our history told in a very entertaining and touching way.

Don't see it if you're not interested in the racial struggle in the US, or in more serious plays

Also The extra unexpected added attraction of this play is the wonderful singing throughout - a real treat.... Read more Read less

See it if I thought this show was wonderful , it opened my eyes to our past. Great acting , singing i would highly recommend this show.

See it if you are interested in the history of civil rights from the 50s and 60s. You want to see something serious, inspiring and heartbreaking.

Don't see it if You only like fluff. You are not interested in civil rights, racism, or history.

Also there is a lot to admire in this show. The actors play multiple roles and sing beautifully. It's a difficult subject and it's good to see this treatment. I think most folks who are interested in this subject will like this show.... Read more Read less

See it if You are interested in American History in the mid 20th Century, especially concerning civil rights

Don't see it if I can not think of a reason not to see it unless you do not like music.

Also This is recommended for everyone, but especially for middle school and high school students to learn what discrimination and racism was like in the school system long before they were born.... Read more Read less

See it if If you are interested in learning about the history of the Little Rock 9. If you want a compelling, important story.

Don't see it if If you are sensitive to realistic portrayals of the early days desegregation in the South.

See it if you don't know the story of the forced de-segregation of Central High in Little Rock. See for superior singing voices and performances.

Don't see it if you're not interested in the subjects of civil rights, youth movements, America in the 1950s or are looking for a serious history play.

Also I liked this play a lot and with the inclusion of gospel and pop music performances I might say it borders on being a musical play. I'm a tougher audience for this production because I visited the historic site of Central High School in Little Rock early in the Spring. The National Parks Service docent was a spellbinding storyteller. He told and showed us so much that the playwright didn't include in this play but had captured my imagination. That's okay. Dramatists have to make choices. But with additional stories rattling in my brain, by comparison, what the playwright focused on seemed wan. It's an important and fascinating story and moment in history. I'm so glad the story of Central High in Little Rock is getting attention like this and grateful that the Sheen Center mounted it. The individual performers transcend the text and songs. They're simply wonderful.... Read more Read less

See it if You want to see the soul of the Little Rock Nine brought to life - are interested in how that can be done theatrically, great singing

Don't see it if You have no interest in the subject matter - otherwise you need to see this though it is not perfect.

Also Early in the first act, I wondered about the way the students were being played - almost a little playing at being young, but that aspect settled down and I was completely absorbed by the story and how it was portrayed. It is one of those pieces that I almost did not want to critique as theatre as it was so devastatingly moving. The singing is absolutely glorious. Go see it!... Read more Read less

See it if you want to see a well meaning theatrical presentation of an important time in our history. Great performances from most of the actors.

Don't see it if you are looking for a history play done with new ideas or creativity. It feels like a very good college production.

See it if You want to learn about this important piece of history via a theatrical play and see some really good acting.

Don't see it if You don’t enjoy smaller production plays where some actors play multiple characters.

See it if You want to learn about the racism in our country in the late 50’s. This is very powerful with a very talented cast.

Don't see it if You want to see something light, happy and meaningless. Be aware that the n word is used a lot.

Also I can’t believe this is something I never learned about in school. Yet at the time I went to school, in the north, desegregation was a huge issue. Why wasn’t this a learning opportunity? I learned so much seeing this show.... Read more Read less

See it if I remember as a child when this happened. This was an excellent production that told the story of those brave yet scared children. Powerfu

Don't see it if If you can't face the truth of our racist history.....

Don't see it if You can't handle the truth on stage and experience real circumstances that took place. This play does not hold back and will make you think

See it if you like historical drama with a pretty fresh, modern staging approach - outstanding acting and excellent singing

Don't see it if you don't like historical stories, civil rights oriented stories.

See it if If you like historical events being retold. The acting was great and really tugged at emotions. It's very relevant to today

Don't see it if You don't like historical events being retold. Things get real and emotional.

See it if A riveting story of how education in the South was painfully de-segregated; a glimpse perhaps into why racism remains stagnant in America.

Don't see it if you are a racist and believe in segregation, see it anyway -you may be convinced otherwise.

See it if you like great voices, & need a reminder of how little time has passed and how very deep the trench still is where our prejudices lie.

Don't see it if You can’t look past some rough staging and an underdeveloped script to see wonderful performers who are carving out an important message.

See it if You have an interest in history, you can look past a weak script and appreciate the actors giving it their all.

Don't see it if You want creative staging or an engaging script, or if stark depictions of racism are difficult for you to watch.

Also The poor man playing Dr. King had his moustache nearly fall off. As it flapped in the breeze and trembled from the forcefulness of his delivery, I couldn’t help but wonder... was this the worst part of the show? Or the best?
The story of the Little Rock Nine really deserves all nine of them. Six actors in a variety of wigs make a valiant effort, but it’s tremendously anticlimactic to see only six enter the school.
... Read more Read less 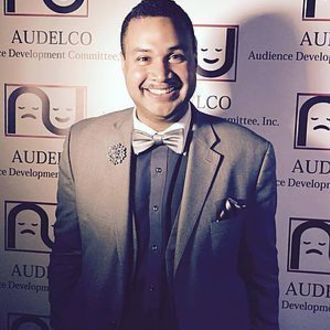 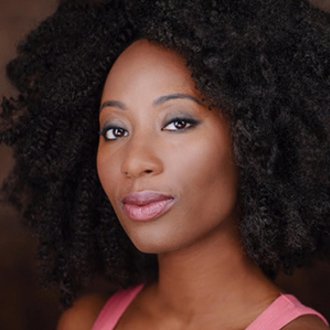 Anita Welch
Little Rockian One
Get Alerts Alerts On Alerts Off 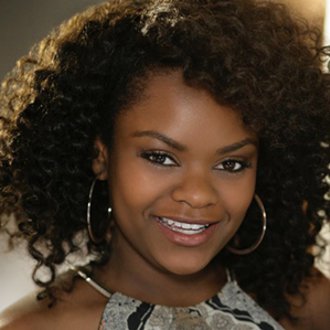 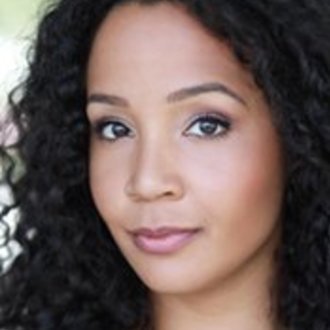 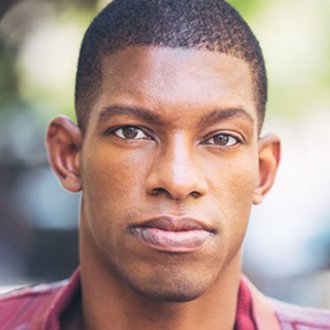 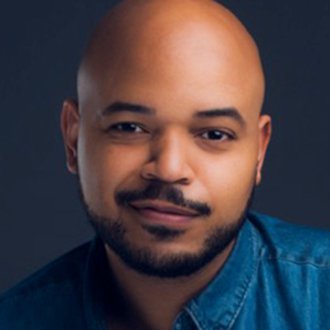 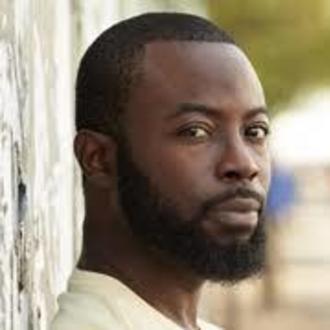