"Rinse, Repeat" is a new play that conveys the painful truth about confronting a disorder that is often met with denial from both the patient and the people that love them. More…

Rachel hasn’t been home in four months. After fighting for her life at Renley, a trial weekend has been agreed upon. At first, Rachel couldn’t be happier to be reunited with her family. But what happens when the people you love most, the ones you believe want the best for you, are the ones causing the most damage without even knowing it? Where do you go when the place you feel you most belong might be the place that almost killed you in the first place? "Rinse, Repeat" sharply conveys the painful truth about a woman's fight for her life in the face of an eating disorder.

ADVISORIES: This play contains nudity. Recommended for ages 15 and up.

See it if you're interested in eating disorders. "Perfect" Greenwich family has probs. Good (not great) play abt a serious (not earth-sh'tering) issue

Also Why, on this impt subject, isn't there more discussion of the societal pressure to be thin? Such pressure is part of the patriarchy (men--to a large degree--decide/control what is considered attractive in women). There's no discussion of the ubiquitous bombardment of messages to be thin.... Read more Read less

See it if You like realistic serious stories about dysfunctional families dealing with very real problems. Great acting. Very believable.

Don't see it if You want something light and fluffy. This is a serious slice of life. I knew all those characters being portrayed on stage.

Also The two younger actors were COMPLETELY believable. The mother and father had a few parts of their characters that I didn’t fully buy into but for the most part I liked this show. I learned some things and my opinion was changed and I like when that happens.... Read more Read less

See it if You want to see a well acted drama about eating disorders. Slow at first but moving.

Wish I Could See Them All
Syosset
50-64 | Male
671 reviews
Get Alerts Alerts On Alerts Off
85
Disturbing, Powerful, Thought-provoking, Relevant, Intense
August 1st, 2019

See it if Powerful writing & acting delves into a dysfunctional family suffering from the effects of eating disorders. I learned a lot & was moved.

Don't see it if You are not interested in getting intimate with a sick, disturbed family. There is a little humor, but not much. Slow moving. Brief nudity.

Also Wrenching twist near the end.

Don't see it if you're looking for a tight, completely-developed script. [This play has a lot of promise, which a good dramaturg could easily flesh out.]

See it if Nice Set Good acting , Topic had to be shown. Signature is a winner.

Don't see it if Some misuse of the thrust stage ..tis true, a difficult concept to beat. Time may bring awareness of audience so "there"

See it if you'd like to see the work of a young playwright/actress dealing with a tough issue in a dysfunctional family on an interesting set/theatre.

Don't see it if eating disorders are a trigger for you or you do not like viewing dysfunctional families with shouting, infidelity and other issues.

See it if You have an interest in eating disorders in particular or issue centered plays in general.

Don't see it if If anorexia or family disfunction is a triggering issue for you. The 3/4 round staging means you are often peering around an actor’s back.

See it if Acetic serio-drama. Repeating the sins of the mother, a daugter wages war with self as her family retards her recovery. Fascinating topic.

Don't see it if "I raised a strong enough daughter to eat a meal alone/It's hotter when we're thin, but only when it's effortless." Mama is never blameless.

Also "It sucks when someone you love fixates on killing (herself)."

Also I don’t think this play was perfect but it now makes me realize and appreciate how much I love family dramas that take place in the present. I’ve seen some really bad plays this week so it was really nice to end the weekend with something I really enjoyed. I’m not sure if the intent of the playwright was to make the mother look like a horrible person but I was able to see things from her perspective. I don’t think she was totally evil and I also don’t think the girl was totally sweet and innocent either but I feel like most people may walk away feeling that way.
I don’t know what’s going on with Live theater anymore but just after the theater themselves tells you to turn off your cell phones and the play is about to start we can hear walkie-talkies from the staff going off throughout the whole play.
... Read more Read less

See it if you want to see an interesting drama about a poorly understood medical problem. The acting, especially by the mother, is strong.

Don't see it if you don't like problem plays that treat thorny family relationships.

Also Too bad the play has such an unappealing title and has been poorly marketed.... Read more Read less

See it if You have interest in eating disorders or dysfunctional families. I found it to be illuminating on these subjects.

Don't see it if If you want a lightweight evening or comedy. This one can haunt you for quite a while.

Don't see it if issue plays do not interest you, U would have no empathy for characters suffering from eating disorders

Don't see it if you are looking for something light and frothy.Story is serious and worth telling.I just wish that the actors had all been as good as Portia

Don't see it if u chalk it up to the maladjustment of individual outliers; uninterested in the cause of so much unhappiness in even the most empowered women

Also This is a quietly nervy show that just starts to get its arms around the profound implications of how often weight makes successful women feel undeserving. RR hints at the subversive view that the cultural promotion of female thinness reflects not an attraction to female beauty, but to female obedience. (i.e., the idealization of thinness prescribes women’s habits—physical & psychological—before it describes their appearance.) RR fits the contours of family drama, but enacts dozens of subtle forms of social coercion that customarily go undebated.

Overall, I’m impressed w/ Feraud’s steady, ambitious coverage of female & familial issues. RR shows that, while professional barriers have lifted, and old ideals of chastity, submissiveness, & motherhood have been de-glamorized, thinness has evolved to check women’s status at the level of private consciousness. Feraud’s message is bolder than any number of generic platitudes on natural beauty/positive self-image.

See it if interested in a rarely dramatized topic (eating disorders), it's causes & effects on an already dysfunctional family.

Don't see it if slow start that builds to a turbulent final 30 minutes.

Also An incredible, but not perfect, effort by this young playwright.

I would have gone darker at the end, but the end was certainly realistic and avoided the "happy" ending that many young playwrights feel required to write.

I'm not sure that there is as easy an interchange between anorexia and bulimia as depicted i the play, but I certainly could understand how a anorexic having their eating constantly monitored would tun to bulimic behavior to hide their disorder.

That there is no pass given to the family in this show which is also a pleasant change from the direction most playwrights go.

See it if you like exploration of family dynamics, conflict & struggle, insight into eating disorders, superb acting and writing.

Don't see it if you favor comedy and "light" entertainment rather than a serious study of a family in conflict, psychological turmoil and emotional stress.

See it if Societal pressures, esp. on women, pass down generations and manifest in mental health / eating disorders. Eating disorders are too common.

Don't see it if Eating disorders are triggering. Immigrant family story's kind of there but doesn't go deeper into it — might have been interesting to.

Don't see it if you prefer shorter plays, two-act plays with interval, comedies, or musicals, or are not interested in depressing themes or eating disorders

Also The playwrite/lead performer thoroughly researched, thought through, and is invested in the subject of the play. Unfortunately, the acting and pacing, especially during the first hour, were wooden and tedious and the non-linear sequences were confusing. Even the climax was predictable. The show was more autobiographical journal than theatre. The idea is worthwhile but further development would improve the product.... Read more Read less

See it if A true family drama that was relevant & thought-provoking. Extraordinary performance by the mother & daughter. This a Must See play.

Don't see it if If you want to see a feel good play, then this isn’t your evening out.

Don't see it if family drama just ain't your thing. The play is filled to the brim with family drama, anorexia, and a surprise...

Don't see it if You want to see a happy play. This one will make you think and affect you deeply.

See it if You enjoy tense family shows. You want an exploration of healing from an eating disorder.

Don't see it if cw: nudity, eating disorders You want something with action. You don’t care about small drama and want blood and guts drama.

See it if you want to see a new, very believable drama about eating disorders and the role of family dysfunction in developing them.

Don't see it if the subject matter hits too close to home; you prefer lighter fare or dislike plays about dysfunctional families. 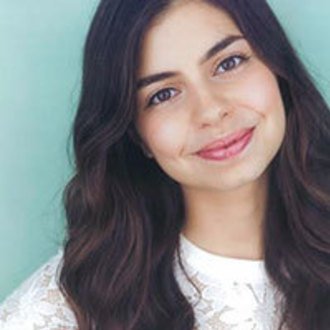 Domenica Feraud
Playwright
Get Alerts Alerts On Alerts Off 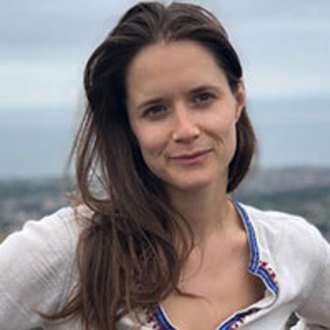 Kate Hopkins
Director
Get Alerts Alerts On Alerts Off