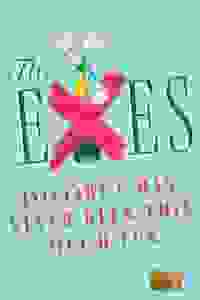 This new comedy with a heart offers a reminder of why marriage and divorce make for the strangest of bedfellows. More…

It’s self-made billionaire Richard Killingworth's daughter’s big day! The last person he wants to see is his estranged wife Mavis—the woman who put the “ex” in “exes.” Celebrating with his best friend Dick, who happens to be Mavis’ first husband, Richard’s life turns upside down when the Queen of Chaos drops in, unannounced, with her new fiancé in tow. Throw in a sharp-tongued butler (um, house manager), a champagne-soaked bridezilla and a snarky stepson, and you have the perfect storm of pandemonium—the fun kind—in this comedy with a heart, reminding us why marriage and divorce make for the strangest of bedfellows.

See it if u know someone in the cast. [At the performance I saw, the ONLY people laughing & enjoying themselves were the families of 2 of the actors.]

Don't see it if you have any standards at all for quality writing, coherent structure, competent acting and humorous comedy. [This play is pure dreck.]

Also As if things couldn't get any worse, the mercilessly droning intermission & exit music was an all-out auditory assault.... Read more Read less

See it if Youhave to see every drawing room comedy. To enjoy Marcel.

Don't see it if You want subtlety. I kept thinking if that was Kevin Kline or Harry Connick or any effervescent light handed actor this could be fun.

Also We were three and none could stand it. It really was dreadful.

See it if You’d like to see a nice set. The story and acting is so painful, you’ll try to find distractions.

Don't see it if You want an actual funny, well-acted family comedy of errors type show. Save yourself time you can’t get back.

See it if you enjoy TV comedies with laugh tracks, you feel embarrassed for actors struggling with unfunny comedies

Also Neil Simon might have wrought something funny out of this situation. The male actors were OK but the two female parts were overwritten and overacted. It was an embarrassment... Read more Read less

See it if A night out is what you are after.

Don't see it if Laughing is expected. Well maybe twice.

Also It had promise which was not fulfilled. And the music before, during intermission and after sounded like a cell phone ringtone that was repeated so much it put everyone on edge. Beautiful set. Second act strobe light scene was ridiculous.... Read more Read less

See it if you have a comp ticket. That's the only way you'll get your moneys worth.

Don't see it if you have expectations for a good experience at the theatre. Or if you are expecting good acting.

Also Well, the set was nice (however cramped.)
But the only positive part was the slow-motion sequence towards the end
All evening, experiencing this contrived plot, I kept asking, "Why?"
The direction is bad...the blocking even worse.
Actors did not seem to be committed. Performances were routine & robot.
Karen Forte as Mavis was particularly painful; she twists her facial features as she continually drops in & out of a phony accent.
Alison Preece as Victoria is as shrill as any cliched bride-to-be can be.
And the weak decadence of the character Marcel Nistlerood portrayed by Kyle Porter was utterly uncalled for in misplacement.
God Bless Galen Mock as Garrett & John Coleman Taylor as Prim for attempting to give some credence to this train wreck.

See it if You know someone involved in the production and you need to be a supportive family member or friend.

Don't see it if You know someone involved with the production and you can't keep a straight-face while telling them how wonderful it was... NOT!

Also As the play opens, an actor speaks into his phone, but a Fax would've would've delivered at least some feeling. EXCEPT 4 the Son & the Butler [House Mngr], none of the other performers should be acting in a professional production: The mother's reactions become extreme emotion frozen to her face until the next character finishes their lines. The daughter is shrilly, OTT & yelling at a 12 when she 1st enters, then, without any thought she raises it to an 18 [regular humans rarely hit an 11 ;-D]. The mother's/ex-wife's BF arrives at a absurdity level of 10 and then continues to surpass it Without Any Reality, and, most of this could have been avoided by an Experienced Director but this Dir. must believe that presentational acting can bear truth: NONE is gleaned from this trainwreck of a prod, poorly directed & dreadfully acted aside from the 2 mentions. It possibly could work as an all-out farce but DO NOT Expect a Coward or Wilde Drawing Room play. Two actors=8+6+the Set 7+∞0∞= Score 21... Read more Read less

See it if You can sit through bad theater and chalk it up to a learning experience as to why things don't work and what to avoid.

Don't see it if You're looking for an enjoyable time at the theater.

Also Aside from the uneven acting (to put it nicely), the play itself doesn't know what it wants to be. Is it supposed to be a comedy (as advertised)? If so, the situations and jokes are neither set up nor delivered. Or is it supposed to be a drama? The tension / relationships neither builds nor does the audience feel / care for the characters. Either way it is a complete mess of a show. Only thing that kept audience attention was to see if the bride's breasts would fall out of her loose fitted bra. LoL. Pass!... Read more Read less

See it if You know someone in the cast.

Don't see it if You want to see something amusing. It’s not funny and boring. Acting is disappointing. The good reviews are obviously shills.

See it if You don't mind when some actors don't do much more than recite lines. If you don't mind not understanding why the 2nd act even exists.

Don't see it if If you like a gut ripping, hilarious show. If you expect perfection.

See it if You want a very traditional Neil Simon-esque comedy.

Don't see it if You want something very fresh or ground-breaking.

Don't see it if Over acting, actors who talk towards the audience instead of each other, bad blocking, cliched bad sitcom pilot script.

See it if If you just want to be distracted, and don't care what you're watching, this show is for you.

Don't see it if You don't like cliched, over the top, predictable, unfunny comedies.

See it if You love hearing white, middle-class people complaining how hard it is being rich.

Don't see it if You have any sense.

See it if If you have no idea what is funny.

Don't see it if you have a pulse.

See it if Can't find a reason to see it. I guess if you know a cast member and you want to support them.

Don't see it if It is repetitious. Too long by half an hour. 90% of the play is made up of stories, so that we are told what happens... all the time.

Also The characters are flat. The director allowed the female actresses to overact and ham it up. They end up becoming caricatures, not characters. The stage blocking is awkward with the actors moving across the stage for no reason.
The play spends too much time on exposure and very little in character development or action.
The funny moments are mostly from the silliness on stage.

Don't see it if you like good writing, good acting, and a plot that is not dated

See it if You want to get out of the heat! One gem was the older gentleman that played the House Servant. He embodied the part.

Don't see it if You have any other option. The acting was not good, the directing was terrible, and the writing...tired and not funny.

Also Needed a major re-write to make it feel fresh. Not sure if the writer read the play, but the premise to marry someone for love even if they are poorer than last two husbands and have them dressed in an ascot..silly. Written for a time when it would be shock to find out men loved each other. Old...tired...jokes were not fresh and didn't connect, casting was just poor. Don't waste your time.... Read more Read less

"Indeed, the entire enterprise is a bit of a mystery. It doesn't have a really satirical point of view, but it lacks the wit and solid construction of the vintage boulevard comedies it superficially resembles. The characters are a self-involved, shallow bunch, given to endless, unamusing complain...
read more
Get Alerts Alerts On Alerts Off
"Unfortunately, not only is the formula passé but television sit-com now does it better. The play is also too heavily plotted with two main characters with the same name and a great many petulant, entitled people. Worse still, the play fails to deliver any witty or clever lines."
read more
Get Alerts Alerts On Alerts Off