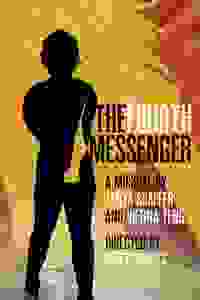 Part of the New York Musical Festival: This new show wonder, what if the Buddha were a woman living in our times? Featuring Nancy Anderson. More…

Mama Sid is a modern-day “awakened one” with a worldwide following. But a determined young woman seeks to unearth Mama Sid’s mysterious past, exposing secrets that could change everything. Epic and intimate, comic and profound, 'The Fourth Messenger' investigates what it means to be both enlightened and human. An official selection of the 2017 New York Musical Festival Next Link Project.

See it if you research Buddha & the Four Messengers on Wikipedia before you go. That will help you understand what this show aims to be about.

Don't see it if you expect a clear and intelligible narrative and memorable tunes. This show needs to slow down and tell its story simply. Too much noise!

See it if you want some great performances in a show that's engaging and beautiful at times. If you can forgive some moments that don't quite work.

Don't see it if you're not forgiving of material that is uneven. If you're only interested in seeing something that's fully baked.

Also Nancy Anderson and Samia Mounts (two leads) were very strong in both singing and acting. They, along with a few other performers, made up for some of the material that was a bit cliched and/or unfocused. There were a few clunky songs, a few too many songs, but the book was interesting and even inspiring at times.... Read more Read less