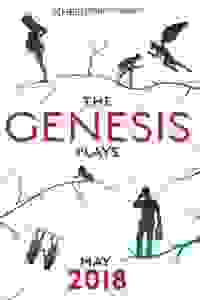 The In[Heir]Itance Project presents this world premiere drama where three actors struggle with how to tell the ancient, sacred story of Sarah and Hagar through a modern lens. Part of ‘The Genesis Plays' series.

Drawing from the Muslim, Christian and Jewish traditions, and trying various iterations to determine which religion’s version of the narrative gets told, the actors wrestle with how to tell a tale when there are multiple accounts of what happened.