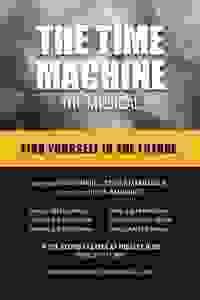 Part of the New York Musical Festival: In this wicked retelling of the classic novel by H.G. Wells, a troubled inventor discovers a modern dystopia where machines are nonexistent and love is forbidden. More…

Extraordinary events force him to venture underground where he must face the demons that control his future. An official selection of the 2017 New York Musical Festival.

See it if You really love this material and you want to support any production of it; you are okay with a couple of good voices.

Don't see it if You expect a certain caliber of singing and dancing no matter what stage of development.

Also There's a nugget of something here, with two standout voices. Unfortunately, the lead wasn't one of them. The rest is a bit embarrassing.... Read more Read less

See it if you're a fan of anyone of the very talented cast members, appreciate occasional clever effects, like period costumes, and have comp tickets

Don't see it if just don't. The music is slow, repetitive, and dark...the story is lame...and the talents involved are pretty much wasted.

2 reviews
Get Alerts Alerts On Alerts Off
60
Disappointing
July 21st, 2017

See it if Too draggy

Don't see it if You're looking for a well fleshed out story.

Also It has potential, but it needs a lot more work. Only one of the characters felt sufficiently developed - the villain. The others felt like they were just being dropped in scenarios. Some of the songs were lovely, but the main problem I had was that most of the songs didn't add depth or move the story along. It was as if someone said, "It's time for a song now. Let's throw one in." This time could have been better spent developing the characters and the story. The way they represented the time machine was extremely distracting to me. I have no problem with people representing objects if it's done correctly. (The Woodsman was masterful at it.) But it did not work for me in this piece.... Read more Read less