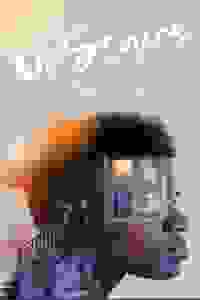 This forgotten community comes to life in all its gritty, glam-rock glory when a young fashion designer from 2017 buys the abandoned space, setting off an exhilarating journey of seduction and self-exploration that spans two generations of queer history. Inspired by one of the most significant yet all-but-ignored attacks against the LGBTQ community, 'The View UpStairs' examines what has been gained and lost in the fight for equality, and how the past can help guide us through an uncertain future.

See it if Not all top shows are on Broadway. Revisit a tough period, and the celebration of love. Great actors. A production in a perfect setting.

Don't see it if Show may already be sold out

See it if You liked "Rent" and a good "pop-rock" soundtrack, you'll love this. Gr8 story-within-a-story. Very emotive. Entertaining' stop small a word

See it if you like imaginative set design & lighting effects. Compared to the Public Theater's 'Gently Down the Stream' this is a real disappointment.

Don't see it if you don't have comp tickets.

Also To be fair, the night we saw this there were three understudies substituting for principal roles. Even so, the couple sitting next to us had seen it before and thought' "It was terrific both times". Having spent a little time in the French Quarter as a young adult (in the 1960s and early 70s), this production seemed overly stereotyped, and it simply disappointed when I had truly hoped to like it.... Read more Read less

See it if you enjoy immersive productions, LGBT stories, and original musicals with passionate scores! Part fantasy, history and refection. Go See it!

Don't see it if you don't like being up close and personal with a show or don't appreciate LGBT stories.

See it if you want to see incredible singing, lighting and use of the space.

Don't see it if you're not interested in a lackluster book or an unfocused, messy story.

See it if a serious musical about a nightclub fire and those who are remembered and those forgotten by a resentful threatened society at the time.

Don't see it if a story of gay life bothers you and your not to sympathetic to their struggles.

See it if You have a heart, are open-minded, and enjoy semi-powerful musicals

Don't see it if LGBT topics are not to your liking

See it if You need to be in the space of this play, need to feel the emotion. A poignant reflection of tragedy but also a stunning hope of our future.

Don't see it if You aren't willing to shed a few tears and are not willing to invest in the never ending fight for community, love, acceptance & dignity.

Don't see it if you have no interest in gay history in the post-Stonewall period.

See it if a campy, gay, and fun musical with a mildly preachy book. Also, if you like to be "transported"

See it if you like musicals set in an intimate theater, good singing & acting, a fun & surprisingly moving history of LGBTQ issues in the 1970's

See it if you're like me & you enjoy exploring new Off-Broadway musicals, since that's where a lot of risks are taken. This show had a nice message.

Don't see it if you're going to be disappointed by two-dimensional characters, trite thematics & eye-rolling dialogue. This risk doesn't pay off.

Also I enjoyed the staging & the immersive experience. The cast is spirited & works hard. And the music was nice. But the concept was really hackneyed & trite.... Read more Read less

See it if you have to see every LGBT-related show playing in the city. However this one is not worth seeing.

Don't see it if just don't waste your time. There is nothing really enjoyable about this show except a cool set. Book and singing are poor.

See it if The lives of gay people in a bar in downtown NOLA., with many different characters. Music is good, acting is good.

Don't see it if Fringe and downtown vibe is not for you.

See it if you are interested in a community of LGBT people who are funny, brave, and full of life, despite the horrors they experience with a tragedy.

Don't see it if are uncomfortable with LGBT issues. Yet, as a human being, you can certainly relate to the joys/csorrows the LGBT characters experience.GO!

Don't see it if You need a realistic (or even remotely believable) plot. Also, several of the performers were really disappointing.

Also I really wanted to love this show and was so disappointed. The concept just doesn't work and while there are a few moments that work, it's not enough to justify the evening. The bar and the story of the fire is a great idea for a story but the framing device was a total miss.... Read more Read less

See it if You want to be entertained for two hours and have your own jaded modern sensibility torn away for a bit.

Don't see it if You can't overlook the message being pushed a bit too hard. You have floor seating and don't like being interacted with.

Also The View Upstairs has so much to say about gay culture then and now, and how in a perfect world we could meld the best of both and accept the worst.

I really wanted to hate this for a lot of reasons, but laughed and cried my way to a 90 rating and just can't recommend it enough.

See it if 70s era pasticche, gay and lesbian themes

Don't see it if amateurish

See it if you want a look at pre-AIDS N'awlins with a ragtag gay CHEERS-mileau group of regulars. You appreciate good singing voices.

Don't see it if you think a nearly 2 hour musical with no intermission will drag (pun intended). You don't like gay-themed theater.

Also Based on a true story of a fire-bombing at a gay club in the French Quarter of New Orleans in the early '70's, the story focuses on the unhappy lives of the bar's patrons before the fire. If the rest of the show lived up to the drama, tragedy, & senselessness of this horrific event, it would be more moving. Instead, it chooses to tell the (largely unhappy) tales of each of the victims before tragedy struck. These folks had a community with each other until it was hatefully ended, but I wasn't as moved by their lives as much as their senseless deaths.... Read more Read less

Also This musical is perfectly set in the intimate Lynn Redgrave theater. The set is fantastic and realistic - depicting the bar in detail to be very similar to the actual Upstairs Lounge in New Orleans. The immersive staging, with actors performing around and with the audience makes them feel a part of the story. The actors each have their own character and perform it well. The songs are all individual to the performer and have a feel of the music of the era (1970s). The fact that playbills aren't given until after will have some upset, but this way you have to pay attention to what is going on and the ending (which really happened) may come as a surprise to some who don't know this history. Makes you feel for the characters more and no fore-shadowing. The time machine aspect works, and though a burned out bar prior to the time machine, you still don't know HOW it was burned. A very enjoyable evening with good actors/singers, great set and costumes. A nice musical.... Read more Read less

See it if you are interested in gay history. like musicals. costumes and setting where on point for that time.

Don't see it if you cant deal with gay story line

See it if you like musicals, gay themes, good acting, fun.

Don't see it if you are homophobic, don't like musicals and interactive shows.

Also A very funny, amusing play about a group of gay people. Based on a real story, it is a flashback to before a tragedy with a visitor from the future.... Read more Read less

Don't see it if don't like to be part of festival, environmental theater, think the characters are clichéd and familiar (but stick it out)

See it if You are interested in hearing some truly wonderful songs of love, loss and acceptance. You are a Frenchie Davis fan.

See it if You like LGBTQ themes. Amazing cast, and also relatable to our current political situation. The ending is precious!

Don't see it if You don't like loud music or LGBTQ themes. There are no certain "plotlines" in the middle of the show, so I almost fell asleep (10 pm show).

Also Michael Jackson is going to be white, and our president is going to be orange. So nostalgic. It's not the end of the world, just like 30 years before, but it's going to be the end of some people's lives due to the gun shot. Life still goes on no matter what.... Read more Read less

Invisible Wall Productions
Producer
Get Alerts Alerts On Alerts Off 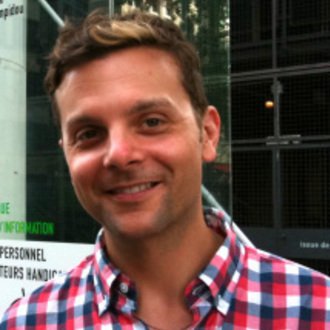 Scott Ebersold
Director
Get Alerts Alerts On Alerts Off 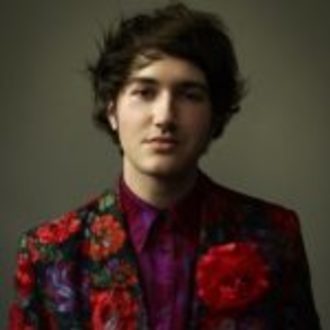 Max Vernon
Lyricist
Get Alerts Alerts On Alerts Off

Max Vernon
Composer
Get Alerts Alerts On Alerts Off 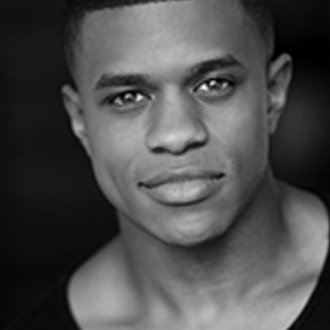 Jeremy Pope
Wes
Get Alerts Alerts On Alerts Off 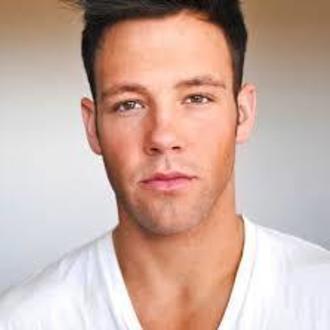 Taylor Frey
Patrick
Get Alerts Alerts On Alerts Off 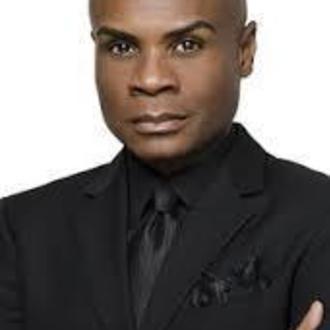 Nathan Lee Graham
Willie
Get Alerts Alerts On Alerts Off