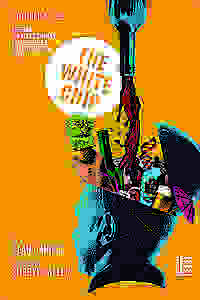 Steven is on top of the world: he’s married, has good friends, and is steps away from his dream job running one of the hottest theaters in the country. He also happens to be an alcoholic spinning out of control.

Follow his life from first sip to first love, critical hit to critical care, all the way to rock bottom, where he carves an unusual path to sobriety. The White Chip is a wry and wild theatrical journey to recovery.

See it if you want to see a well-acted story about one man's alcohol addiction.

Don't see it if you want more depth and action. This is a man describing decades of his life where you're told what happened rather than seeing it acted out

See it if You'd like to see Joe Tapper do a 1st rate job, taking on the emotional roller coaster ride of an alcoholic Mormon kid who's cured by Jews.

Don't see it if you'd dislike yet another look at addiction, albeit one with good acting and solid points.

Also Not really clear why the story imports Jews or why the Jews bring science into this mix, but the acting is solid.

Tapper holds his own (as Steve) through roughly a 1 1/2 hour piece, with no intermission.

While I laughed a few times, I wouldn't say this is comedic or especially funny. Nor is it especially healing. It brings up Parkinson's (as well as alcoholism) but not in a helpful or informative way.

Very adeptly done, but overall, this was not a great show. Solid and worth seeing, but just okay.

See it if You want to see a well-acted play that moves at a lightning quick pace.

Don't see it if You're looking for a play that's a little more story driven - it tells the story of a life but doesn't have a plot drive aside from that.

See it if getting sober is a bitch...but these 3 talented actors find the humor in it...something for everyone here...

Don't see it if addiction or sobriety is something you don't want to see playing out on stage.

See it if You are interested in a non traditional structured play dealing with alcoholism.

Don't see it if You don’t like plays where characters break the fourth wall.

Also The 3 actors are great, especially the two playing multiple characters. There are laughs and heartfelt moments. I’m just left wondering why the first person narrative. At times it lessened impact because they are telling not showing.... Read more Read less

See it if U want to see a well written/acted play about addiction; while trying to keep a normal life, refusing help first but then hits rock bottom

Don't see it if If alcoholism,fault language bothers you. Family dynamics reaches new heights when the protagonist fails to attend gatherings due to addicti

See it if You like a comedy/drama about a person conquering his alcoholic addiction that is written with humor but still treats its subject seriously.

Don't see it if You like lighter fare and don’t wish to see a play about addiction,

Also The play held my interest from beginning to end, first with laughter and then with tears.... Read more Read less

See it if you'd like a funny and touching personal story of a man's relationship with alcohol - and his eventual determination to be sober.

Don't see it if there isn't much downside to this play. It gets a little preachy at the very end, but otherwise it's solid on all fronts.

See it if You are interested in following the evolution of 1 mans alcoholism from 1st drink, to hitting rock bottom, to multiple rehabs and relapses.

Don't see it if You don’t like alcoholism or religion treated with some humor. Play is not funny but some humorous lines.

Also This is a solid play and really worth seeing. Acting is very good, especially the lead. Story feels very real and is based on actual experience of this production’s artistic director.... Read more Read less

Also you. The humor is there but is laced with bitterness and is not as outrageous as to be really funny. The ultimate message of the play is important and inspiring though.... Read more Read less

See it if you're up for experiencing one man's epic journey with addiction, told both humorously yet seriously.

Don't see it if you need a break from serious plays. This topic is rough, but the journey is both interesting and entertaining.

Also if you've ever been frustrated with someone's addiction and wondered "Why can't they just quit?" or "How could they have started up again? They were doing so well!"... then this play is for you. It clearly shows how an addict can hit bottom, sober up, then relapse and sink lower, over and over again. It's sad but illustrative, and gives me sympathy for just how hard beating addiction can be.... Read more Read less

See it if What a true life story about the alcoholic addiction. A well-acted Tapper and two supporting actors, & well-earned understanding n respect.

Don't see it if Talking about alcohol addiction upset you.

See it if You can handle seeing a man's road to recovery from alcohol with humor. Face paced but slow at times, multiple characters played by 2 chara.

Don't see it if If you might be triggered by alcoholism

See it if you like great acting, relevant subjects, and an entertaining way to deal with a painful subject.

Don't see it if you do not care to witness a person's emotional pain, even if presented with a touch of humor.

83 reviews
Get Alerts Alerts On Alerts Off
During previews
73
Entertaining, Clever
October 11th, 2019

See it if You want to see a small new play that deals with addiction in funny and interesting way.

Don't see it if You want a straight narrative play.

See it if you enjoy a well-told, well-acted alcoholic war story

Don't see it if you are tired of the undeniable fact that everyone in show biz who's been to a rehab eventually thinks, "Hey - this is COMIC MATERIAL!"

Also Very good staging and sound effects; three actors do a lot with a little in terms of props and keeping the pace moving briskly along. The ending is a calculated lump-in-the-throat "Awww!" tearjerker, but I won't say it's unearned. An enjoyable, smartly-written show, and the writer is pretty honest about his foibles and failings, so I had a good time.... Read more Read less

See it if ...you don't mind seeing the humor in difficult situations dealing with addiction.

Don't see it if ...you can't deal with subjects having to do with alcohol addicts.

Don't see it if You've seen O'Neill or many playwrights who have something actually to say and share about self abuse.

See it if you want to see a play about recovery, engagingly done.

Don't see it if you don’t want to see a play about recovery, no matter how engagingly done.

Also I’ve been seeing a lot of plays that I’ve been finding untruthful lately, but this one is truthful in spades—-perhaps to a fault. It’s one man’s recovery story, and it’s myopic and self-obsessed, as many addicts are. But this writer (and the audience) has the good luck to be served by a director and cast that really knows what they’re doing, and keeps the evening engaging, even enchanting, much of the time. It’s funny and not pretentious, and though I found the story tedious in stretches, that is because I find addicts tedious. It was human, it was never false, and it gave some talented artists the chance to rise to the occasion, which they did.... Read more Read less

See it if you know anyone or are someone living with addiction. It's a very human (and funny) look at a downward spiral.

Don't see it if you have no desire to laugh at human foibles. 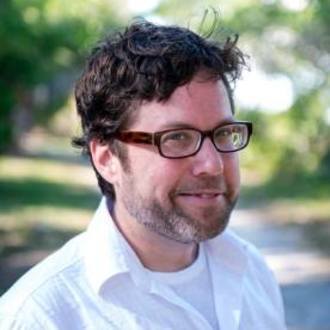 Sean Daniels
Playwright
Get Alerts Alerts On Alerts Off 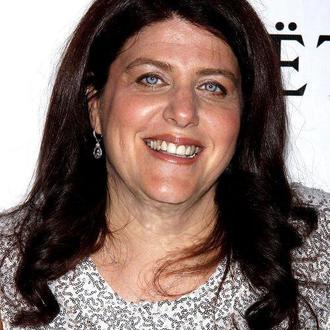 Sheryl Kaller
Director
Get Alerts Alerts On Alerts Off

Arizona Theatre Company
Producer
Get Alerts Alerts On Alerts Off