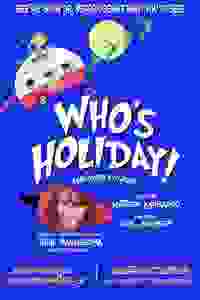 This wildly irreverent solo show is a heartfelt holiday parody that looks at the life of a grown-up Cindy Lou Who. Starring Lesli Margherita ('Matilda The Musical').  More…

A middle-aged Cindy Lou Who, now residing in a beaten-down trailer in the snowy hills of Mount Crumpit, is about to host a Christmas Eve party for her friends. As she prepares, she recalls from her own perspective that fated night when she first met the Grinch, and the strange turn of events her life has taken for the past 40 years.

See it if Enjoyment rises with a greater knowledge of the Seuss anthology; however QueenLesli gets to show off her range of talent regardless

Don't see it if Bawdy adult humor falls between an R and NC-17; hour and a few minutes length may reduce the sense of value; audience participation at times

See it if you like adult humor and clever writing. I had a delightful time. The actress is very funny and talented. The set and costumes were great.

Don't see it if you are easily offended, you don't enjoy silliness, you don't care for one-person shows and/or audience interaction.

See it if you like your Christmas treats twisted. It works best when it shticks to campy fun. Moments of serious sentimentality slide off the mark.

Don't see it if you're looking for "pure" holiday joy. This is Bad Santa meets Dr. Seuss but sadly not nearly as outrageous or clever as either.

See it if you want to see an adult solo Christmas production that is very funny and touching.. The actress Lesli Margherita is magnificent.

Don't see it if if you are taking a child - it is a bit raunchy. The show is only one hour long.

See it if Fan of award winning performer or just want to get toasty and warmer. Want an offbeat holiday show? You shall leave with your face all aglow

Don't see it if Fifty five minutes is too short a show. Wait until prices get really low. Expensive entertainment in midtown, so ticket prices get you down.

Also Margherita is a hoot. She even throws in two rap songs. The wig is hideous, hiding her true beauty. I thought that it was just the right length. Audience participation segment was quite a howl, as it is mostly unscripted. Quirky, off the wall show with a bright, lively set. Price is the most important consideration for one person shows. The variety of entertainment is limited. Audience must really be willing to pay, especially in upscale venues.... Read more Read less

See it if You like clever takes on traditional topics. You will laugh at many of the sly references.

Don't see it if You are easily offended or want traditional fare.

Beau G
New York City
35-49 | Male
177 reviews
Get Alerts Alerts On Alerts Off
69
I do not like a rhymed iamb; i do not like them sam i am, Broad satiric humor with a touch of sentimentality, Anything-for-a-laugh performance
December 14th, 2017

See it if you want to be wasted away again in Margherita-ville; don't bother if her none-too-subtle brand of humor doesn't amuse you

Don't see it if you don't want a decidedly non-family-friendly, snarky and a tad maudlin take on the aftermath of Cindy Lou Who's encounter with the Grinch

Also The design elements are top drawer, almost raising expectations higher than this thin, 60-minute solo show is prepared to make good on. It's a quick holiday laugh, relief from the seasonal feel-good family fare, and probably best enjoyed after a drink or two.... Read more Read less

See it if You like Lesli Margherita (this is a tour de force). You like Dr Seuss, and parodies. You don’t take the holidays too seriously.

Don't see it if You’re offended by adult language or themes. REALLY adult.

Also First off, Lesli Margherita is wonderful!! She does an amazing monologue for an hour, as a trailer-living Cindy Lou Who (now outcast from Whoville) in rhyme. And she sings with that amazing voice. And she brings depth of emotion.

The writing is wonderful and references lots of other Dr Seuss stories.

There was genuinely nothing about it that wasn’t wonderful. I wish it had been longer.

See it if you enjoy spins off existing works. This is crass, and hilarious. Lesli knows how to engage (and mock) her audience, and does so directly.

Don't see it if you want to do something with the kids. This is not kid-friendly. If you're sensitive or overly-PC, you will probably not enjoy it.

See it if in the mood for a naughty solo Seuss story (not for kids) delivered by a saucy actress in rhyming couplets with songs, ad libs, & heart.

Don't see it if you're not in the mood for silly intermission-free 75 minutes.

See it if You like one woman shows. Great acting. Very enjoyable. Well written

Don't see it if You don't like Christmas shows.

See it if you want big laughs from an irreverent satire with a hilarious star turn.

See it if See it! It should not be missed. The woman is a comedic genius and she mines the well-written monologue for every bit of its worth!

Don't see it if Cindy Lou Who is a personal hero. You’ll end up in an alley with a bottle of Night Train.

See it if You like a saucy Lesli Margherita set loose on a crowd. But also, the play ends up being surprisingly poignant. It creeps up on you

Don't see it if You can't stand the rhyming verse, or you don't like audience participation

Also In another actor's hands, this would probably be really ham-fisted, but Lesli gracefully transitions between the comedy and the more poignant moments. I found myself surprisingly touched by the end.... Read more Read less

See it if You enjoy very funny and entertaining shows. Lesli Margherita is phenomenal-A Who’s Who in Whoville great comic talent and singer. Poignant

Don't see it if You are a Grinch, or offended by occasional risqué comments... so worth it though!

See it if a very funny lady in an adorable trailer, telling her life story in a lovably raunchy way, just might make 2017 a more memorable Christmas!

Don't see it if u are easily offended by cursing & sexual humor. If you don't care for 1 person shows, this talented woman's efforts might change your mind

See it if you want a funny, fast, zippy one woman show that entertains and delights, occasionally dipping into sad reflection. Great holiday outing!

Don't see it if you can't handle an hour of rhyming couplets or are put off by mild vulgarity and drug reference. Everyone in audience had a great time. GO!

See it if You enjoy the grinch and think that Lesli can do no wrong. A new kind of holiday event for you to try.

Don't see it if You are easily offended and are expecting a laugh out loud. It was only 55 minutes and most of it was sentimental. Just ok. Can’t recommend

Also Lesli was really inconsistent when we were there and you could tell that the quiet crowd didn’t help the show. She kept slipping into her Matilda accent and the play was no where near as funny as expected. It was kinda dark and demented. I went home and watched th Jim Carrey Grinch in hopes that I’d soon fortget my disappointment and have some laughs. Woman behind me payed $100 for 55 minutes and I felt for her.... Read more Read less

See it if You are a fan of How the Grinch stole Christmas and want an adult and very real feeling sequel. You want to see a masterful performance.

Don't see it if You are expecting a children s show. You want the Grinch story to remain pure in your mind.

See it if You enjoy a raunchy take on Dr. Seuss.

Don't see it if You are easily offended or planned to see a family-friendly show.

See it if U want anything with a holiday theme title. U want to see a loosely based Grinch absurdist story with adult contents. Not for under 17!

Don't see it if U expect quality & class for a holiday show. It is also not a complete comedy for there is a dark undertone that is incongruent to "joy"!

Also The bright Stage Set is great!This is a quirky weird so-called comedy show that generates a few laughs from cheap humor, trashy talk, explicit sexual content (suggested rape...despicable!), simulated alcohol & drug abuse usage ( treated as if it is ok & a great way to relax!) & even insensitively eating a pet! While an adult audience can accept such content & even be open minded about it, as a theater fan, one has to wonder is there no talent left or creativity so lacking that a show is based on only foul expression?!? This show is highly disappointing because it is not even a cohesive play but rather a marathon of vignettes to see what else can get lower on good taste.

There is a dark undertone to the whole play with teenage pregnancy, substance abuse, domestic violence & killing, child protective separation, jail, social dysfunction etc. to weight the viewer down despite the cheap humor.

The contents of this show is incongruent with the joy & positive karma of the holiday season.

See it if you like your Seuss raunchy, you need to learn what an isthmus is, or if you love The Queen, Lesli Margherita.

Don't see it if you hate smiling, you hate cleverness, or your favorite thing about Theodor Geisel is that his drawings of Asian people are totally racist.

See it if you can appreciate Christmas related off color entertainment. Lesli M. was excellent.

Don't see it if You are not enamored with off color Christmas entertainment.

See it if You want good holiday fun and a different look at Christmas.

Don't see it if You don’t like one woman’s shows and holiday fluff shows.

Don't see it if you don't want to listen to an hour plus of rhymes. It's amazing how Lesli Margherita can remember them all in this one woman show

Also As long as you are not easily offended by foul language and raunchiness this is a lot of fun! Love Lesli Margherita. Adults only!... Read more Read less 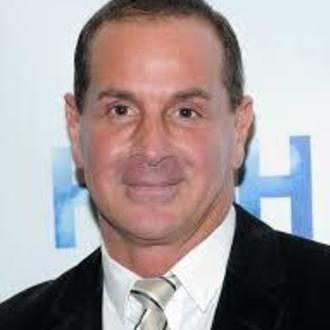 Matthew Lombardo
Playwright
Get Alerts Alerts On Alerts Off 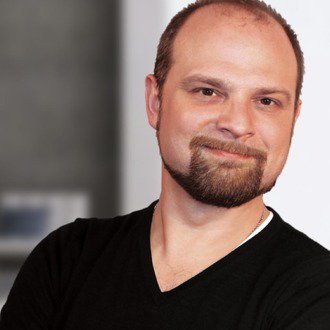 Carl Andress
Director
Get Alerts Alerts On Alerts Off 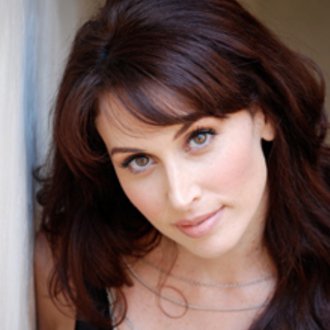 Lesli Margherita
Cindy Lou Who
Get Alerts Alerts On Alerts Off 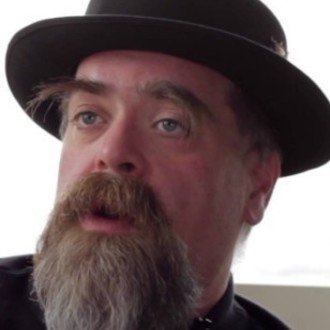 David Gallo
Set Designer
Get Alerts Alerts On Alerts Off 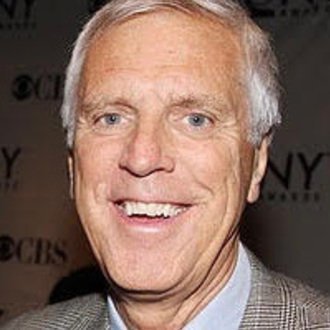 Ken Billington
Lighting Designer
Get Alerts Alerts On Alerts Off 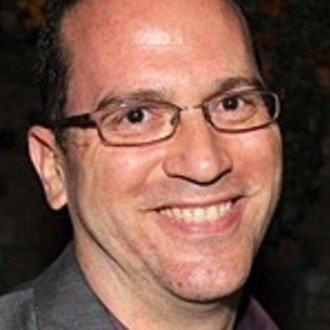 Bart Fasbender
Sound Designer
Get Alerts Alerts On Alerts Off 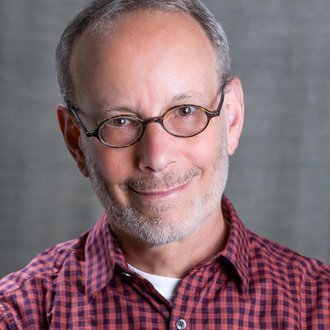 Jess Goldstein
Costume Designer
Get Alerts Alerts On Alerts Off