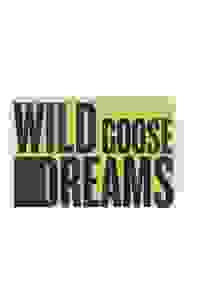 Minsung is a “goose father,” a South Korean man whose wife and daughter have moved to America for a better life. Deeply lonely, he escapes onto the internet and meets Nanhee, a young defector forced to leave her family behind in North Korea. Amidst the endless noise of the modern world, where likes and shares have taken the place of love and touch, Minsung and Nanhee try their best to be real for each other. But after a lifetime of division and separation, is connection possible?

See it if A North Korean defector and a lonely South Korean man (with wife and daughter in USA) try to bridge barriers and forge a relationship.

Don't see it if You dislike experimental theatre. You want a play about relationships unburdened by distance, borders, and Internet cacophony.

See it if A good story about a subject rarely spoken of - Korean men who send their families to the US. A young, lively cast. Great set.

Don't see it if The attempt to be hip by having a chorus act as the voice of websites and phones was mostly distracting.

See it if you enjoy "performance" style theatre. Creative use of a greek chorus in a modern story about people trying to connect in today's space.

Don't see it if you don't like "performance art". The plot almost feels like it is the filler between the actual filler of the show.

See it if You want to see a play about loneliness between a North Korean woman and a South Korean man who connect through social media.

Don't see it if You don’t like plays that depend on a Greek chorus.

Also I was divided in my decision on the rating of this play. The story was moving, beautiful, and well acted. The staging was clever and unique. However I found the chorus both irritating and distracting. Perhaps I am not a fan of performance art or do not understand it, but I do think that the story could stand on it own without it.... Read more Read less

See it if you want exploration of loneliness of 2 connecting via social media -- amidst issues of N. & S. Korea, and husbands separated from family.

See it if You'd like a story caught between the jangling of social media and the quiet frustration of loneliness and separation from family.

Don't see it if You like your theater to play out familiar themes in familiar forms, need happy endings, or somehow don't like Francis Jue.

See it if you like new plays exploring the digital world on stage and don't mind being a little socially uncomfortable.

Don't see it if you have never used social media and don't understand it at all.

See it if You are feeling particularly lonely at this moment. Like, right now as you're reading this. Go. Someone in this world cares for you. Now go.

Don't see it if You dislike theatre that relies heavily on artifice. There is a very real, human story but it is sometimes obscured by certain devices.

Also “I think we all have moments of feeling isolated or alone,” -Tracy Crouch, UK minister of loneliness

Wild Goose Dreams, while at times hindered by theatrical devices, is a truly touching story about what it means to be lonely and isolated in today's world.

It manages to be both culturally specific and universal at once.

The set, sound, and lighting design are excellent. The direction, for me, was at its best genius and at its lesser moments a bit over devised.

The script is perhaps its biggest hinderance. There are times when characters are speaking in haulting sentences, signifying that they are not speaking to someone in their native language. But just as often it appears that the language is stilted and awkward even when there is no language barrier.

But the cast is wonderful and does a superb job of delivering the rather stylized prose.

There's also some great original music in the piece.

I cannot recommend this enough if you are someone who might feel alone right now.

See it if You want to see an Asian story that at its core is good but the execution muddles the text and tone.

Don't see it if You are going to be annoyed by a lot of extraneous nonsense going around an emotional romance between two Koreans that detracts from it.

Also There is a lot of repetitive "singing" and motioning of internet activity that opens the show and continues throughout. The beginning goes on far too long and I was annoyed by it. That made me think we were in for a long evening of this endlessly. Thankfully it waned as the play progressed but I think the usage of that device really detracted from the emotion of the piece.... Read more Read less

See it if A play about a woman who fled North Korea and a lonely South Korean man, whose family live in the U.S., both looking for love & more.

Don't see it if The background chorus dealing with emojis wears thin after awhile. It's a simple story line about people searching for happiness.

See it if you enjoy a play with interesting contemporary social media as part of the script. great acting

See it if You like original works that feature great staging and performances, interesting characters and plot, that combine humor and pathos.

Don't see it if You don't like things that mix the surreal with the real, that shift between humor and pathos.

Also One of the freshest things I've seen this year, this play blended funny and sad successfully--not an easy feat. I really like works that are about emotions most of us experience (love, guilt, loneliness) but within a cultural milieu that for many of us, myself included, is alien, in this case South and North Korea.

Before the play, my husband and I had the unique pleasure of talking to the director, Leigh Silverman. We've seen seven plays she's directed and think she's brilliant!

See it if you want to see a play with underrepresented characters/a story that isn't told very often; in a new, exciting format

Don't see it if You want to care about the characters and like a coherent, easy to follow story.

See it if you like how the Public Theater lavishes spending on even poorly written work. The North/South Korea theme should have been the entire focus

Don't see it if you are annoyed by flat-footed dialogue and equally flat acting. The chorus gratingly verbalizes all social media emojiis and responses.

See it if You want to see cleverness., good acting and direction.

Don't see it if creative, unusual staging would not intrigue you

Also A play written by a young South Korean playwright is certainly a rarity and the content and point of view of this work is not well tread. We are in South Korea and the two protagonists who are working on establishing an intimate relationship are a newly defected woman from North Korea and a "goose father" - an American who lives in South Korea and earns money to send home to his family in America. That is interesting enough. What really makes this story come to life is the creative and unpredictable staging and direction. There were many times that I was surprised by the dialogue and the twists and turns of the narrative but never did it seem forced and false. The work has a lot of poetry and beauty in it as well. It is quirky and boldly funny but it is also serious and sad at the same time. In fact, ultimately, it certainly is tragic but somehow that does not overshadow the integrity and the verve with which the characters have resiliently attempted to create some happiness.... Read more Read less

See it if You are a fan of Hansol Jung. This play presents another facet of her amazing writing.

Don't see it if If you have no patience for non-traditional story telling.

Also I am a fan of Ms. Jung's work, after seeing Cardboard Piano at Humana, and then Among the Dead at Mayi. She's a welcome voice in American Theater. I also saw a workshop production of Wild Goose Dreams at the Public last year. I wondered how the play would ultimately be fully realized, given the number of theatrical devices the play requires. I have to say that after seeing the full production in previews, I lost the poignant story of isolation and loneliness. Clint Ramos set almost steals the show, but it doesn't help the story telling. More is not always more, and this is one of those cases.... Read more Read less

See it if If you can get to the main story, about a North Korean woman falling for a married South Korean man - and for the amazing set design!

Don't see it if You care about coherent plots or have an aversion to a chorus continually spouting internet words as if they're "emojis" - doesn't work!

Also The set is GORGEOUS and a real stunner - that and a brilliant performance by the always amazing Francis Jue as father - is the only reason to see this confusing, boring hour and 45 minute mess. The writing is so amateurish, yet the story could have made for an amazing evening. So dissappointed.... Read more Read less

See it if Hansol Jung’s unique storytelling, with fluid changes in location and stylized linguistics, are brilliant.

Don't see it if Please secure your ticket and see this magnificent show!

Also Leigh Silverman’s direction is brilliant. Clint Ramos’ set is gorgeous, with many Korean locations and replete with flashing neon and vivid pictures. It is as if the entire production was conceived as a giant collage containing many symbols from the story. Linda Cho’s costumes create a bridge between a fairy tale universe and the poor and mundane existence of the play’s main characters.

Francis Jue, in the role of Yoo Nanhee’s father, wonderfully brings the audience in, setting the tone for the entire play. Peter Kim, who plays Guk Minsung, is phenomenal. He almost reminds me of “Willy Loman” in Death of a Salesman. Kim’s compressed but wide range of acting is just perfect for the role. Michelle Krusiec, who plays Yoo Nanhee, delivers her character’s complex story and overall presents a solid, nuanced performance. Kendyl Ito and Jaygee Macapugay, Guk Minsung’s daughter and wife, respectively, both perform beautifully, both in monologue and ensemble work. 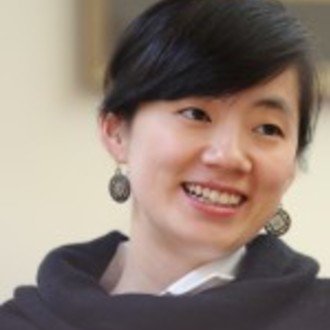 Hansol Jung
Playwright
Get Alerts Alerts On Alerts Off 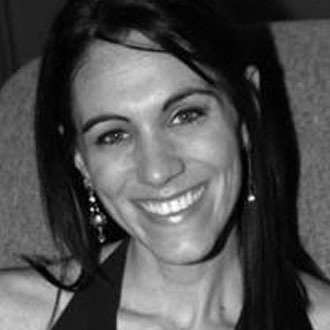 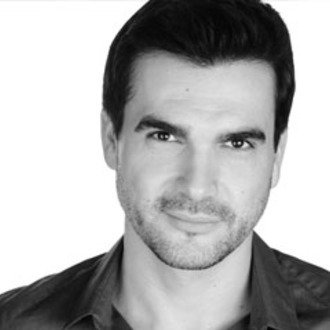 Dan Domingues
Chorus
Get Alerts Alerts On Alerts Off 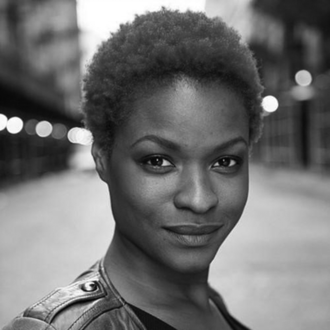 Lulu Fall
Digital Nanhee/Chorus
Get Alerts Alerts On Alerts Off 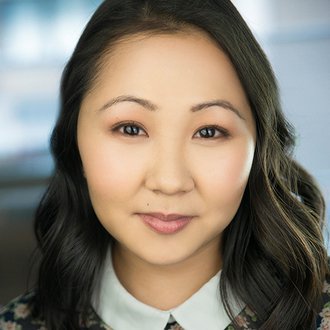 Kendyl Ito
Heejin/Chorus
Get Alerts Alerts On Alerts Off 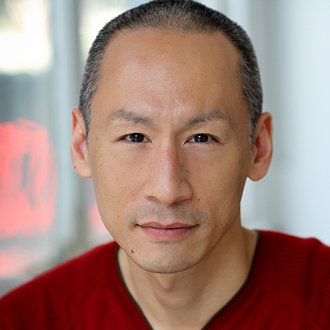 Francis Jue
Father
Get Alerts Alerts On Alerts Off 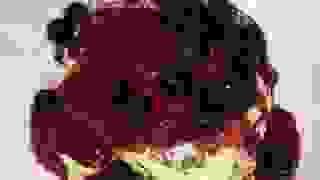 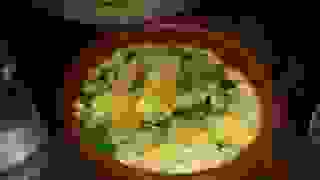 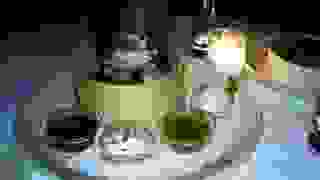 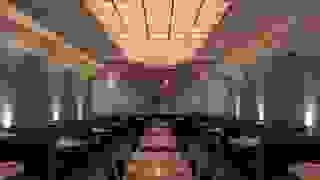