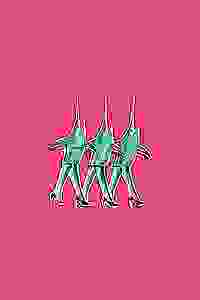 The author of "Men in Boats" returns to Playwrights Horizons with a new comedy that tracks and subverts patriarchal narrative tropes throughout the ages. More…

From the brawny castles of 16th Century France, to the rugged plains of 1960s Idaho, to the strapping fortresses of 1920s India, all hail the remarkable stories of Great Men! — and their whiny, witchy, vapid, vengeful, jealous wives. In this kaleidoscopic, time-hopping comedy, Jaclyn Backhaus pushes past patriarchal cliché to reach an ecstatic breakthrough, untethering stories and history — and language itself — from the visions made by men.

See it if you like plays that are comments on gender roles and done with a light witty style. The settings keep moving. Small cast keeps it fun.

Don't see it if you want a traditional narrative play with a big cast and sets. This presents big ideas within a smaller frame.

See it if you are related to the playwright or any of the actors.

Don't see it if you are a crabby old man.

Also rubbish! 10 seconds in, and every fiber of my being cried: FLEE! but i stayed (being in the center of the front row forced me stay in my seat). clearly, i am not the right audience for this kind of play -- i guess that i am part of the categorically dismissive patriarchy that the playwright deplores. and from that vantage point here's what i experienced: a play that began as a parody of a badly overacted high school production and morphed clumsily into pretentious drivel about selfhood and independence. blech!... Read more Read less

See it if you'd like to see historical matters told from the point of view of the women (wives) of the time.

Don't see it if you're expecting a complete, coherent, experience. This feels more like work in progress.

Also The idea is good but the execution is disappointing. The writer has ideas and beliefs that are worth spreading but it feels like the characters are just spelling out a manifesto instead of working out conflicts in their lives. Also, actors fall in and out of accents, there was no clear standard for a certain way of speech for everyone at a given time period and it was very confusing. The last act was a case study of "telling" instead of "showing". This is theater, please show us 'what it was like' instead of giving the characters huge speeches of descriptions.... Read more Read less

See it if you enjoy seeing history from a woman's point of view.

Don't see it if you have no sense of humor.

See it if You love anachronistic, feminist witchy theater happenings that know where they've come from and are burning brightly towards somewhere.

Don't see it if You need clear traditional narratives and/or approaches to history/theater. You need answers spelled out. You think history is great men.

Don't see it if You don't like a satirical look at some famous marriages.

Also This is a very good effort by the playwright, Jaclyn Backhaus ("Men on Boats"). Some of the scenes are downright hilarious, especially the bitch session between 3 of Ernest Hemingway's wives. The acting is terrific, notably by Adina Verson (wife 2). But the play loses its power when it enters "lecturing mode" in the last scene. As the show gets more serious it seems to lose its mojo.... Read more Read less

Don't see it if You want a linear plot throughout the whole show, and not thematically tied short plays

18 reviews
Get Alerts Alerts On Alerts Off
54
Disappointing
October 7th, 2019

Don't see it if confusing and last part is not worthy of watching.

See it if It's a wonderful example of modern storytelling of a plot you know. And although you know the ending, it hits you like a punch in the gut.

Don't see it if if you don't like modern takes on an old tale. It's difficult to come up with a reason someone wouldn't like this show.

See it if you're interested in new feminist plays

Don't see it if you're not interested in new feminist plays

See it if The first 2 scenes were very funny and clever. Great performances.

Don't see it if The 3rd scene had nothing to do with wives, nor with the flow of the other 2. It's absurd, not about wives and very cliched.

Also The last scene is severely misplaced in this play. Completely does not belong here. It's like the author was doing good with the first 2 (which have a very well defined thread even though are very different), then ran out of time and stole a scene from some other play in the drawer and pasted here at the last minute.... Read more Read less

See it if You enjoy funny comedic performances. Show is formatted as short vignettes with a common theme.

Don't see it if I really liked the show up until the last scene, which wasn't cohesive with the theme of the previous scenes.

See it if If you want a play that tracks women over different time periods. For the most part well acted.

Don't see it if If you want a coherent play that makes sense. A play that needs a lot of fine tuning and reworking.

See it if to see 4 brave, talented actors yuk it up & try to hold together a trifling historical comedy about the chronic marginalization of women.

Don't see it if u hope for a sharp comedy (or even a mildly funny one!); u expect a play that "subverts patriarchal narrative" to actually feel empowering.

Also Not a single funny thing is said for the entire 90 minutes in what is clearly meant to be a "lol" comedy. Lots of things are said funny, but they're not funny things. Any laughs elicited by this third-rate, amateur script -- aside from those supplied by the comical voices & faces of the very resourceful cast -- are mostly cheap laughs from the anachronisms of pre-21st Century characters saying things like "dope" and "OMG" and "bitch, please" or sashaying like contestants on Drag Race. And I don't even know what to say about the rabbit hole of pretentiousness that the play suddenly plunges down in the last act. The irony is not lost on me that the whole show feels like it was written by the naive, self-indulgent, overachieving Oxbridge coed who makes an unwelcome appearance towards the end of this play.

See it if a series of 4 feminist-themed sketches, 1 of them brilliant, 3 of them not, sounds to you like a worthwhile evening in the theater.

Don't see it if you are looking for play that integrates its parts.

Also “Wives” in effect is an anthology of 4 somewhat related sketches that share a feminist theme. Not a fatal concept. And when 1 of the 4, a fictional meeting of 3 of Ernest Hemingway’s wives at his memorial service, is totally brilliant, it might be worth a visit to the theater – it was for me. But I should also report that the other 3 parts are either interesting but unfinished, interesting but unfocused & a thin unfunny comic sketch; that way you might better decide if the evening is right for you. I found the 4 actors unerringly terrific, even when (especially when?) asked to do some very silly bits – often with delightful results. But in the end I felt that the general feminism that the 4 short bits share was not a strong enough reason to justify tethering them together.... Read more Read less

See it if Significant others(not all spouses) frustrated at their oppressive lot in life,cross time periods to make a statement in sketch comedy form.

Don't see it if History books weren't recording them, but the ladies were there, too.Playwright attempts to bring attention and right this wrong, but fails.

See it if you like witty dialogue and some very funny scenes. The play has a lot of potential but it needs work done.

Don't see it if you like a show where all the scenes work together.

Also I saw the second preview. It had 10 fewer minutes than the first preview. The first few scenes were very funny but the second half needs a lot of work. Good acting and nice staging. I would like to see this show after previews to see what work was done. This show had lots of potential.... Read more Read less

See it if You find it absolutely hilarious (like some in the audience) when the women call each other "b*tch" or keep saying the F word over & over.

Don't see it if You can't make any sense (like me) of who these 3 women & 1 guy were supposed to be. 4 different scenes & they're different people in each?

See it if You can get out after the first two vignettes. Steep downhill after that.

Don't see it if As others have noted, the King Henri and Hemingway's wives pieces were mildly amusing.

Also The final piece might as well have been spoken in Swahili. It was that incomprehensible to me.... Read more Read less

See it if like quirky snapshots throughout history of what it means to be a wive. funny, well acted and staged.

Don't see it if essentially separate stories woven together loosely. a bit disjointed.

See it if You like non-linear, impressionistic, gender-challenging theatre.

Don't see it if You need cogency or clarity.

See it if You like genre-bending, searing comedy that explores gender roles and self-conception across time, place, and culture. Witty writing.

Don't see it if Actors playing multiple characters in different scenes isn't your thing. Non-linear narratives with a clear normative thrust disturb you.

Also One of the most promising, interesting, and funny plays I've seen lately.

I was crazy enthusiastic about this show until the final scene, in which the everything sort of blows up and goes off the rails. *Conceptually* I enjoyed the ending (mild spoilers beyond) but I felt the witchcraft worked a lot better than the grandparents or the cosmic expansion of consciousness. It could work if it were shorter / more focused, but for me the stellar parts of the play were the first 3 scenes, especially the wives in in Idaho. I know I saw an early preview, so maybe the conclusion will improve, but for me it marred an otherwise excellent play.

See it if Funny skit of Ernest Hemingway's wives dissing the author and all he represents.But that's just 1/4 of the show.

Don't see it if You don't wanna to see a work very much "in progress". Three SNL skits leading to a very self-indulgent and puzzling finish.

Also Very disappointing start to the Playwrights Horizons season. This play needs work. There's cleverness and humor and a message of empowerment,
but it's mashed up with Colonialism, palace intrigues and new age channeling
of cosmic feminism. Unfocused , undercooked yet overdone. Liked the cast though, they gave it their all. 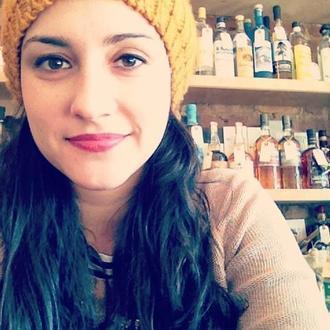 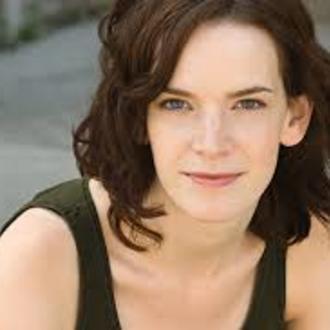