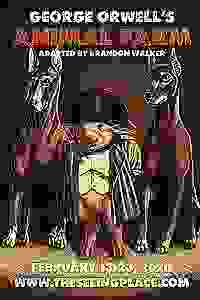 The Seeing Place presents a new adaptation of George Orwells novel, which tells the story of what happens when a group of farm animals drive out their master and take over. More…

Commemorating the 75th Anniversary of the book being written.

The animals on a farm drive out their master and take over and run the farm for themselves. The experiment is successful, except that someone has to take the deposed farmer's place. Leadership devolves upon the pigs, which are cleverer than the rest of the animals. Unfortunately, their character is not equal to their intelligence. This dramatization remains faithful to the book's plot and intent and retains both its affection for the animals and the incisiveness of its message. 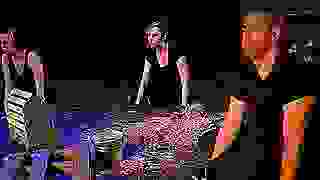 'Welcome to our meeting,' greet the actors to those entering the intimate Paradise Factory for The Seeing Place Theater's very engaging production of Brandon Walker's adaptation of George Orwell's allegorical classic, ANIMAL FARM. 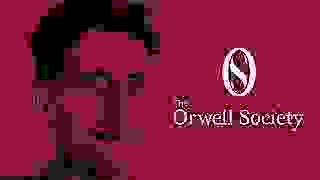 "Finding a performance of the equally relevant Animal Farm in the Big Apple, however, has been, well, rather like looking for a needle in a haystack. I was thus delighted to learn that The Seeing Place Theater, a small indie ensemble, would be performing their interpretation of Orwell’s classic at the Paradise Factory, an intimate theater located in the East Village, from February 13-23. And finding out that they would be debuting Brandon Walker’s original stage adaptation of Orwell’s novella at an affordable-for-all price was enough to make any Orwellite happy as a pig in mud...Don’t take my word for it, though – if you are in the New York area, experience it for yourself. But you had better hurry: there are only two days left to see this original interpretation of Orwell’s classic. So make the effort. It will be worth it. And you have heard that straight from the horse’s mouth." - Carol Biederstadt

Brandon Walker
Playwright
Get Alerts Alerts On Alerts Off 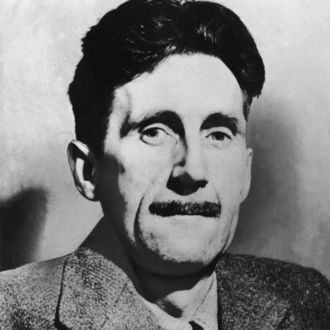