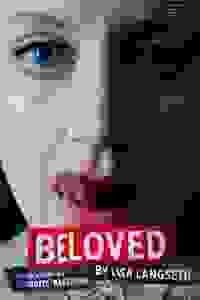 This darkly humorous and sexually graphic one-woman show asks: what are you willing to sacrifice to achieve fullness in life? Originally produced produced in Stockholm, the play was adapted into the film 'Pure.' More…

Katarina is a restless, beautiful young woman who is trapped in a mundane daily routine and a passionless relationship. She meets Adam, a celebrated conductor at a prestigious opera house and climbs the social ladder in search of an enlightened, heightened, and pure reality. 'Beloved' depicts the challenges of a modern woman in search of herself and the shifting power dynamic that exists between Katarina and a successful older man that she admires. Is this a passionate love affair or a brutal game of power, gender and class?

See it if If you like a deep show that lies even deeper beneath the surface. Good directing and acting as well as sound.

Don't see it if If you dont wsnt to think. This show will get past a passive viewer. Very thought provoking.

See it if you want a current take on love with many perspectives shared by an enthusiastic actress in a solo performance. Great classical music.

Don't see it if you want to hear every word spoken. I missed much from row H due to a soft voice and some background music.

See it if OK with fearless actress portraying woman on the edge & sliding to madness over an affair. Billed as dark comedy, but I found it just dark.

Also Despite my lowish score, I did stay absorbed with the story (until the end when it just gets sorta "Wait, whaaaat?") This play takes you to the limit of comfort and I found myself both liking and being annoyed with the actor. She's directed to have wild mood swings with her portrayal of a manic personality. and if watching her doesn't make you cranky, you might find her character fascinating.

There's a curious set, some weird staging and wardrobe, and the story takes a very odd turn at the end.

See it if If you want to see a one woman show about the other woman. This woman is angry, jilted and doesn’t stay at jobs or with relationships long!

Don't see it if You don’t like people who live in the moment without thinking of others. If you think extra marital affairs are trashy.

See it if you like to be challenged. This is a story about a young woman and the choices she makes -- most of which are not good.

Don't see it if you don't like solo performances. Or if you want clear, concise storytelling. This one is very messy with unexpected twists & turns.

See it if you enjoy strong acting (and a solid script). Dilorenzo holds your attention nonstop for 90 minutes - she's funny, quirky and a little scary

Don't see it if You're offended by swearing or descriptions of sexual acts - although both are just a small (but meaningful) part of the play.

See it if You like one woman show. Very smart, good acting, good story

See it if you enjoy well-acted and funny monologues. Very entertaining and different.

Don't see it if you are offended by sexually explicit scenes and profanity and prefer plays or musicals.

See it if you want a great one-woman show that has a direction and great acting and a story line that is thought-provoking and has a messaage.

Don't see it if crude language is not your thing.

Also Elinor DiLorenzo captivates from the first word. Well-acted and she makes the point of the writer clear. This play is not always easy to watch or hear but well done.... Read more Read less

Don't see it if Provocative situations offend you.

See it if You enjoy intellectual awakenings and one woman shows

Also I find it really odd that so many described this show as provocative, raunchy or sexually graphic when the character speaks frankly about sex a couple times and uses “bad words” maybe a dozen times. Women speaking about sex is not graphic, it’s truth. And while the show is definitely not for children, I highly doubt any of these descriptors would be used if a man were saying the same exact lines.... Read more Read less

See it if You like a solo artist on stage telling a story which became very graphic and edgy. You want to hear about her sex life, the ups and downs.

Don't see it if You are uncomfortable with the "F" word being used often while she is telling her story. You don't like a one woman show.

See it if you like one-woman shows. want to see a woman wrestling with the fallout from intense interpersonal drama.

Don't see it if contains a lot of obscenities and sexual frankness. not a linear narrative. doesn't wrap up everything in a neat package.

Also Ellinor DiLorenzo gives an absorbing, manic, nervy performance. When the show ended, I was shocked that more than 50 minutes had passed (75 had). Sometimes the character's emotions are expressed in a torrent of words, other times in an arch expression, still others in elaborate and convincing recreations of (or imagined interactions with) other unseen characters.... Read more Read less

See it if you enjoy one-woman plays, are ok with graphic sexual descriptions and a slow moving story

Don't see it if are offended by detailed descriptions of sexual acts & very explicit language, want a show with more depth & a more uplifting story

See it if You want a well written and acted story about a woman falling apart at the sseams..

Don't see it if You want something fluffy..

See it if you like 1 handers exploring coming of age not just sexually, but intellectually and philosophically with literary speech mixed w vulgarity

Don't see it if you don't like the f-bomb mingling with abstract ideas and rarefied references; formidable, nuanced acting but poor articulation a problem.

Also Very helpful if you feel that classical music and philosophical inquiry can be adjuncts to maturation process. Liked this production well enough, but could be better directed.... Read more Read less

See it if 80 min poignant portrait of a charming young woman trying to better herself. Gets involved with an older man. Infidelity ensues. No nudity,

See it if You would like to see a play about a young woman between two lovers from two different world, social class clashes, jealousy, murder, music

Don't see it if You are not a fan of one act/one woman Play about adultery, working class vs upper class, use of foul language, classic mistress story,

See it if you enjoy a solo show with frank explicit language that charts a young woman's "rite de passage" steered by a cultured, suave, married lover

Don't see it if the "F" word & sexual situations offend you; if you're prudish; if adultery is offensive to you; if you prefer a more family friendly show

Also "Beloved" is a Bildungsroman focused on the psychological, intellectual, and cultural growth of the protagonist.

When she's hired as a Receptionist for the local Music Hall, she comes under the spell of the married orchestra conductor, a cunning Svengali, who will lead her astray.

A somewhat slow beginning, harping on one note -- frustrated boredom -- but eventually the drama finds its own tempo and expands Caterina's emotional range.

See it if you want a good look into human nature and how we delude ourselves.

Don't see it if you don't want to watch a woman fall into delusion. .

See it if Beloved is an emotional rollercoaster, with a heroine who wants to transform her life through art and love, and a storyline with a tragic

Don't see it if You do not like one-person shows

See it if you want to see a well written one person show with a fairly novel perspective and decidedly adult themes.

Don't see it if You don;t like one person plays, excessively sexual (verbal) content, and little production design value.

Also Although I generally don't like one person shows, this was better than most. The actor handled the situation well. But I guess the scandanavian origins were of import to the story, and the actress pretty much ignored those.... Read more Read less

See it if you like plays regarding class differences. You like one woman solo show. Acting is good.

See it if You want to be totally entertained by a one woman great show and love sex, power and consiquences

Don't see it if You dont like powerful one woman shows

See it if You want to see a character working it out on stage philosophically and sexually, which means absorbingly. Elinor Dilorenzo is dynamic.

Don't see it if The show is wonderfully jarring but seems to need a little support from either the production or the script for it all to hang together. 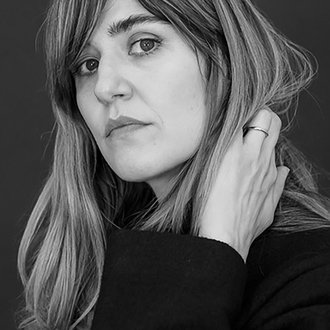 Lisa Langseth
Playwright
Get Alerts Alerts On Alerts Off 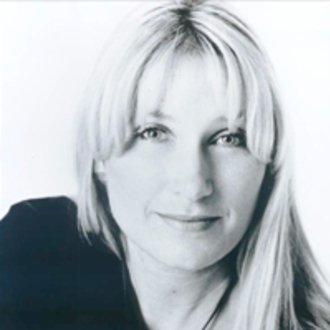 Kathy Curtiss
Director
Get Alerts Alerts On Alerts Off 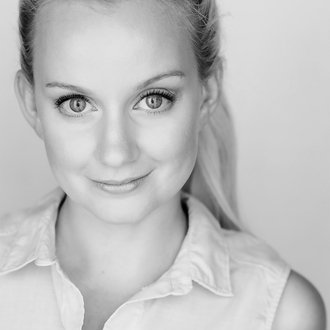