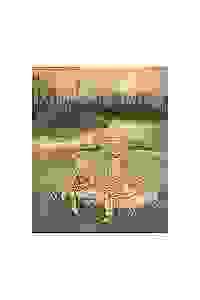 These dramatic adaptations come from one of our favorite playwrights, Miles Malleson, author of Mint productions, Conflict and Yours Unfaithfully, both New York Times Critic’s Picks.

Mint’s production will be the first-ever pairing of Malleson’s Russian gems, co-directed by Mint Artistic Director Jonathan Bank and his longtime collaborator, Jane Shaw. Jane has designed sound, and composed and arranged music for thirty Mint productions; she will be making her directorial debut at the Mint.

Don't see it if While capturing the tone of both authors fairly well (esp Tolstoy), Malleson is unable to translate this into an interesting dramatic format

See it if you’re a fan of Russian lit or interested in Chekhov’s pre-dramatic writing.

Don't see it if you’re in the mood for a great big dose of excitement. Read more

See it if The Mint is always a winner. Nice view of the two greatest Russian writers. The male lead replacement in (Henry Clarke) was very good.

Don't see it if The Mint has a history of great sets but something is missing here.

See it if you enjoy Mint discoveries, fan of Chekhov, Tolstoy & Russian drama, want to see unusual studies about love, enjoy a bill of 2 one-acts

See it if A landscape painter defends role in society before planting a kiss & a stranger w/ transformative powers answers 3 questions.Sung interlude.

See it if You want to see 2 plays adapted from Chekhov & Tolstoy short stories that show glimmers of larger, more well-known works. You want...

See it if 2 short plays based on short stories; somewhat in conversation with each other (read the playbill - Chekhov satirizing Tolstoy's approaches

Don't see it if expect much from Malleson ("Conflict") who adapted the stories, Bank who directs one, want excellent acting all around, want the Mint's* Read more

See it if You want to support The Mint which. usually does fine productions.

Don't see it if You want an interesting plot or you want good acting. Actors barely project. Two different short plays both of which should remain unknown.

"The best to be said for this uneven pair of one-acts is that they expand our knowledge of a distinctive playwright (better known as a character actor) whose output might be altogether forgotten if not for this intrepid theatre company."
Read more

"The production offers up more of an educational curiosity than a successful page-to-stage transfer."
Read more

2/5 Stars. "The premise is intriguing: so how to account for the strangely sleepy production that is 'Chekhov/Tolstoy Love Stories'?"
Read more

"As produced by the Mint Theater Company, 'Chekhov/Tolstoy: Love Stories' is pleasant enough. However, from these two master writers one expects something more filling rather than just a meal made up of hors d'oeuvres. The evening may leave you feeling hungry and unfulfilled rather than totally satisfied."
Read more

"By showing us the cheerfulness of the family's child-like elderly servant Aniuska (the legendary Vinie Burrows) or the blissful demeanor of a woman raising two adopted children (Liu, faring better in this small role), Tolstoy does his damnedest to remind us money isn't everything."
Read more

"A pair of one-act dramas based on short stories by the Russian literary giants. Audience members with passing familiarity with Anton Chekhov and Leo Tolstoy will surely not expect to see a rom-com double bill, and yet the plays reflect compassion and devotion to social and spiritual uplift.​"
Read more