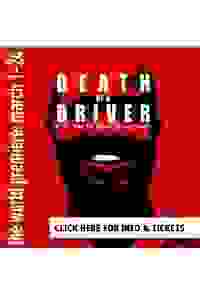 Death of a Driver

This world premiere from Urban Stages offers a bracing examination of "doing good" abroad, the limits of understanding another person, and what happens when personal and political obligations collide. More…

Sarah is an American engineer. Kennedy is an East African taxi driver. They strike up a friendship and embark on a journey to change rural Kenya. When circumstances in the region become tense, the integrity of their alliance is questioned.

See it if It showed how relationships can develop with people from different cultures.

Don't see it if Your looking for elaborate design sets

See it if you enjoy plays that deal with very real cultural and political issues.

Don't see it if you don't like plays that jump ahead years in time.

See it if You would like to experience something different...thought-provoking, yet funny at times

Don't see it if You are zenophobic

Don't see it if Minimal set (in fact none) and production centers on only characters. If entertainment is preferred, not a good choice.

See it if You enjoy intelligent, relevant plays with a small cast and minimalist set

Don't see it if You prefer large-scale productions

See it if You want a thought-provoking, multi-layered story that touches on gender, power, colonialism, patriarchy and some fantastic acting.

Don't see it if You prefer lighthearted stories.

See it if you aren't jaded by two-character plays. While this one does not reinvent the wheel by any means, it manages to be engaging.

Don't see it if you do not like political themed dramas done in a fairly barebones fashion,

Also While the play is a two-character piece, it's primary strength is in the character of Kennedy and the performance by Patrick Ssenjovu. The role of Sara did not have as interesting an arc, as the role was more typical, that of an American who aspires to make changes to a third world country/region, but soon realizes the challenges. While there is also some flabbiness to the writing, and passages that aren't particularly intriguing or illuminating, the piece as a whole sustains itself enough to warrant interest. Worth a look.... Read more Read less

Don't see it if Multiple years pass by in a short time, dislike missing out on small details,

Also Overall thought provoking and a interesting dynamic between the protagonists. Chemistry between actors was not as strong as preferred as it was not entirely convincing.... Read more Read less

See it if You’re interested in Africa and emerging countries such as Kenya. See it if you like intense performances supported by brilliant writing.

Don't see it if You’re looking for elaborate sets and multiple characters. This play doesn’t need them.

See it if You love funny and absorbing plays that tackle complex subjects we don't often think about.

Don't see it if You like stories that are black and white/have a clear moral compass.

See it if You like intelligent, challenging social commentary.

Don't see it if You're looking for something light.

See it if You can use your imagination to keep this one together. It’s a little too sparse with its staging to clearly convey exactly what’s going on.

Don't see it if If you can’t be satisfied with a good script and decent acting. Well done bare bones production.

See it if A two character story that deals with africa. If you a show that does not have a coherent plot.

Don't see it if Show is slow and accents are difficult to pick up at times.

See it if The acting and writing are good

Also I was really excited for this and was disappointed. Even though I like the acting and the writing I really struggled to stay awake. The story was not compelling to me at all. You were just waiting the whole time for something to go wrong with the two characters and then when it happened I was not surprised in anyway.... Read more Read less

See it if You enjoy plays with a lot of factual dialogue supporting a realistic situation. You enjoy off beat work that keeps you guessing.

Don't see it if You don’t like 2 handlers. You are looking for something light and frothy.You won’t be able to understand very heavy African dialect.

Also I enjoyed this play as I do most serious ones. It forced me to think about ideas and situations that are not usually in the forefront of my thoughts.... Read more Read less

See it if If you like politically centered plays.

Don't see it if You have a hard time with accents!

See it if Well-intentioned investment and development encounters cultural and political barriers that threaten lives and completion of the project.

Don't see it if You aren’t interested in work and friendship complications in a foreign country. African accent may be hard to understand.

See it if you're okay seeing a play with two characters, from different cultures, having a dialogue about an important topic with no real resolution

Don't see it if you want to see a play with a satisfying dramatic build up, impactful dialogue & conclusion

Also Instantly forgettable...and it shouldn't have been.

See it if You like intimate theater with great acting ,no sets , 2 actors and a lot of interesting content exploring cross cultural complications

Don't see it if You want an easy happy story and a big production.

Don't see it if you don't like two-handers; object to bare-bones staging; no interest in issues regarding socio-economic/development work in foreign country

Also I was fully absorbed watching this play. The script and acting seemed very authentic. The playbill had an interesting note from both the playwright, Will Snider, and the Artistic Director, Frances Hill.

Several things are unresolved in the end but that is true to life.

I saw this on opening night so if there are any tweaks made to improve this, you are in for a treat. One thing I hope they resolve is that it felt uneven to have some of the audience clap in-between acts which was a very short space of time. It felt lopsided as some audience members clapped but I think most did not - yet they got a great round of applause at the very end. I think it would be best to wait until the end to clap.

Alyssa 8198
Brooklyn
Female
189 reviews
Get Alerts Alerts On Alerts Off
During previews
75
All cultures are not the same
March 3rd, 2019

See it if you'd like the expert acting of Ugandan Patrick J. Ssenjovu and Harvard grad Sarah Baskin on tribal and cultural conflicts in rural Kenya.

Don't see it if you don't like small productions, two-man plays with three characters or if you don't want to think much about actions and consequences.

Also Author Will Snider was inspired by Ugandan Mahmood Mamdani, whom he describes as "an anthropologist critical of foreign aid."

(Alas Mamdani opposes many other things too, including free speech at all critical of Islam and the right of Jewish people to self determination. Inspiring or not, he's much less an anthropologist than a political activist.)

Snider says the play is "the dramatization of my own cognitive dissonance around early professional life." He has thus created one dramatic representation of cultural conflict.

In his program notes, Will Snider does ask a good question. "How do we ethically go about transnational work, is there a way?"

What some regard as cold-blooded murder others consider merely a "necessary evil," or worse.

Don't see it if You want big staging

Also I saw this on second night of previews. It was already great but could use some small improvements.

The writing is fantastic no edits needed. The play has a strong message that tracks to a heartfelt & powerful note from the playwright (read it after the performance)

Patrick Ssenjovu gives a spectacular performance. Nuanced body language, facial expressions & voice fluctuations allows him to age & become a second character in front of us with minimal assistance from costume.
Sarah Baskin's character is fairly repressed & she does a good job of showing us how the character holds back but I wish that she was a bit more raw & vunerable at times - perhaps that's the direction. Hard to say.

Very worth while - get to this one

Don't see it if If you’re impatient and need something that’s entirely fair is moving. If you are unhappy with simple staging or uncomfortable with accents

See it if you are interested in how 2 characters interact between their very different cultures in a developing country.

Don't see it if you don't like minimal productions or 2-character plays.

Also A wonderful story of an American woman coming to Kenya to build roads and her relationship with the Kenyal driver she hires. Also interesting is the idea of whether or not one must involve the corrupt government of the country. It is thought-provoking.... Read more Read less 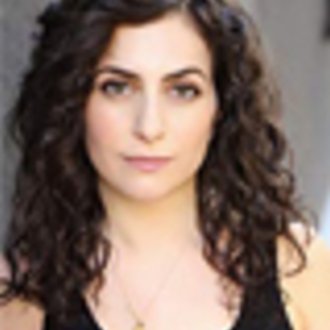 Sarah Baskin
Sarah
Get Alerts Alerts On Alerts Off 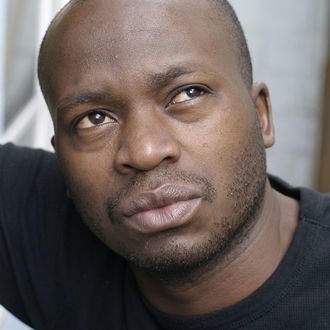 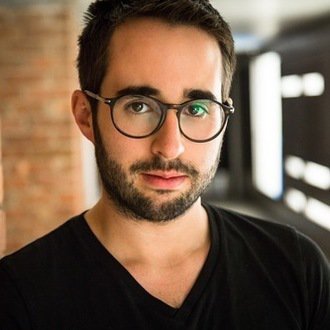 Frank Oliva
Set Designer
Get Alerts Alerts On Alerts Off 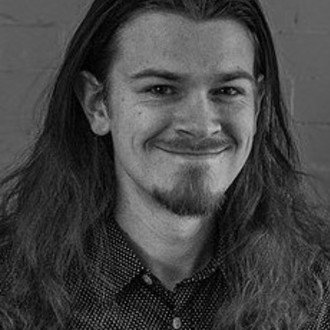 John Salutz
Lighting Designer
Get Alerts Alerts On Alerts Off