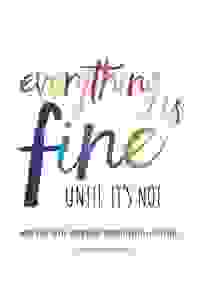 Part of FringeNYC: A producer’s life goes off-script after one son is diagnosed with autism, another yearns to be a princess, and her hair catches fire! Doreen's funny, heartfelt story about accepting those you love, even when they’re not what you expected. More…

"A fresh and eye-opening look at what it’s like to raise an autistic child…Oliver has keen insights into the ever-opinionated world around her, and paints a painful yet beautiful picture of the challenges that she and her son face daily...She radiates bravery and compassion, both as a performer a...
read more
Get Alerts Alerts On Alerts Off
"Oliver is an energetic and captivating performer who truly puts her heart into her performance, showing skill in both her movement and her delivery. Her vivaciousness is contagious, and one cannot help but root for her and her story of determination....While one might expect a story about mother...
read more
Get Alerts Alerts On Alerts Off