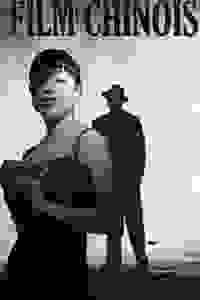 Randolph, an American operative, has been sent to the imperial city on a secret mission. He makes progress until he meets a Chinese woman named Chinadoll, his would-be adversary and lover. As Randolph plunges deeper and deeper into the heart of darkness that was once the most beautiful city in the world, he finds his life imperiled, even as he begins to unravel the mystery of a piece of old home-made film, and a beautiful woman who seemed to have vanished into thin air.

"There is roiling tumult amid the shadows in Damon Chua’s uneven but beautifully staged “Film Chinois”...Mr. Chua’s story has its moments, but the script dips in stretches."
Read more

"It's challenging to bring the stylings of a film-based genre to the stage. Film Chinois at times does come close to re-creating the gritty world of noir, but fans of The Big Sleep might have to stifle a yawn now and then."
Read more

"A sublime evocation of the film noir genre...Film Chinois does such a great job of paying homage to film noir that you might think that you’re at the movies instead of at the theatre."
Read more

"The presentational moments are unexpected, but they keep the intrigue and the drama fresh...The production, as a whole, lacks the humor sometimes found in Film Noir, but it’s still a great watch."
Read more

"It is hard to pull off a film noir these days that isn’t a parody. Pan Asian Repertory deserves credit for a serious attempt, which works best visually. But when near the end, Chinadoll says, “Follow me; everything will be clear,” trust me, it isn’t. The playwright hasn’t set up the resolution solidly enough for it to feel like a sufficient pay-off for our many moments in the dark."
Read more

"A shadowy world of intrigue, sex, money, bloodshed, torture, politics, and secrets. Sounds promising. But, with uninspired direction, uninspired casting, and an uninspired script that’s both obtuse and lacking in dramatic torque, the 105-minute production creeps when it needs to race. The tension sags—even during a Mexican standoff—and when the big reveal arrives you couldn’t care less."
Read more

"If you like the Film Noir genre, you can now have it with a twist...go see the show. The writing is complemented very nicely by the directing. As an indictment of American cowboys and supercilious Belgians (the “good guys”), the play nicely subverts the genre."
Read more

"The play has many of the elements of the genre – shadowy scenes, silhouetted figures, a black-and-white-ish visual style, and of course, femmes fatales--but how well does this translate to the stage?"
Read more