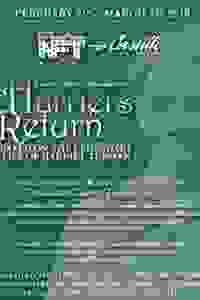 The production takes audiences on a deeply personal, high energy journey into the private and public life of this famed Underground Railroad conductor, spiritual icon, revolutionary, and entrepreneur, whose life spanned nine decades and still influences the consciousness of people throughout the world.

See it if you want an engrossing, entertaining, enlightening evening. Impressive script, performance, staging. Touching and inspiring. An Amer hero

Don't see it if you have trouble w/accents; some words get lost. Act I sh be trimmed. Opening segment is weak. But great story/acting! Impressive, moving.

Wish I Could See Them All
Syosset
50-64 | Male
671 reviews
Get Alerts Alerts On Alerts Off
90
Epic, Relevant, Absorbing, Masterful, Educational
February 25th, 2018

See it if Solo actress portrays Tubman's life from girl to woman to old lady. Transported me into civil war times. Outstanding use of language.

Don't see it if You don't want the perspective of a southern black girl in the mid-19th century. Her accent is sometimes difficult to follow.

See it if you wish to see a masterful performance about an important woman. The actress transforms herself into another person right in front of you.

Don't see it if you enjoy comedy or do not want discussion of slavery.

Also The dialogue is intense, the performance riveting. The actress transforms herself from the present time to Harriet Tubman's time and then from a young Harriet to an elderly Harriet in the course of two powerful hours.... Read more Read less

See it if You want to see a beautifully written and performed piece of theatre that's well-staged, funny and touching. WORTHY!

Don't see it if Not interested in American history as seen through the eyes of one of its true heroes. Don't like solo shows or strong accents/dialects.

Also Saw this on the main stage at Castillo Theater. This is quite a masterful performance by Karen Jones Meadows.... Read more Read less

See it if You are interested in the title character and a closer look at the underground railroad. Race as filtered through many different lenses.

Don't see it if You are not interested in one woman shows. are sensitive about the depiction of race, of slavery or the use of the venacular.

See it if You want to see a textbook figure come to life.

Don't see it if You want something light or don’t like one-actor shows.

Also Immersive and vivid, difficult and inspiring, educational and touching. The ending breaks the fourth wall in an affecting and effective way.... Read more Read less

See it if you want to see an amazing solo performance about a woman who holds a very important, memorable place in our country's history

Don't see it if you are not into solo performances

See it if If you want to see a one woman show about a woman who morphs into Harriet Tubman. A show about racism and tolerance.

Don't see it if You need a cast of people or show tunes to get a feel good story.

See it if You want a powerful solo performance of an amazing life of an smazing woman. If you enjoy historical plays.

See it if if you favor historical plays. This one is inspiring, emotional, and powerfully written and performed by Karen Jones Meadows.

Don't see it if prefer musicals; action, or light entertainment; no interest in black history.

Also The story unfolded so well. I am so glad this story is being told on stage. It is inspiring to hear how brave one person was and how much one person can achieve if they listen to their heart and set out to get something done. I felt humbled by her courage and her actions.

The script was great, as was the telling of it.

I saw this at the Castillo Theater in Feb 2018.

See it if You want to see a historical play abt Harriet Tubman.Karen Jones Meadows brings you on an incredicle journey as Harriet-she was OUTSTANDING.

Don't see it if If you dont like one woman shows, even still the actress was so good, see it anyway.

Don't see it if Act 1 should be trimmed. Sound effects need improvement.

See it if IF YOU LIKE A HISTORICAL PERSPECTIVE ON AN AFRICAN AMERICAN HEROINE.SHE WAS PORTRAYED THRU DIFFERENT PERIODS OF HER LIFE.EACH ONE MORE GRAND

Don't see it if IF YOU DON'T LIKE TOUR DE FORCE TYPE PERFORMANCES BY AN AFRICAN AMERICAN WOMAN.IF YOU DON'T WANT TO KNOW ABOUT AMERICAN HISTORY.DON'T GO.

See it if you want to be drawn in by a stellar and multifaceted performance with a truly moving ending.

Don't see it if you have a hard time sitting through a one woman historical drama in two acts - it is well done but not an easy journey.

See it if you want to see a well-written, well-acted solo show as it traces one woman's journey through slavery, freedom, and then freeing 300 others.

Don't see it if you're not into history, solo shows, or the subject matter of slavery and man's inhumanity towards man.

Also This play, written and acted by Karen Jones Meadow, is an extraordinary journey into the life of a woman (Harriet Tubman) who lived through slavery, the underground railroad escape to freedom, and the abolitionist movement whereby she risked everything by returning 13 times to lead 300 others to freedom. It is an intense, thought-provoking play as one relives history from the perspective of one of the giants of history.

Karen's solo performance is riveting as one can feel the emotion and visualize the other characters portrayed by her in this intense drama. Lighter moments are skillfully woven into the whole story to avoid the tragedy of slavery becoming overwhelming.

Although there is an appropriate 10 minute intermission, the first act of the play seemed a little long and could be trimmed a bit. However, for a one-woman show, it's amazing how Karen commands attention throughout the play and brought the character of Harriet Tubman alive for me and the standing-ovation audience.

See it if want to learn about Harriet Tubman

Don't see it if you aren't interested in her

See it if you wish to learn more about Harriet Tubman, and her heroic efforts to bring her people to freedom. Great acting by Karen Jones Meadows!

Don't see it if you need a big cast, huge sets; prefer musicals. Though one should see it for it's historical content.

See it if Want to learn the history of a one woman flight to save her people.

Don't see it if Dont like a one woman show, without music.

Also It was fantastic and riviting, had you spell bound during the entire play. Would definitely recommend this play to others.... Read more Read less

See it if you want to be riveted by great acting and writing while learning about an inspiring person.

Don't see it if you have a heart of stone

See it if One-woman show about Harriet Tubman, well-written and acted; important, inspiring, story about determination and action.

Don't see it if you don't like one-person shows or American history.

See it if you are interested in her life from a young girl born into slavery to her harrowing escape to freedom and triumph over it. Poignant & funny

Don't see it if you don't like a one-woman show or have difficulty understanding the southern dialect of the uneducated negro born into slavery in that era.

Don't see it if you don't have interest in history

See it if You are interested in learning about Harriet Tubman at different stages of her life.Interesing ,but a bit drawn out.

Don't see it if You don't like non musical solo performances

See it if You enjoy black history and one person shows

Don't see it if You don’t enjoy one person shows or black history.

"Ms. Meadows sounds and looks like she really is a person in the 1840's. This vocal expertise combined with Meadows' altering of her physiognomy, beaming eyes and her charisma, achieves a performance of tremendous range and depth...Each characterization is rendered with precision and variance. Th...
read more
Get Alerts Alerts On Alerts Off
"Playing Harriet Tubman from age six to ninety (and other characters), Meadows' performance surges with power, catching the passionate, fighting spirit of Harriet herself. It's a power that transcends time and place and finally passes from Harriet to the audience...Astutely written as well as per...
read more
Get Alerts Alerts On Alerts Off
Berkshire Fine Arts
"Meadows' tale is set at a time fear sat on everyone’s elbow, but as Meadows re-creates Tubman, we see not only triumph over fear, but we come to ignore it as she does...Clinton Turner Davis directs to highlight obstacles overcome. The play itself has a forward thrust, as Tubman is energized by h...
read more
Get Alerts Alerts On Alerts Off
New York Theatre Wire
"Meadows has created a much fuller and more fitting portrait of Tubman than a $20 bill could ever present...Meadows performs with untiring energy...The performance brings to life the way stations of this woman with insight into the many painful conundrums...Performs an actor's tour de force as sh...
read more
Get Alerts Alerts On Alerts Off

New Federal Theatre
Producer
Get Alerts Alerts On Alerts Off 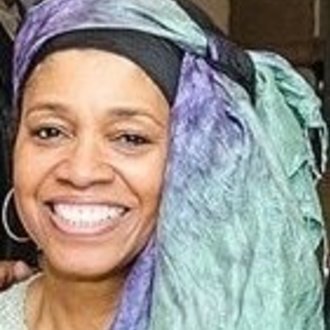 Karen Jones Meadows
Playwright
Get Alerts Alerts On Alerts Off 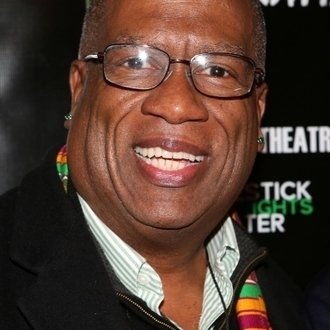 Clinton Turner Davis
Director
Get Alerts Alerts On Alerts Off