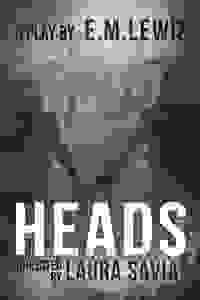 CCT Inc. presents the story of a British Embassy worker, an American engineer, a journalist and a photographer held captive in Iraq.

In a prison somewhere in Iraq, two American journalists have been taken hostage by insurgent forces and share a single cell. Nearby, an engineer who has been imprisoned for six months is joined by his new cellmate, a cynical British diplomat. Alternating between scenes from the two cells, 'Heads' charts the ways in which forced intimacy breeds antagonism. As death draws close, each hostage must decide what he will do to survive.

"'Heads' still resonates as a play that appears to be ripped from the headlines...Political and shock value statements of a hostage situation would have been the easy route for playwright E. M. Lewis. Those dramas unfold on the 24–hour news cycle. Instead, Lewis tells a human story of anger, fear, friendship and mental collapse."
Read more