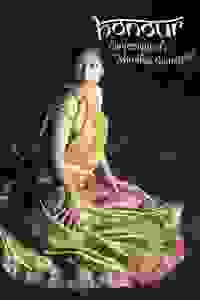 HONOUR: Confessions of a Mumbai Courtesan

With original music, colors of India, and a story that is sure to remind you of Bollywood, Dipti Mehta's solo-show centers around a mother-daughter duo in the red light districts of Mumbai. More…

"Honour" offers an experience of India and its magnanimous culture and breaks stereotypes about people living in the brothels by bringing forth their humanity.

Don't see it if Discussion of child prostitution offends or upsets you. You dislike solo shows (even though 1 actress portrayed 5 characters well)

Also This actress was amazing in that she portrayed 5 characters well, gestures and everything, with no transitioning time between them. She was also a pretty good Indian dancer. Although the political message of female exploitation hits you over the head repeatedly that is the life of the main character. The characters were also multi dimensional; except the minor characters of the priest and the customer. Although this play could easily have turned into melodrama it did not; there were no real heroes and villains among the main characters. I would like to see a sequal to this and certainly more from the same playwright.... Read more Read less

12 reviews
Get Alerts Alerts On Alerts Off
82
Thought-provoking, Funny, Entertaining
May 5th, 2019

See it if you're interested in women's issues, Indian culture, and complexities in other culture's society's.

Don't see it if If you get uncomfortable or closed minded about the culture of prostitution.

See it if You will be astounded by the end of it that this is was a one woman show. Dipti Mehta is captivating and you don't want to miss this!

See it if appreciate independent art, have an open mind to learn about the underworld portrayed with humor and excellent acting

See it if You like good acting, good writing, and fantastic stories.

Don't see it if You're triggered by sex work.

Don't see it if you find it difficult when a few words other than English are sprinkled throughout a play.

See it if The show paints a very clear picture of the hardships that exists inside a brothel.

See it if UPDATED: you want to see the attack on Hindi social and cultural beliefs perpetuating the sex trafficking industry as a cultural phenomenon

Don't see it if multiple languages in a show disturb you

Also The new version of the show seems to be Ms. Mehti's reaction to the reports of violent sexual attacks on women in India and the Hindi beliefs that support them.

It is a dangerous call for justice and social equality in India and changes in Hindi beliefs. Very different than the 2016 version.

See it if you want to see a talented young Indian actress, dancer, singer present the issues of the sex trade in India in an intelligent G rated way.

Don't see it if you go to the theater to be entertained and not to think.

See it if You are interested in the culture surrounding prostitution in India. You enjoy Bollywood You like shouting, clapping or singing along

Don't see it if You have difficulty with thick accents. Stories about violence or sexual violence upset you

Don't see it if you want a full colorful Bollywood experience. The set is sparse probably because of the limitations of being in fringeNYC

See it if Are open to Mehta's strongest quality to indulge you in the rawness of india, your emotions, humour and empathy. Then flip it and prod you

18 reviews
Get Alerts Alerts On Alerts Off
For a previous production
90
Absorbing, Delightful, Great acting, Must see, Thought-provoking
October 24th, 2016

5 reviews
Get Alerts Alerts On Alerts Off
For a previous production
100
Profound, Masterful, Beautiful
August 26th, 2016

See it if you love Indian dance and costume , actress playing many characters, human struggle in child prostitution

Don't see it if you bothered by Indian accented English

4 reviews
Get Alerts Alerts On Alerts Off
For a previous production
81
Original, Thought-provoking, Relevant
August 18th, 2016

See it if You want to watch a beautiful play full of humor, great dancing, wonderful acting and the everyday tragedies of Mumbai brothels.

Don't see it if You have trouble understanding fast speech with thick accents, or feel uncomfortable with themes of sex and abuse.

See it if you are interested in new perspectives, relationships, and red light districts.

Don't see it if you are sensitive to cursing and talking about sex and prostitution.

See it if you are into great, dynamic, character work and a poignant story handled with incredible finesse.

Don't see it if you are offended by strong language and sexual themes.

See it if If you are South East Asian or enjoy Indian culture, Bollywood and edgy stories

See it if You like unique voices and story telling that incorporates Asian Indian song, dance and myth.

Don't see it if You are disinterested in a dynamic challenging piece that donates its proceeds to help children escape the sex trade.

1 reviews
Get Alerts Alerts On Alerts Off
For a previous production
99
Entertaining, Great acting, Hilarious, Intelligent, Must see
August 28th, 2016

See it if You love well told, must be told, women's plights. The performance was amazing. A one woman show. She was fantastic.

Don't see it if You have no compassion and can't laugh.

Don't see it if You don't care to learn about culture, hardship and survival.

See it if You love one-person shows, beautiful costumes and dancing, great female performances, or if you're interested in the subject matter

Don't see it if You don't like one-person shows where they switch characters each line.

See it if If you want to see the world outside of our comfort zone. And enjoy other cultures

See it if If you are looking for a show spanning a spectrum of emotions-you laugh, cry, cringe, think, feel with the characters!

Don't see it if If you mind profanity, use of colloquial language and or bollywood music