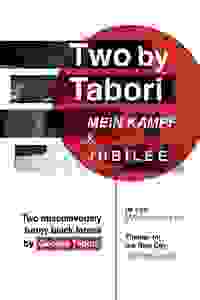 Theater for the New City presents this bleak satire from Hungarian émigré George Tabori about a young neo-Nazi's encounter in a graveyard. More…

In the rarely seen 'Jubilee.' a neo–Nazi youth hellbent on defacing Jewish headstones is visited by a Jewish family and a gay couple, who find deliciously sinister ways to goad the miscreant to move on. 'Jubilee' is part of 'Two by Tabori' and is running in repertory with 'Mein Kampf.'

SEE ALL REVIEWS
Sort by:
A
Alice 6297
New York City

See it if U really like Tabori's work & curious about the English version but be ready to suffer through a bad play that is misrepresented as satire.

Don't see it if U want an intelligently presented play that is focused & clear. U get annoyed with 2nd rate German translation that missed all the satire!

Also This Tabori work have sincere intentions of denouncing Nazis & the Holocaust with farcical satire in the original German text but it completely lost its mark in this poor American text translation & further declined into slow boring confusion as a badly staged & directed play.

First, not all the audience realized that the main characters except the Neo-Nazi punk are all ghosts in the present (1980's) telling their memories (such as strong intolerance of gays) & Jewish related negative experiences. The fact that the Holocaust seemed so recent to them with background audio of Third Reich ravings & war crime trials are too outdated for 2017.

The constant telling of dark Holocaust atrocities & meaness inflicted by Neo-Nazi youth by these characters even when narrated by the sweet disabled female lead Mitzi did not succeed in its intentions to move. It depressed the hell out of viewers! No humor/farce/satire anywhere. Only the characters & their lines are all over the place. Excruciating!

“An absurdist play, a so-called black comedy, wryly witty and slyly droll…'Jubilee' is more often than not a pastiche...'Jubilee' is a complex work and often a talky one. It’s the kind of play that demands much from its ensemble of actors. While this cast attacked the piece with competence, the h...
read more
Get Alerts Alerts On Alerts Off
Applause! Applause!
"Can decomposing dead Jews find peace in a Jewish cemetery 50 years after Hitler was appointed Chancellor of Germany? Jubilee! Perhaps they are doomed to remember what they'd rather forget. The play is worth seeing if, for nothing else, than to see the scene of a woman drowning in a telephone boo...
read more
Get Alerts Alerts On Alerts Off
"For a play that markets as satire, 'Jubilee' sheds remarkably little new light on the subject matter...Due to either some kind of translation convention, or datedness in the writing, many of the jokes don't land. The result is a black comedy in which the comedy is sorely lacking...Everything it ...
read more
Get Alerts Alerts On Alerts Off
Applause! Applause!
"This play is a scathing rebuke of any sympathy for the type of behavior that led to the deaths of so many in Nazi Germany. 'Jubilee' revolves around Juergen's visits to a Jewish graveyard where the victims of his hate lie buried. As discrimination grows, do we just stand by until an outright act...
read more
Get Alerts Alerts On Alerts Off 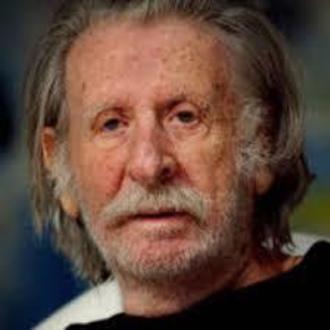