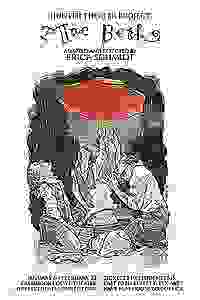 Seven girls hurl headlong into the unchecked passions of "Macbeth" as the line between real life and bloody fantasy quickly blurs. An encore staging of Red Bull's new adaptation of Shakespeare's tragedy. More…

On an autumn afternoon, in an empty lot outside the city, seven girls meet up to do a play. School uniform tartan transforms in this American urban wasteland. The girls are witches, ghosts, and kings. Through prophecies and smartphones, unexpected resonances emerge from Shakespeare’s dark nightmare of ambition gone awry. These young women discover what's done cannot be undone.

See it if intriguing mash up of "Lord of the Flies" & the Scottish play shows how violence once unleashed can consume everything; shattering ending

Don't see it if energetic not great version of play; transition from childhood games to murderous actions much too abrupt

See it if interesting Macbeth, an interpretation I'm sure you've never seen before. Cool effects.

Don't see it if If you want a traditional production of Macbeth. Or if you want to be able to follow what is happening if you don't recall the exact details

Also Not that enjoyable, confusing, lots of wild running around and screaming. But interesting take on it.
I kept feeling like the girls from The Wolves had been asked to put on Macbeth after their soccer practice.
... Read more Read less

See it if energetic; young actors pour themselves into their roles with both frolic & fortitude; interesting interpretation with plenty of humor

Don't see it if gets a little too gimmicky; back & forth between hi jinx and violence; could be confusing if not familiar w/the play - read the cliff notes

See it if You’re open to alternative interpretations of the Scottish play and would get a kick out of women playing all the parts.

Don't see it if You want the whole thing unadulterated.

See it if You are already familiar with the source material and want to see a well-directed and unique adaptation.

Don't see it if You dislike heavily abridged Shakespeare. Are not a fan of modern adaptations of The Bard's work.

Mac Beth does just this very thing. In fact it cuts short much more than just any intermission. It trims the source material down to a manic eighty-five minutes.

The play features some truly wonderful performances, though due to the much streamlined structure of the play, both Macbeth and Lady Macbeth reach their frenzies quite early on. In fact, this frenetic pacing continues until Lady Macbeth's sleepwalking scene quite a ways into the play.

I absolutely loved the aesthetic of the play. The set, sound, lighting, and costume design are very effective.

Where I felt the play is less effective is in its frame narrative. If there were just a little more context as to why the gruesome event at the end of the play takes place, it would land more effectively. It also lives so precariously between comedy and horror even in the last scene, when it could have been more effective to let the end be truly chilling.

See it if you want to see a classic Shakespearean text interpreted in an uber-modern, uber-creepy, and uber-unique light.

Don't see it if You're expecting a classic retelling of Macbeth.

See it if are interested in seeing Shakespeare in a slightly different form and, in the end, possibly even more frightening

Don't see it if you don't think MacBeth should be performed by a group of schoolgirls in the woods, no matter how talented they are

See it if You want an original take on Macbeth that plays deeply into the play's occult nature in a way you perhaps didn't expect!

Don't see it if You want traditional Shakespeare - this is very breathless and 90 min, no intermission

Also MAC BETH isn't perfect but it's pretty damn fantastic. It draws on our modern obsession with power, blood, the occult, and more blood to fashion a refreshing, weird, brutal take on the Bard's most haunted work.... Read more Read less

Don't see it if you cannot stomach (literally and figuratively) graphic violence.

See it if You enjoy a classic

Don't see it if Shakespearean tales bore you

See it if you love contemporary, reimagined adaptations of classic literature. It is cut down while still retaining the fundamental parts of the play.

Don't see it if you're sensitive to gore, prefer traditional adaptations of Shakespeare, or can't understand Shakespearean language.

See it if You’ve never seen Macbeth like this. Innovative approach to the play and wonderfully choreographed movement. All-female cast.

Don't see it if I’m not sure why anyone wouldn’t at least find this production interesting unless they want a traditional approach to Shakespeare.

See it if you like clever reimaginings of Shakespeare.

Don't see it if you want a straight up version of the play, can't tolerate gore that is both funny and frightening

Also This play worked both on its Shakespeare level (I thought for instance the out, out scent with Lady Macbeth was one of the most moving I've ever seen) and on its school-girls in the woods level, very well. he staging was inventive but not distracting. Highly recommend. And it's all the drama of the play in just 90 minutes!... Read more Read less

See it if you love fresh takes

Don't see it if you love staley stale stale

See it if You like reimaginings of Shakespeare. You like shows that feature young talent. You want a shorter show- Mac Beth runs 90 minutes.

Don't see it if You don’t want to see Shakespeare adapted or reimagined. A show about teenage girls is off-putting to you. There is some graphic violence.

See it if you're a Shakespeare fan, but you're not afraid to see a classic get a bit roughed up. You want to be genuinely horrified for a spell.

Don't see it if you're faint of heart. Or you're hard of hearing. Audio is sometimes uneven in the space, especially once some stage effects get going.

See it if You like quirky inventive theatre. This is a great example of why Off-Broadway continues to move theatre into exciting places. Very original

Don't see it if If you don’t like classics such as Macbeth being placed in a blender and ground to a pulp.

See it if You like modern takes on Shakespeare, girl power, and great design elements.

Don't see it if You're squeamish or a purist when it comes to Shakespeare.

See it if you like seeing edgy twists on Shakespeare!

Don't see it if you're easily frightened or have a weak stomach.

Also Erica Schmidt is a freaking genius! This production is funny and gross and earnest and so incredibly unique. It's the most fun I've ever had watching Macbeth. Go see this show!... Read more Read less

See it if You like theatre. There’s not a single word or action that isn’t said or done with great purpose.

Don't see it if It’s a bit gory. The rain scene goes on for a bit too long.

See it if if you like Macbeth, and enjoy seeing interesting adaptations of Shakespeare.

Don't see it if If you don't like productions taking liberties with the text, or are uncomfortable with violence and gore.

Don't see it if you don't know the play (confusing) or you're a traditionalist. Too much noise: rain, shouting, banging. Some seats have tough sightlines.

Don't see it if you prefer substance to style; you're a Shakespeare purist; you aren't already familiar w/the plot & characters of Macbeth.

Also While there's much to admire about this ambitious all-female adaptation, the emphasis on mood and effects detracts from the substance of the play and muddies whatever message Schmidt was trying to get across. And the extensive edits to the text, along with the double-casting of many roles, made this a very confusing production, at times.... Read more Read less

See it if Stripped to it's violent, power driven essence, this gender inverted take on Shakespeare's classic is equally fascinating & banal Well acted

Don't see it if Extremely violent, often funny - it's a mash-up of Mean Girls meets The Crucible Biggest problem - academic quality to the interpretation

See it if you like high concept Shakespearean productions that actually make you rethink the text.

Don't see it if you don't like your Shakespeare tinkered with: Here, a single directorial choice transfigures the landscape.

Also Often high concept Shakespeare productions—an Industrial Revolution Hamlet, say—go no deeper than set & costume. Not the current Red Bull “Mac Beth.” Choosing to have the text enacted by a group of parochial schoolgirls changes everything utterly. This concept is no cerebral endistancing from the play’s stew of unpleasantness but a full, regressive, feral immersion into the cauldron—& an unexpected turn near the end makes the bloody mess even bloodier, & now it’s totally serious. The witches, embodying all the roles except the core 4, are asked to play a fearsome range of emotions & types over a swift 90 minutes & succeed with giddy abandon. By the time Lady Macbeth sleepwalks, she’s so convincingly rent by guilt that I feared for the actor (Ismenia Mendes). The production makes interesting comments on gender & the loss of innocence (as anticipated), but it also finds a harrowing way to grapple with unleashed evil right before our eyes.... Read more Read less 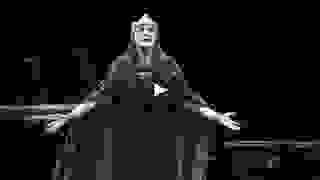 MAC BETH by William Shakespeare | Adapted and Directed by Erica Schmidt On an autumn afternoon, in an empty lot outside the city, seven girls meet up to do a play.…

Red Bull Theater
Producer
Get Alerts Alerts On Alerts Off 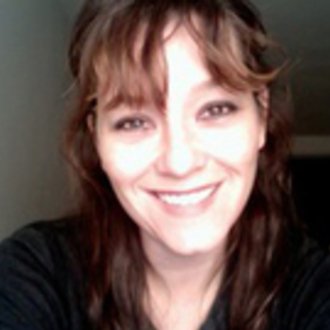 Erica Schmidt
Writer / Director
Get Alerts Alerts On Alerts Off