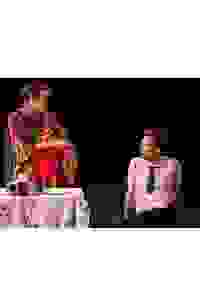 Set in a foreseeable dystopian future, this play centers around three British expats sheltering from nearby bomb blasts in a bleak room. Part of the 2018 Dream Up Festival. More…

See it if you’re interested in innovative scripts that eschew the tried & true, even while evoking the long tradition of experiment in the theater.

Don't see it if you have no patience with fragmented scenes, lots of them, that leave you with fewer answers than you have questions.

Also I found “Occasionally Nothing” witty, well written, well-played & (occasionally) a little chilling. It takes place among 3 ex-pat Brits now in the US, bunkered down during some kind of war. We hear the bombs, but for some of the play it is debatable whether there are any “others” out there. References abound to that granddaddy of modernist dystopian theater, Beckett’s “Endgame,” both in plot details (running out of pills) and explicit mention. The time? Post-Trumpian, but the pop cultural references tell us it can’t be too distant from our time. I am not sure why the denizens of this bunker are former Brits. It lends a Stoppardian echo to the circular philosophical arguments that occasionally break out. But I found myself luxuriating in the language, the situation, the occasionally languid pace & 3 assured performances that embodied perfectly 3 refreshingly quirky characters, accents & all.... Read more Read less

See it if you want to immerse yourself in the lives of three people coping with a difficult situation with smart language and excellent performances.

Don't see it if you are not willing to listen carefully (lots of repetition here,) think about the situation and understand what people do to survive.

See it if You like untraditional plays, very well written dark plays that are thought provoking, alot of word playing (could not stop repeating lines)

Don't see it if You like classic plays, scared of sounds of bombing, not a fan of dark comedy, or clever word playing. The show is well written.

See it if You will enjoy the slow development of a story, as it was needed. Some simple lines can really impact, maybe nothing is never something ...

Don't see it if You just want to be entertained and laugh your heart out...

See it if you like a combination of theater of the absurd and post-apocalyptic social commentary. Good acting and an interesting premise.

Don't see it if you prefer a more traditional type of play. This play is creative, silly at times yet serious and a bit disjointed.

See it if you enjoy entertaining, play on words dialogue.

Don't see it if you are impatient. There are several quiet moments with little to no conversation.

Also The actors were really great. It will leave you very appreciative of the life that you currently have, no matter what it is.... Read more Read less

Don't see it if you don't like dark humor or apocalyptic worlds; don't like slower moving shows and don't appreciate the use of silence in a play

See it if You want to see a amazingly well written play that has great acting and directing. Thought provoking with great insight.

Don't see it if you don't like dark comedy.

See it if you love plays that are intelligent and prompt you to think about relationships, politics, memory, semantics, and life itself.

Don't see it if you prefer musicals or light entertainment.

Also This is a play that will endure in mind and leave you pondering life long after it's over, which is the ultimate goal of great theater. Natalie Menna has a prodigious talent for mining the human condition and translating what she finds into artful language and memorable, intriguing situations. With very few props and a stark backdrop, the audience was transported into an entirely new realm through the power of language and excellent, full-on acting. I would see it again and again...... Read more Read less

See it if If you like masterful playwriting in the form of Beckett and Ionesco, this is for you. Natalie Menna makes you laugh and makes you think.

Don't see it if If you don’t like to intently listen to the dialogue, don’t like thought provoking plays,don’t like great acting & pauses to absorb it all

See it if You want to see something original, deep and thought provoking. Great acting. Very witty. Dark humor to the max.

Don't see it if You don't like anything too dark.

See it if you want Becket to write on the op-ed page about our evil times.

Don't see it if you want a "tired businessman's" show.

Also Be prepared to think. The cast of three deliver Natalie Menna's enigmatic text to perfection. Harry (Brad Fryman) and Clay (Sean Hoagland) are uncle and nephew, Vladimir and Estragon, caring for and -- and Clay caring a bit too much for -- Harry's wife Luella (Maiken Wiese).... Read more Read less

See it if Post-apocalyptic revolutions against the word-police seem likely.

Don't see it if Sparse dialog however clever doesn’t satisfy you.

Also Samuel Beckett would have written this play had he had the misfortune to live into the XXI millennium. Brilliant lighting by Lucky Pearto, superb sound by Andy Cohen, clever costumes by Janet Mervin, and a thrilling cast; Brad Fryman, Sean Hoagland and Maiken Wiese, individually stars and the finest ensemble Off-off Broadway.... Read more Read less

See it if You want questions, not answers. The play includes a "complex Rockette".

Don't see it if Want bright lights and an "easy Rockette".

Also The playwrite Natalie Menna takes you on a final trip to nowhere with three Brits in post-WW3 America. Charming and alarming in equal parts.... Read more Read less

See it if you like plays that aren't traditional, dark plays that provoke thought, lots of wordplay.

Don't see it if you like classics or are scared of bombs or dark comedy.

See it if you fancy an absurdist view of the apocalypse.

Don't see it if you lack patience (the payoff is worth the wait.)

Also Natalie Menna gives her cast a lean script. Brad Fryman, Sean Hoagland and Maiken Wiese give Occasionally Nothing the performances of their lives. The play gives you enough to think about for a week.... Read more Read less

See it if You miss the absurdist plays of the 50s.

Also Natalie Menna writes about the near future in the manner of a Becket or a Pinter. Her cast (Brad Fryman, Sean Hoagland and Maiken Wiese) understand the pauses as well as the words. Andy Cohen's sound, Lucky Pearto's lighting and Janet Mervin's costumes all contribute handsomely to the overall effectiveness of this fascinating play.... Read more Read less

See it if Becket and Pinter are your favorite playwrights.

Don't see it if Niel Simon is your favorite.

for a previous production “We find ourselves in a bleak world where three survivors are hiding out after a nuclear holocaust. Virtually nothing is left...Dumeng brings out a lot of musical humor and the glory of being an American, even when there is no more America. It really is like a one-hour roller coaster ride, for wh...
read more
Get Alerts Alerts On Alerts Off
for a previous production “The writing here is spare, brutal, and emotionally resonate. Menna has imbued her work with a musicality for both the words and the long silences that fall in between...Menna’s dialogue crackles with energy and wit...The play takes a turn and lands an emotional wallop on the audience...Dumeng in...
read more
Get Alerts Alerts On Alerts Off
Drama Queens Reviews
for a previous production “If British accents don’t spark your interest, come to watch the fantastic actors perform. Physical comedy adds a delightful layer to the quick humorous exchanges over the meaning of nothing...The writer plays with the meaning of words as we watch the characters struggle to survive and maintain p...
read more
Get Alerts Alerts On Alerts Off 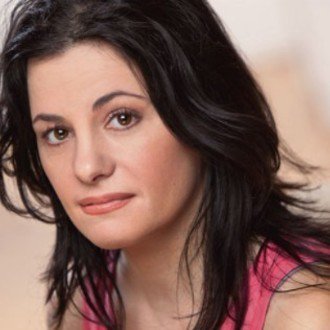 Natalie Menna
Playwright
Get Alerts Alerts On Alerts Off 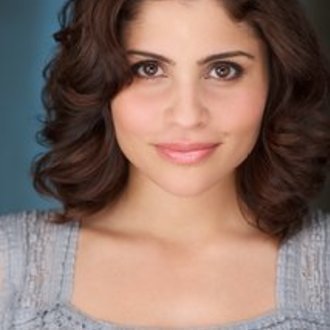 Ivette Dumeng
Director
Get Alerts Alerts On Alerts Off