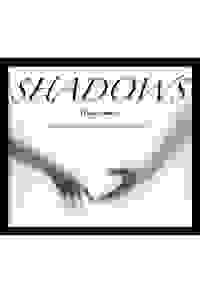 When a married woman starts an affair in her NYC pied-a-terre, she discovers it is haunted by spirits. Trapped by their own violent past, the spirits try to stop this affair from escalating. Past informs the present as the cycle repeats itself to a dramatic conclusion.

See it if you enjoy viewing ultra-talented performers sing, dance, and act.

Don't see it if you don't like ghosts, nor gothic dark material.

See it if if you enjoy musicals and dance, like intimate minimalist productions, and don't mind ghost stories.

Don't see it if you like spectacle and special effects; don't enjoy an atmosphere of spookiness or a story told through dance

Also I enjoyed the show but thought there was a lot of untapped potential. On a bigger stage, perhaps the beautiful dances could be expanded upon and more dimension could be added to the main characters.

The story of a past tragedy (told through dance) is juxtaposed against a story of an extramarital affair between 2 characters who I felt were a bit frustrating.

The songs sung by the two main actors felt a bit cliched and unoriginal. The female lead has a beautiful voice. The male lead is a little uneven, but he did a fantastic job on a song in Act 2. Songs accompanying the dances have a haunting, ethereal quality to them, and I enjoyed these more.

Plot is pretty straightforward and nothing incredibly innovative, and the ending felt a little out of left field.

See it if lead actress was excellent, dancers were marvelous. Lead actor was hard to hear until the very end. Small theater got very warm

Don't see it if you can't sit for 100 minutes without intermission or can't tolerate heat.

Don't see it if The main linear plot is a little thin, and the show overall could be polished more. The show is not a finished product yet

See it if You like amazing choreography and watching the moves of a master dancer. Like the idea of an original modern gothic ghost story.

Don't see it if You expect musicals to have songs that move the show along and have good lyrics.

Also Irina Dvorovenko is an amazing dancer and the stage lights up whenever she is on. The show is totally worth seeing for her. The lead actress, Janine Davita, has an amazing voice but only two songs reflect it. John Arthur Green is relatable but his songs are weak.... Read more Read less

See it if you like looking at beautiful bodies.

Don't see it if you want to see something original and engaging.

See it if You’re a fan of ABT style ballet storytelling within a simple musical. Amazing dancing,singing and acting with minimal set and costumes.

Don't see it if You’re not into story involve infidelity. You only want musicals with a strong original score and lyrics. You don’t like minimum set changes

See it if you like singing & dancing in shows. There were also a couple/few surprise moments, which were cool.

Also I thought a couple of the songs were sung too fast, felt like the words were rushed.. would have been better slowed down a bit.

Overall, I was impressed with this show - they made great use of the stage and the transitions between scenes was excellent. The cast were wonderful and the dancing was fantastic! :)

See it if you like gothic romance stories, musicals, and (amazing) ballet dancing. Irina Dvorovenko made this show. She is a goddess.

Don't see it if you have high standards for original songs in musicals (these were not great); you don't enjoy ballet.

Also I thought this was a very interesting idea and it has a lot of potential. The female lead was absolutely fantastic but the male lead was not great. It was hard to hear him and he couldn't pull off many of the songs. I also thought that it was really unnecessary to have the leads spend that much time making out. It was hard to believe that they actually have any sort of deeper connection. The song lyrics also left a lot to be desired though the music was pretty good. The dancing was amazing though and added a lot to the show. The use of shadows and lighting was brilliant.... Read more Read less

See it if you like shows with with multiple timelines, you enjoy lovely dancing, you want to support original work, you like intimate show

Don't see it if you don't like shows that heavily feature infidelity, you want to see a large ensemble show

Helpful?
View in admin Edit
V
Vivienne
Whitestone
Female
21 reviews
Get Alerts Alerts On Alerts Off
80
Ambitious, Can see the thought process behind it, Needs a few more fleshing out moments
December 2nd, 2018

See it if You are interested in seeing new musicals that don't provide the typical musical dance "numbers."

Don't see it if You aren't willing to wait for the final dance to fully wrap up the ideas and story being told.

Also The final dance sequences make clearer the dance sequences in the first as well as part of the second act. For me, while I love dance, I felt the earlier sequences needed to be shortened -- make the point and don't tarry. It didn't bother me too much that the ending was a bit of a quick surprise, but I do feel that another moment or two needs to be added/strengthened/whatever to make that ending so not such a surprise. Luckily, the lead Actress (who plays Claire,) is really good (yay for us Michigan alumns!) so it's okay. And, the "death" scenes were actually done quite well, both by the real actors as well as the Shadow dancers. There were some really lovely choreographic touches -- the two shadow dancers/stage "crew," and the moment when the lady in silver dances into the hanging of herself. Musically, there were some times when the lyrics were "blurred" and I could only catch some of them - and that needs to be corrected either by better vocal diction or something.... Read more Read less

See it if You love a balance of a dance and musical... romance and tragedy

Don't see it if You want a very light show

See it if You enjoy new/creative concepts in musicals, you enjoy ballet

Don't see it if You're looking for a spectacle musical

See it if See if you like musicals , dancing and a romance. This play also has a riveting dark side.

Don't see it if Don't see if you don't like plays about ghosts and romance .

See it if You like intimate productions, you would enjoy a blend of ballet and musical theater, you don’t need anything particularly thought provoking

Don't see it if You are afraid of ghosts, you are a purist, you want an intermission, you want something current/topical

See it if Very interesting and absorbing take on a modern ghost love story!

Don't see it if you do not believe in ghosts or in singing & dancing with ghosts!

Don't see it if you expect a big Broadway show. This is a theater-dance-musical experience that is growing beautifully

Don't see it if You are going through a bad time in your marriage, since it might make you think a bit too much

See it if You like beautiful voices, the beauty of ballet, and small casts.

Don't see it if You don't like simple plots and small stages.

See it if ...you love "different"! This is a show I believe will take off! It is such a masterful mix of dance, singing, and a wonderful ghost story

Don't see it if ...you just want to see the same old stuff.

See it if you want to see something really different-a show that is part modern romance, part ghost story--beautiful, moving, sexy and spooky.

Don't see it if only if you 100% hate music and dancing. Shadows is not like other musicals, but they do sing and dance. Beautifully.

"The flier for 'Shadows,' subtitled 'A Dance Musical,' calls it 'a Gothic ghost love story,' adding, 'It's Twyla Tharp meets Stephen King.' If only. 'Shadows,' written by Randall Cook (book) and Edison Woods, Maxim Moston and Karen Biskho and choreographed and directed by Joey McKneely, does tell...
read more
Get Alerts Alerts On Alerts Off
“One of the most impressive and sophisticated musicals to premiere in the NYC indie theatre scene...The show is a cross between musical theatre and straight-up ballet...and it generally excels in both areas...The real highlights...are the technical production elements...The only downside is that ...
read more
Get Alerts Alerts On Alerts Off
“Something very different and very engaging...These stories intersected in a way that felt like a dance in itself and created an almost magical tone to the whole show... Being one of the few musicals that focuses on just two characters interacting in one space, featuring beautiful dance interlude...
read more
Get Alerts Alerts On Alerts Off 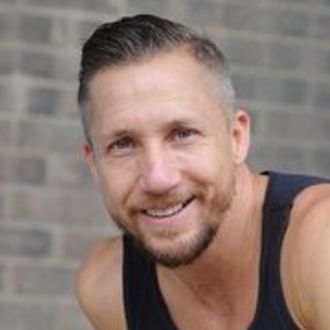 Joey McKneely
Director / Choreographer
Get Alerts Alerts On Alerts Off 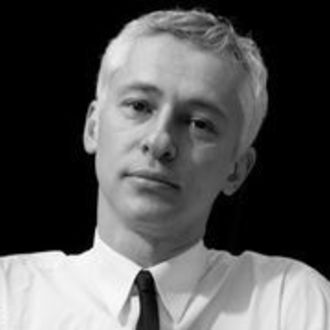 Maxim Moston
Composer / Lyricist
Get Alerts Alerts On Alerts Off 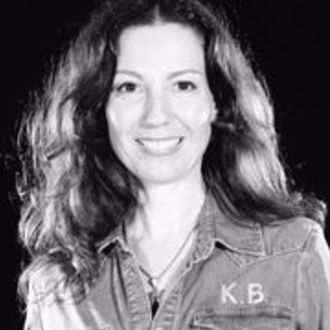 Karen Bishko
Composer / Lyricist
Get Alerts Alerts On Alerts Off 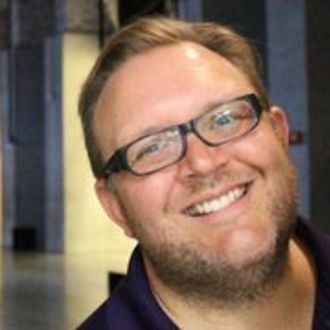 Randall David Cook
Bookwriter
Get Alerts Alerts On Alerts Off 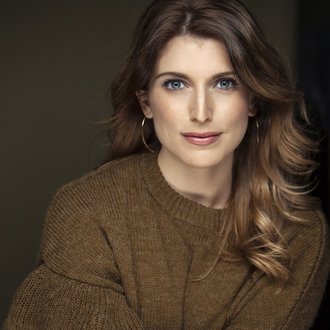 Janine DiVita
Claire
Get Alerts Alerts On Alerts Off 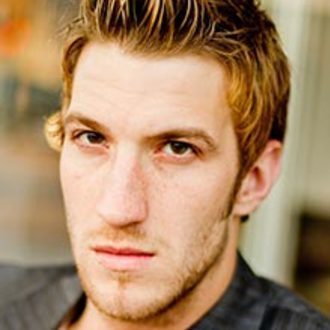 John Arthur Greene
Alex
Get Alerts Alerts On Alerts Off 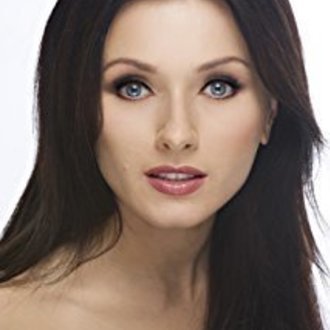 Irina Dvorovenko
Cast
Get Alerts Alerts On Alerts Off