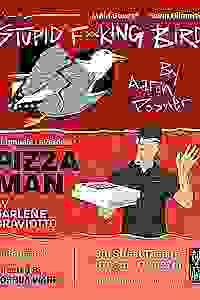 Art of Warr Productions presents a new staging of Aaron Posner's irreverent and contemporary remix of Chekhov’s "The Seagull." More…

An aspiring young director rampages against the art created by his mother’s generation. A nubile young actress wrestles with an aging Hollywood star for the affections of a renowned novelist. And everyone discovers just how disappointing love, art, and growing up can be. In this irreverent, contemporary, and very funny remix of Chekhov’s The Seagull, Aaron Posner stages a timeless battle between young and old, past and present, in search of the true meaning of it all. Original songs composed by James Sugg draw the famously subtextual inner thoughts of Chekhov’s characters to the surface. STUPID FUCKING BIRD will tickle, tantalize, and incite you to consider how art, love, and revolution fuel your own pursuit of happiness.

See it if You like “outside the box” types of shows. This is quirky in all the right ways. Long but worth it.

Don't see it if You don’t like shows that make you think. This one definitely is a show that lives most happily in the dark corners of your brain.

Also I love Aaron Posner’s writing! I love the way he takes a classic and turns it on its head, keeps the central theme but let’s us see it from a completely new, fun angle.... Read more Read less

See it if A really interesting piece and take on Chekhov's the seagull. Funny at times and innovative. All around good show.

Don't see it if 3 hrs long, if you dont like profanity or non traditional theater. Breaks the 4th wall.

See it if your only experience with Posner is his "the joke is on the audience" "Life Sucks" and you want to see that he actually can write.

Also Posner has much more respect for the audience here than he does in his shameful Life Sucks. The jokes and writing are solid and the acting very good.

If this was awful, it would have been my last Posner play (no need to support an overrated pretender) But it actually well written and I would happily attend another Posner show.

If you saw the first version of this play in 2016, I can, based on the play's references, promise you that this version is quite different. Don't let your previous attendance be an excuse for not going to see this.

The first act is overly long and would benefit from a sharp knife, but Acts II and III move swiftly to an adequate conclusion.

See it if If you like an open script & audience participation.

Don't see it if you like plays with a predictable plot and ending.

See it if U enjoy modern adaptations of classics and especially A Posner's Life Sucks & are willing to endure a not all that great production of one.

Don't see it if U dislike plays breaking 4th wall--especially one in which actors step out of character,sets & costumes that are inconsistent w/ text

Also I didn't see the 1st production of That F*g Bird.I liked Life Sucks,so when I saw there was a new production of Bird,I went.I enjoyed the script;the production was weak.The actors didn't just break the 4th wall, they stepped out of character to interact w/ an enthusiastic opening night audience which seemed to have many personal friends of the cast.EX: Dev (the shy character) yelled out to a girl in the audience "I like your hat." She yelled back "I've had it since 6th grade."This is very different than an actor in character asking questions in the script. It felt like a Carnival cruise.Life Sucks was set in a specific time & place.This wasn't.Costumes & sets were from 2 different eras. The costumes weren't consistent w/each other. If it's as if someone used whatever was in a child's dress up box.While there were a couple of good performances, some of the younger actors weren't that good & 1 was just plain awful.Enjoyed the evening,but it felt like a community theatre production.... Read more Read less

See it if you missed the 2016 production; you want to see if Posner's text holds up with no bells and whistles; you want to support some rising talent

Don't see it if you need a polished production or actors that know how to project. But the text really stands on its own.

See it if a strong production of a brilliant show. You don't need to know or like Chekhov to appreciate this play, but it certainly will help.

Don't see it if small, blackbox productions that run nearly 3 hours aren't your thing. You don't like profanity or breaking the 4th wall.

Alyssa 8198
Brooklyn
Female
189 reviews
Get Alerts Alerts On Alerts Off
85
Title alone is worth the price, Thoroughly enjoyable
October 6th, 2019

See it if you'd like an Aaron Posner takeoff of Anton Chekov's The Seagull. Excellent acting, & as likeable as his Uncle Vanya redo, Life Sucks.

Don't see it if You don't like takeoffs, lots of F-bombs or even a little breaking through the 4th wall. Otherwise, can't recommend it enough.

Also Honestly, I loved it. I thought this was a good production, given the low budget one can imagine available for shows at 13th Street Rep. Good direction. I laughed, and I needed to laugh. See it.... Read more Read less

See it if you want to see Chekhov's play deconstructed and transported to the 21st c.

Don't see it if you can't stand your classics tampered with, you don't like it when actors break the 4th wall

See it if you like farcical deconstructions of classic plays that explore subtle themes in over the top ways and well done meta-theaterical moments.

Don't see it if you want a straight play and a straight take on Checkov, do not like the above concepts. Want more ornate staging.

Also I like Posner's takes on Checkov and I think he has a sense for the themes and their ridiculious but interesting nature. The play explores the themes both ways and if you enjoy the Seagull its a fun take on it.... Read more Read less

See it if Aaron Posners take on chekhov's the seagull. Very entertaining, good laughs and some sad moments. If you liked the recent production of

Don't see it if Life sucks. This is similar in nature with some audience participation and filled with zaniness.

Also Good acting and made for an entertaining evening. I attended the opening-night production... Read more Read less

See it if into a current-day, good production of an inspired-by-a-classic

Don't see it if if you need your classics "proper", or a 2-intermissions show is just too much

Also There is nothing revolutionary here - just 7 actors bringing it to make an enjoyable, loose experience. This is a self-mockingly barebone production (an ongoing symbolic-lake joke, Con's suit and pajamas are seemingly made from the same fabric), but it does deliver in the lovely-time department.... Read more Read less

See it if It is somewhat experimental but an interesting dive into love and life and the good and the bad. Creative and pain filled but special

Don't see it if Don’t see It if you want candy coated happy go lucky. It’s a trip.

See it if you don't mind making fun of yourself and pretty much everyone including Chekov.

Don't see it if you want a simple comedy sans layers.

Also I didn't see this play the first time around, so thought I'd give it a whirl. I didn't expect much and was very pleasantly surprised. I wasn't bored for any one of the 2 hours and 40 minutes, though two intermissions were welcome. Excellent casting! Also excellent updating here and there by the director (with the playwright's consent).... Read more Read less

See it if you enjoy theatre that is purposefully self-aware and uses solid talent.

Don't see it if you're not a "theatre person" as you might not connect with the material.

See it if like thoughtful and challenging play, energetic acting, intimate atmosphere

See it if you're into Chekhov; don't mind low-budget plays; and are open to times of slowness and uneven performances - but overall not terrible

Don't see it if you don't want to sit through a long, unmemorable play

See it if you are a fan of Aaron Posner.

Don't see it if you saw 'Life Sucks' and expect it to be as good.

See it if you want an updated script screaming CHEKHOV IS ABOUT EXISTENTIAL ANGST! in your face, most of the time amusingly.

Don't see it if your expectations were shaped by "Life Sucks." This was good, but not AS good.

Also Smart, funny script, but nowhere near as good as "Life Sucks." Actors were pretty good (this is, after all, a parody, so don't look for nuance; everyone is gong over-the-top.) Costume designer was inspired to dress Arkadina (Conrad/Konstantin's actress Mum) in blue & gold throughout the play, suggesting the Virgin Mary, which was amusing, if incongruous, and I hope nobody was trying to suggest Conrad is a Christ figure, cause I'm pretty sure that was never Chekhov's intent. Masha was dressed a la Catwoman, so that was odd. Pro tip: When the actor playing Conrad strides down the aisle ten minutes past the posted curtain time, shouting that the play will begin when somebody says, "Start the f**cking play!" you should instantly shout "Start the f**cking play!" unless you want to sit there even longer waiting for something to happen onstage. For 2 hours and forty minutes, it was pretty good; I wasn't bored, the actors were good, and I laughed several times. There are worse things to see.... Read more Read less

See it if You are familiar with The Seagull and interested in meta commentary on theatre and the arts.

Don't see it if You don't like the fourth wall being broken.

Also I found this production a little lacking, but the script is excellent and worth seeing performed in any capacity.... Read more Read less

See it if to fill an afternoon, a little drama with some light humor

See it if you like Chekhov, good acting and engaging characters and discussions of life philosophy and the big questions.

Don't see it if don't like a play based on The Seagull or hearing the word f***k a whole bunch of times.

See it if you like the classics reinterpreted for today.

Don't see it if want to see unadulterated Chekhov.

See it if you want to see strong performances.

Don't see it if you are not interested in an adaptation of The Seagull by Chekov. Runs the line of knowing its source material and being "theatre centric."

Also This is a provocative play, funny and heartbreaking and unafraid to pose big questions to the audience.

The cast is great, especially the actors playing Sorn (loved his monologue about faking feelings) and Conrad--he really delivers in his big conflict scene with his mother, and his final monologue had me on the edge of my seat (and tearing up, too).

Loved the costumes, and the set design was clever.

"This updated, deconstructed Chekhov adaptation keeps it real with profanity and a tragic sense of life…I admire the writing and directing in this provocative show, which is very much for our century… Warr's direction allows for a lot of alienation and numerous moments of palpable tenderness."
read more
Get Alerts Alerts On Alerts Off

Art of Warr Productions
Producer
Get Alerts Alerts On Alerts Off 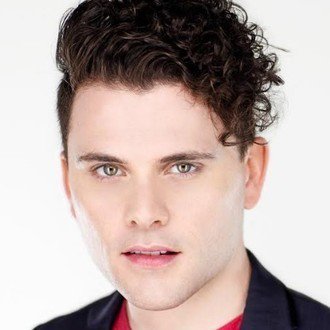 Joshua Warr
Director
Get Alerts Alerts On Alerts Off