In a not-so-distant Beckettian future, years after The Big War, a tiny kingdom wrestles with the problems of running a nation, sparring with the concepts of what makes a citizen, a country, and a civilization. More…

TERRA FIRMA is set in a not-so-distant Beckettian future–years after a conflict known as the Big War, in which a tiny kingdom wrestles with the problems of running a nation–and opposing notions of what makes a citizen, a country, and a civilization. The play is inspired by a real-life event and its aftermath: In 1960’s Britain, a retired WWII army major claimed an abandoned aircraft platform in international waters off the coast of Essex as his own sovereign nation, planted his flag, and coined a motto, E Mare Libertas! (From the Sea, Freedom!). TERRA FIRMA was originally a commission for the Royal Court Theatre, the premiere venue for new writing in the UK. This production is co-presented with Baruch Performing Arts Center.

Don't see it if Despite the fact that this is based on a true situation, the production never achieves any degree of believability.

Also The playwright doesn't lay the groundwork of the situation and consequently the actors and director have no base on which to build a reality. It all seems very self-indulgent and arbitrary.... Read more Read less

See it if excellent dramatic acting based on a true but rather unbelievable story. Thought provoking commentary on today's political landscape

Don't see it if You are not into heavy drama and loud noises (simulated explosions). If musicals and light comedy are your thing this is not your show.

See it if You like surreal shows that deal in metaphors for life.

Don't see it if You were looking for a story drawn from real life.

See it if The physical production and staging are first-rate, and the acting, overall, was outstanding.

Don't see it if It's a dull play lacking in humor or insight. As a political allegory, it's a confusing and non-specific one, given the state of the world.

See it if you're interested in allegories about climate change. Some great performances including Andrus Nichols, Tom O'Keefe and John Keating.

Don't see it if you're easily confused by unclear staging.

See it if ...you want to support a wonderful new theatre company who is doing engaging and stimulating work!

Don't see it if ...you don't want to be reminded of the political climate we live in and face the reality out there!

See it if You want a jumping off point to learn about sea land which is actually super interesting.

Don't see it if This piece encapsulates everything that’s wrong with theatre. No plot. Characters not grounded in reality. Way too long.

Also The actors really gave it their all and while I admire that, I gotta say this- the moment Nicols came on stage with the raised hand gesture thing I slumped into my chair was was like ‘oh Jesus Christ this ones gonna be a peach’. And by peach I mean train wreck disaster. Sorry if that hurts feelings. I just have to be honest cause when I fly in from Chicago to see some shows I get pissed when they suck.... Read more Read less

See it if you love a new, exciting theatre company.

Don't see it if You don't love a Beckett Play.

Also remarkable set and the cast was excellent.

See it if you love Beckett, Albee and/or Ionesco.

Don't see it if You have a hard time sitting for longer than 90 minutes (the show is about 100 minutes long with no intermission).

See it if Ambitious play that plays on grand schemes. Fabulous set and scoring, brief flashes of brilliance.

Don't see it if Coherence.

See it if you love beautiful, strange, funny, poetic, wonderfully original writing that makes you think, imagine and laugh, be moved and afraid.

Don't see it if you have no desire to see proper theater!

Also The performances are across the board wonderful, the set is magnificent and bleak and vast and lonely. The writing is fresh and so brave and clever as well as gloriously funny and the subject is - all of us human beings, and life! GO! GO!... Read more Read less

See it if See it if you wish to see a reflection of the world in which we live today.

See it if you like absurdist works th expose RL absurdities. Why have royalty? What makes a nation, a fulfilling life? Loosely based on true story.

See it if You want a real thinker. A futuristic farcical dystopian look at our present political and social situations. Interesting set. Good acting.

Don't see it if You don’t want to think...a lot. Not sure my interpretation is even correct...but it’s what I got...so...it’s correct for me.

Also This was good. I can’t say it was great because I’m not even sure I got it. I mean I got what I got but I’m not sure what I got was what I was supposed to get.... Read more Read less

See it if you’d like to see an intriguing, imperfect inaugural effort from a new company that brings together lots of talented theater practitioners.

Don't see it if you are looking for a realistic play.

Also The people behind the new theater troupe THE COOP were involved over the past 4 seasons or so in a series of stage adaptations of 18th & 19th century English novels, within the Bedlam troupe & outside it. I am glad that for the new group’s inaugural effort they went in a very different direction. “TERRA FIRMA” feels like it draws from the allegorical political theater widely practiced in the mid-20th century Europe—Brecht’s parable plays, Dürrenmatt, some Camus, the French & Eastern European Absurd. But the world of this play is ours in the future, stark in its particulars & vividly evoked. The play is consistently thought-provoking & intermittently affecting—some stretches of dialog felt strained. But how refreshing that this play draws from none of the more common streams of playwriting today, that it looks beyond its nose, beyond personal pain, beyond domestic & even social ills to ask apocalyptic questions. I look forward to more from this writer & this troupe.... Read more Read less

See it if Effort by the cast. Always enjoy Keating. Baruch has a nice theater space. Talk-back always a plus.

Don't see it if Although based on a true tale. somehow it did not work for us,, Avoid front row (high stage)

See it if People 4 living on a small island and explosives going of around them. They are paranoid someone is out to get them.

Don't see it if If you want a clear story of what happening.

Also I never know about this little island. The acting was good. The story was slow and not to clear to me. Still enjoyed it.... Read more Read less

See it if Want to see an apocalyptic vision (based on true story) of people trying to define country, civilization and hope for the future. Ambitious.

Also I'm all for emerging theater companies and earnest attempts at tackling complex issues. This had promise , but grew tedious with too much repetition and unfocused story. I just didn't care for the characters (despite their precarious circumstance) and it was somewhat confusing to follow.

The play introduces the glimmers of plot points that might have been interesting if developed further, but in this incarnation just felt like red herrings.

See it if you are interested in a different take on an actual historical situation which has certain relevance to issues of today.

Don't see it if you only like musicals and comedies.

See it if You can deal with an absurd Absurdist play

Don't see it if You have a problem with slow tedious and NOISY plays.

See it if you like meditations and extended metaphors on nation building, government, social evolution. Good cast.

Don't see it if u want to be shocked; uninterested in questions at the beginning/end of civilization that determine everything after/judge everything before

Also I thought this was a good idea and enjoyed the dialogue. I just wish the events of the play were more surprising. Endears itself to Absurdist fans but needs to break from convention a bit more to feel fresh.... Read more Read less

See it if want to support a new theater company with a game cast of actors in an ambitious show. Very good set. Well intentioned.

Don't see it if Promise is unfulfilled. Story based on a real incident, is muddled & repetitive.

See it if An interesting play about the current situation of humanity. Loud noise and very uncomfortable seats make for a long one act play.

Don't see it if Do not see if you prefer a light straight forward play.

See it if you like frivolous farces, political philosophizing & fantastical scripts. 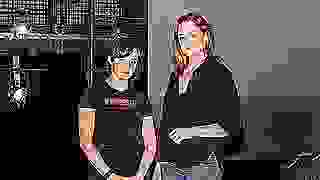 Flourishing in Bedlam, but Flying to the Coop

Kate Hamill and Andrus Nichols made their names in a theater company specializing in scaled-down classics. Now they’re forming their own troupe. 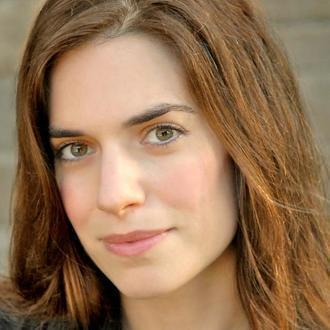 Shana Cooper
Director
Get Alerts Alerts On Alerts Off