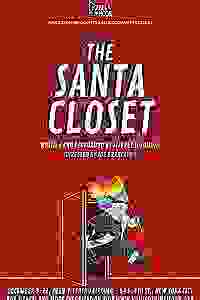 In this solo show, when a little boy’s gender atypical gift request to the North Pole is denied, a series of heart-felt letters from the child nudge Santa Claus out of the closet, and into the culture wars.  More…

The play’s Off Broadway run was heralded as “Hilarious” and “Brilliant” by Broadway World and Out Magazine. The New York Times raved: “A Delightful Surprise! … This isn’t a clumsy parody, but a sensitive, imaginative tale that really is about a boy’s realization that he is different. Mr. Solomon portrays an amazing range of characters, all of them beautifully.” A theatrical documentary in the mold of The Laramie Project and the work of Anna Deveare Smith, Mr. Solomon purports to have interviewed, and portrays, all of the key players in the scandal that has come to be known as ‘Santa-Gate’.

The Santa Closet was inspired by the national movement to speak honestly and openly to children about LGBT lives and issues, and the conservative backlash.

See it if The set design is beautiful, including the sleek Christmas presents and beautiful white Christmas trees (including one upside down!)

Don't see it if One-dimensional, manic in presentation, & lacking in depth. F.A.G.A. joke is corny. Usually love LGBT shows but this is a definite miss.

See it if you like solo shows with a terrific set. Too bad the show doesn't live up to it. Tries too hard to be too much and succeeds at nothing.

Don't see it if you're hoping for holiday cheer. It's neither campy, nor clever, nor insightful. Keeps sidetracking itself and you just want it to be over 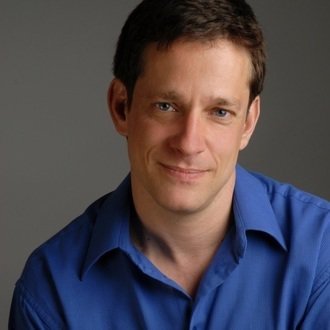 Jeffrey Solomon
Writer / Performer
Get Alerts Alerts On Alerts Off